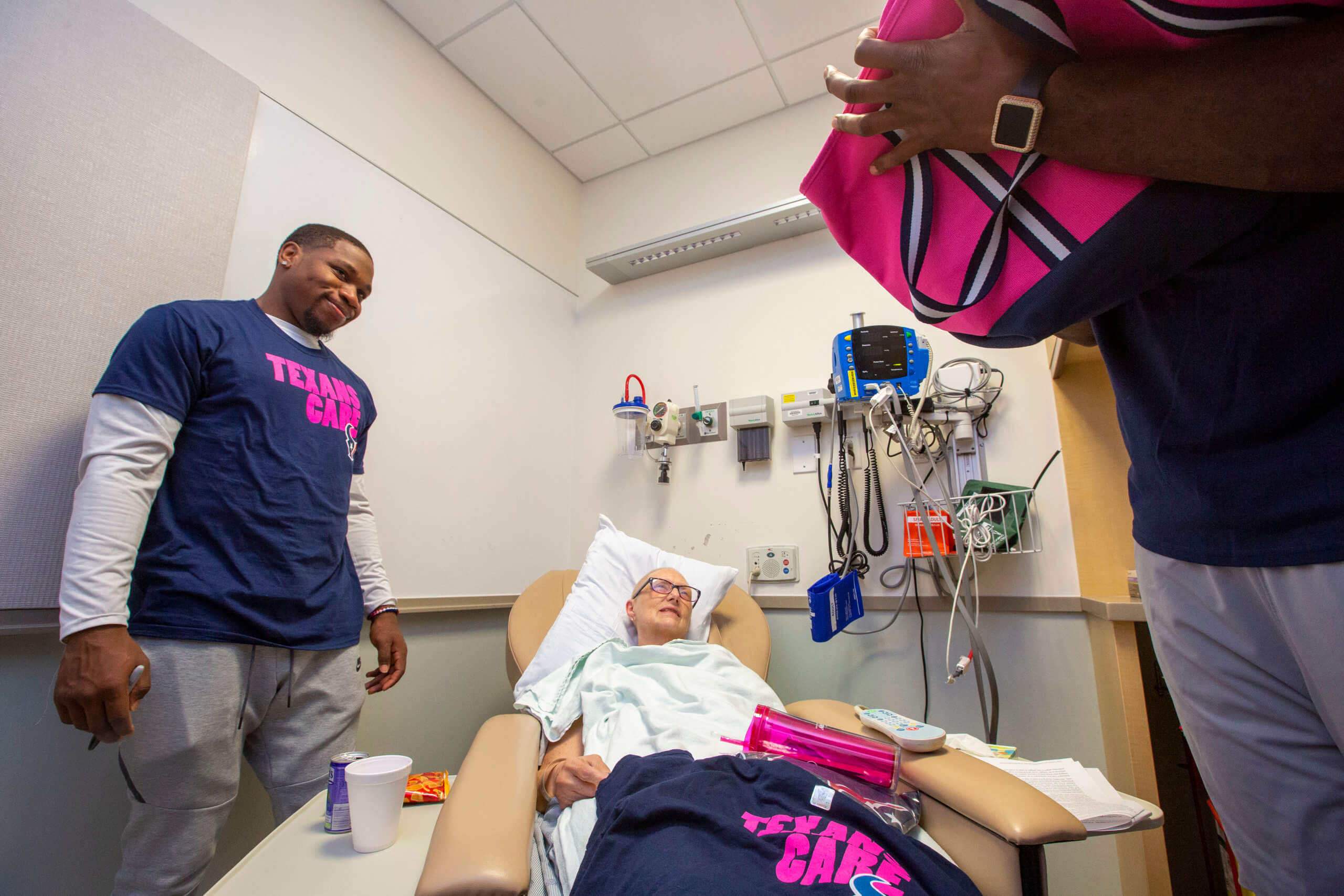 Bearing pink team gear as gifts and wearing breast cancer awareness shirts, Carter and Johnson spent their only day off this week interacting with patients at the hospital system’s flagship hospital in the Texas Medical Center (TMC) as well as at the Sugar Land and Willowbrook locations.

While at Houston Methodist‘s TMC location—the official health care provider of the Houston Texans—Carter and Johnson took photos with patients and breast care unit staff, signed autographs and chatted with patients and their families.

One lucky patient also won tickets to Sunday’s Texans game against the Atlanta Falcons at NRG Stadium, which will be Pink Ribbon Day as well as a celebration of the Crucial Catch program. Started in 2009 as a collaboration between the NFL and the American Cancer Society, “Crucial Catch: Intercept Cancer” aims to promote screenings, early detection and risk reduction efforts for all cancers—including breast cancer.

“It is a very important game and we are also dedicating the game to Bob McNair,” Johnson said of the team’s former principal owner, who died last year at 81 and had battled several cancers. “There are so many things we are dedicating this game to, so it is important for us to win.”