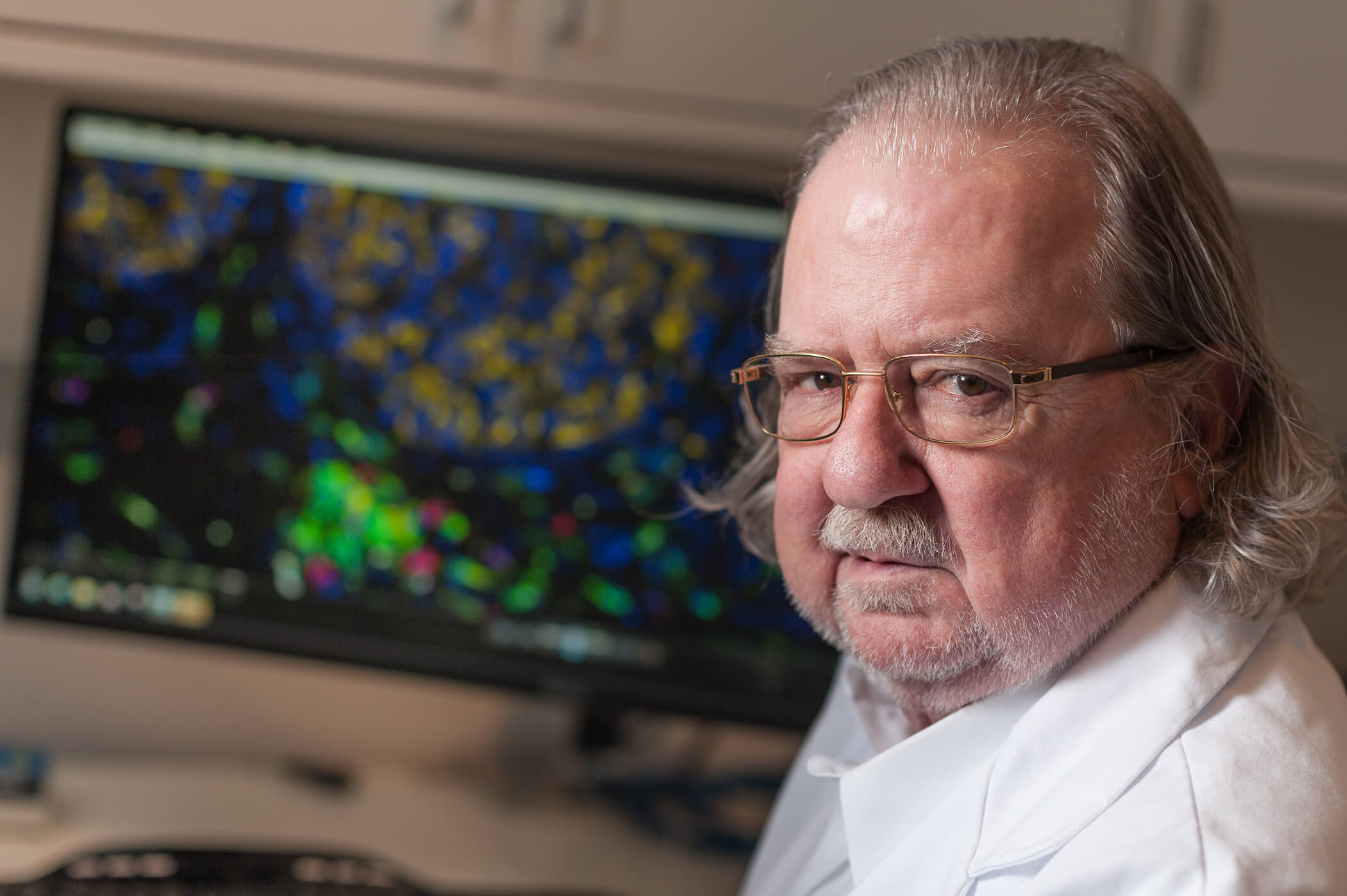 The voice that conducted the opening monologue on Saturday Night Live’s season opener this weekend, actor Woody Harrelson’s, will guide viewers through the life of Houston Nobel laureate Jim Allison, Ph.D., beginning this week in the Bayou City.

“Breakthrough”—a documentary about the scientist’s race to unravel the mysteries of the immune system’s T cells in search of a new cancer-attacking tool—had its world premiere this year at SXSW in Austin, Texas.

The 90-minute film, released in other markets last Friday, has two special Saturday showings that will culminate with Q&A sessions featuring Allison and filmmaker Bill Haney. At this posting, tickets remained available for the 4:30 p.m. show. (The 7 p.m. is sold out.)

Allison is a researcher at The University of Texas MD Anderson Cancer Center who personally has battled three types of cancer and was motivated over the decades by the loss of relatives to the disease.

Narrated by Midland-born Harrelson with music by the legendary Willie Nelson, who hails from a town north of Waco called Abbott, the Allison-centered film creates a “holy trinity of Texas,” Haney said after the SXSW debut.

Subtitled “This Is What a Hero Looks Like,” the documentary tells a deeply Texan story laced with the Lone Star State’s culture, institutions, characters, places and music—namely country and blues.

Allison earned his degrees from The University of Texas at Austin and honed his fascination with understanding how T cells operate in the immune system at an MD Anderson science park in Smithville, Texas. The mutual admiration between Nelson and Allison appears in one of the final scenes as the immunologist—onstage with the outlaw country artist at Austin City Limits—plays “Roll Me Up and Smoke Me When I Die” on the harmonica.

Click here for more information about “Breakthrough” showtimes at the River Oaks Theatre.