How High Will Drug Prices Climb?

How High Will Drug Prices Climb? 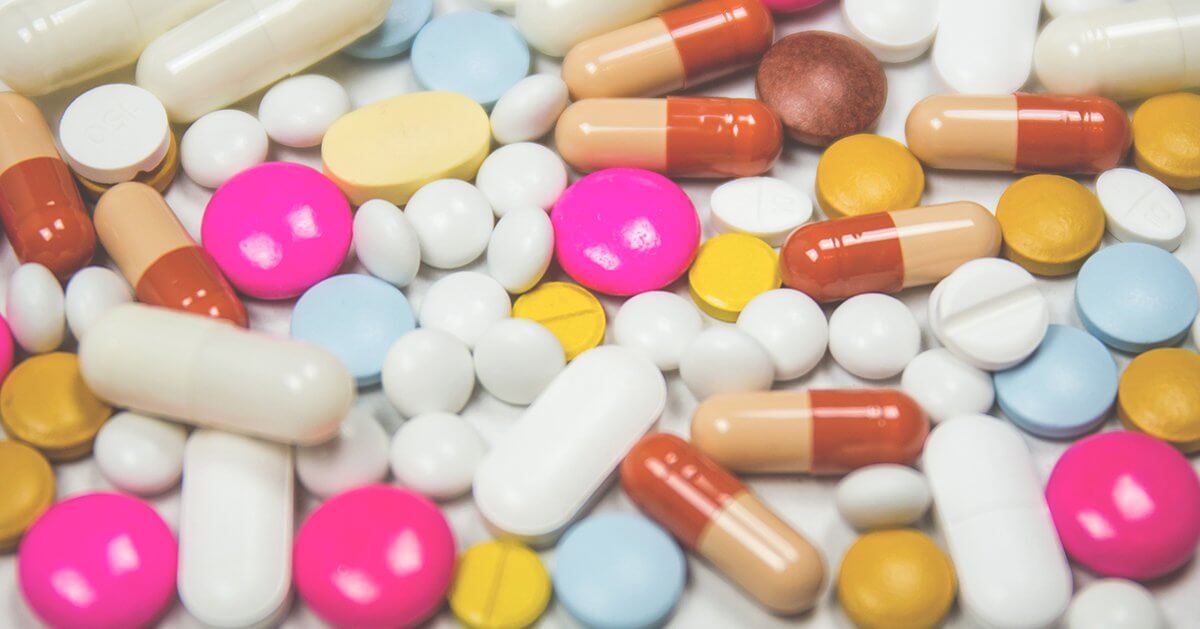 Hagop Kantarjian, M.D. has been practicing medicine for decades. But it was just five years ago that he began his crusade against the soaring cost of cancer drugs.

Kantarjian, who chairs the leukemia department at The University of Texas MD Anderson Cancer Center, noticed promising, new drugs to fight leukemia had price tags in excess of $140,000 per patient. Even older drugs, once considerably more affordable, were approaching six figures, as well.

Since then, Kantarjian has written a petition, become a frequent media voice and authored more than 20 op-eds and journal articles decrying the high price of cancer drugs and arguing for ways to push costs down. His efforts are not paying off.

“The progress,” Kantarjian said, “has been zero.”

He’s right. The average annual price of new cancer drugs per patient increased from less than $10,000 before 2000 to $145,000 in 2015, according to Rice University’s Baker Institute for Public Policy, although patients are not necessarily responsible for covering the full cost of these drugs. Kantarjian estimates 40 percent of his leukemia patients are getting less than optimal care because they are unable to afford the leukemia drugs they need. “They just disappear and don’t take the drug, and they die,” Kantarjian said. “That’s the reality of my clinic—every day.”

The cost of drugs has emerged as a leading political issue. In recent years, extreme price hikes for drugs, including EpiPen and Daraprim, have become national, high-profile scandals. More than 75 percent of Americans say the cost of prescription drugs today is unreasonable.

How did we get here? Drugs represent a rapidly growing share of total health care costs, with retail prescriptions (those obtained at a pharmacy) now exceeding 10 percent of the $3.3 trillion the U.S. spends annually on health care. If you add in chemotherapy and other drugs administered by doctors, that rate is even higher.

It hasn’t always been this way. Until the mid-1990s, the U.S. spent about the same amount on drugs, per capita, as the rest of the developed world. Today, the U.S. is an outlier. U.S. per capita spending on retail pharmaceuticals is about $1,000 annually. That’s more than double United Kingdom spending and about 50 percent more than spending in Canada and Germany, according to the Commonwealth Fund.

President Donald Trump, along with Health and Human Services Secretary Alex Azar and Food and Drug Administration Commissioner Scott Gottlieb, all say reducing drug costs is a major goal. Experts say a pair of plans the administration released in February attack the issue at the periphery but don’t tackle the “list price” of drugs head on.

Meanwhile, any serious effort to reduce drug prices will almost certainly face opposition from a drug manufacturing industry that spends massive sums on lobbying—more than $170 million last year alone. So how can the country reduce the soaring price of drugs?

In 2003, Congress passed a law that prevents Medicare from negotiating drug prices with manufacturers. Removing this provision, health policy experts say, could help reduce drug prices, given the negotiating power such a vast program would have.

Giving Medicare negotiating power could have reverberations across the health care sector, experts say, since private insurers often peg their reimbursement rates to those of Medicare. And there’s precedent for such a move. The U.S. Department of Veterans Affairs, which does have negotiating power, has brought down drug prices in its programs.

Allow the government to consider cost-effectiveness

When reviewing new drugs, the U.S. Food and Drug Administration must determine whether they are safe and effective. But many policy experts prefer the United Kingdom’s model. There, drugs must also be deemed cost-effective to gain approval.

The U.K.’s health agency measures “value” by examining how much a drug costs and how well it works. Unless a new drug provides greater value than existing drugs, it doesn’t win approval. Kantarjian suggests drug prices in the U.S. could be pegged to objective measures, like how many extra years of life they provide a patient, or to what extent they shrink a tumor.

Many drugs entering the U.S. today provide questionable benefits, given their cost, and drug companies simply charge what the market will bear. “I look at these cancer drugs that add a few weeks or months of life, that cost hundreds of thousands of dollars, and I don’t think it’s worth it.” said Osama Mikhail, Ph.D., a professor of management, policy and community health at The University of Texas Health Science Center at Houston (UTHealth) School of Public Health and a former executive with drug maker Eli Lilly.

Since the mid-1990s, Americans have been treated to television advertisements of happy people practicing yoga, riding bicycles and relaxing in outdoor bathtubs, thanks to the power of prescription drugs. Historically, pharmaceutical firms only promoted their products to health care providers, but eventually, they realized aging baby boomers were an untapped market.

Now, direct-to-consumer advertisements are so controversial that the American Medical Association has called for them to be banned. “Patients think because there’s an ad, [the drug] must work for everyone who takes it,” said Vivian Ho, Ph.D., director of the Center for Health and Biosciences at Rice University’s Baker Institute for Public Policy. “That’s why you should get rid of the advertising. It’s not getting patients the information doctors would want them to have.”

Doctors say consumers pressure them to prescribe the pricey drugs they see on TV, and often, those doctors are unwilling to say no for fear of losing the patient. When doctors acquiesce, everyone pays for it, and costs go up. Banning the ads would be a dramatic move that could raise the industry’s hackles, but it would actually put the U.S. on standing with the rest of the world. Only one other developed country, New Zealand, allows similar direct-to-consumer prescription drug marketing.

Drug costs in the U.S. are largely based on supply and demand. When lives are at stake, the sky’s often the limit for prices. “They’re like an unscrupulous grocery store in the middle of a hurricane that jacks up its prices to take advantage of people,” said Stan Dorn, a senior fellow with the nonprofit advocacy group Families USA.

The drug industry has long maintained that any efforts to curb costs could threaten innovation, but health policy experts are skeptical. “I think we should attack the drug companies’ continued refrain that whatever you do to them is going to stop innovation,” said Arthur “Tim” Garson Jr., M.D., director of the Health Policy Institute at the Texas Medical Center. “They [shouldn’t] say that anymore without showing us actual data.”

A 2016 study published by a Tufts University research center estimated that the average cost to develop and get approval for a new drug is $2.6 billion. But that number drew skepticism, with critics questioning the methodology of the study, the opaque nature of the data and the fact that the center itself is industry-funded.

A better number to focus on, some say, is the drug industry’s profit margins. Kaiser Health News, for example, found that 10 of the top publicly traded U.S. drugmakers earned $83.6 billion in profits on revenue of $306 billion in 2016—a healthy 27 percent pretax profit margin.

A bipartisan bill by Sens. John McCain (R-Ariz.) and Tammy Baldwin (D-Wisc.) would require drugmakers to notify the federal government and submit a report if they raise certain drug prices by 10 percent in one year, or 25 percent over three years. If drugmakers hit those thresholds, they’d be required to provide justification for the hikes, report their net profits associated with the drugs, and list expenses associated with the drugs including manufacturing, research and development, marketing and advertising.

New drug patents last for 20 years, at which point generics can compete, but experts say it’s common for name brand drugmakers to try to block generic competition. One practice that has gained a great deal of attention is the “pay-for-delay” arrangement, in which a branded drug maker will pay a generic competitor not to compete, preventing lower-cost alternatives from entering the market. The Federal Trade Commission says the practice costs consumers and taxpayers $2.5 billion in higher drug costs annually.

Mikhail, the former Eli Lilly executive, said another tactic branded drugmakers use is to make a small variation to an existing drug—say, changing the chemical composition to allow it to be taken once a day instead of several times daily—in order to extend the patent. That process is known as “evergreening.”

“Rather than creating new medicines, pharmaceutical companies are recycling and repurposing old ones,” researchers from The University of California, Hastings College of the Law wrote in a paper last year that found 78 percent of drugs associated with new patents from 2005-2015 were actually existing drugs.

Other critics have pointed to another challenge facing generic drugmakers. If pharmaceutical companies have enough control of their distribution, they can keep generic manufacturers from obtaining enough pills to manufacture a competing product. This was one of the tactics used by Turing Pharmaceuticals to achieve a 5,000 percent increase in the price of the decades-old Daraprim, used to treat serious parasite infections. Today, there is wide, bipartisan support for legislation that would prevent the practice.

If any reforms are to become reality, Kantarjian said, consumers need to become better advocates. But he acknowledges that’s not easy, especially for patients with serious conditions like cancer, who don’t have the time and resources to fight with Washington while simultaneously fighting for their lives.

That’s where he thinks doctors should step in. He points to the Hippocratic oath, which states doctors will keep patients from harm and injustice. “High prices are harm and injustice,” Kantarjian said. “[The oath] forces us to advocate for the patients, but you don’t see too many doctors advocating.”

Dorn, of Families USA, said he’s actually hopeful that reforms could be coming. He knows plenty of other advocates are skeptical, but he has seen other major reforms to the health care system enacted, such as the Children’s Health Insurance Program and the Affordable Care Act, which were previously seen as unlikely.

“I think people tend to underestimate the fluidity of the policy environment in Washington,” Dorn said. “You can’t be Pollyannaish. But I’ve seen all kinds of things happen here that nobody thought was possible.”