Since the pandemic, some doctors have started checking in on patients’ mental well-being 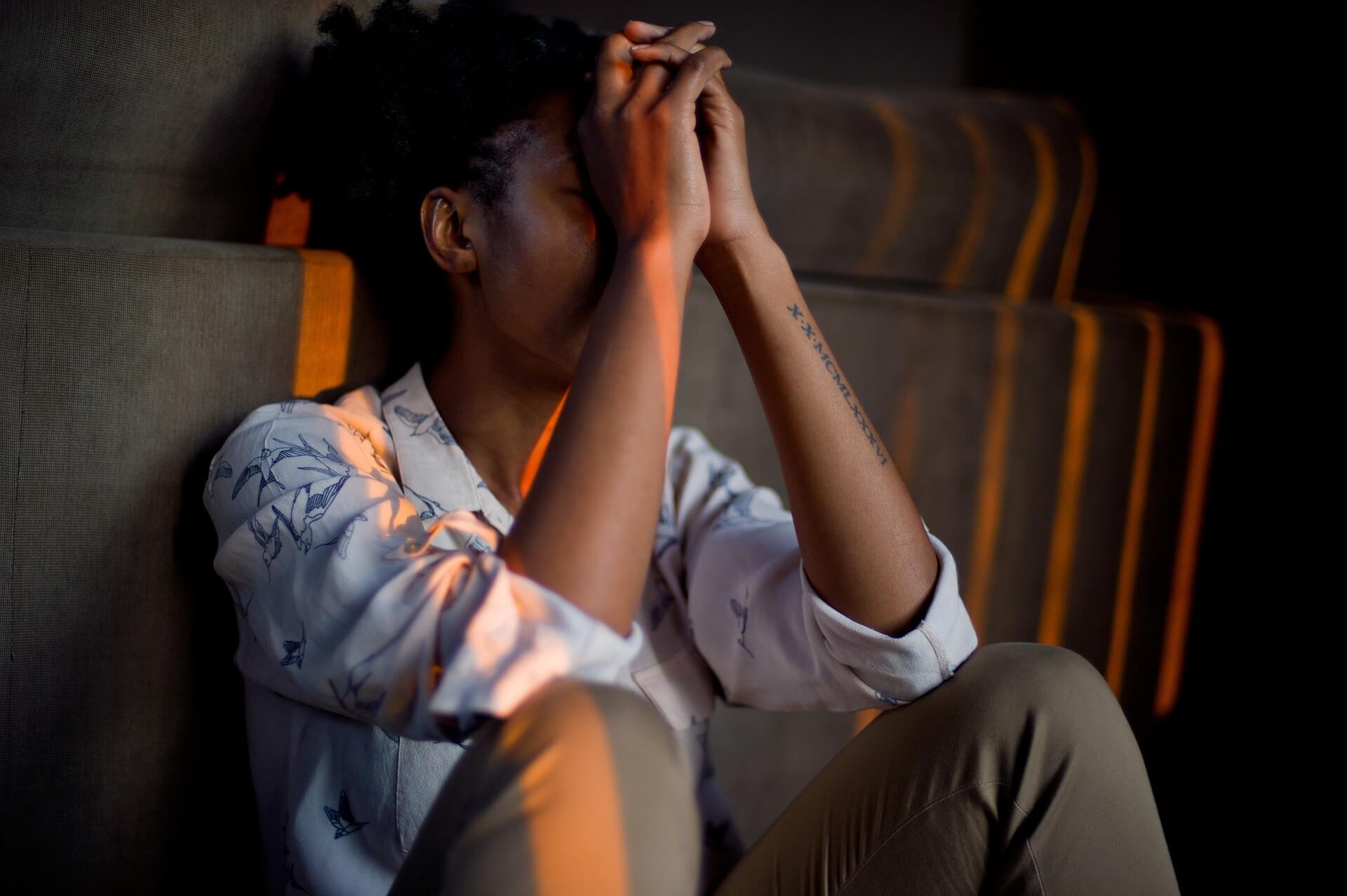 On Aug. 5, I had an appointment with my OB-GYN for my annual well-woman exam. After adjusting to life during a pandemic, I was prepared for the usual safety procedures that have become part of our new normal: face masks at all times, temperature checks, screening at the doctor’s office upon arrival and social distancing in the office.

The nurse escorted me into an exam room, checked my vitals and asked me a series of typical health questions: When was my last period? What birth control was I using? Any allergies to medications? Then, she asked me, “And how are you doing emotionally?”

It was a simple question, but it caught me completely by surprise.

“No one has ever asked me that during these visits,” I responded, a little unsure how to answer.

Although not standard practice, more and more doctors and medical staff are making it a point to ask patients about their emotional health during routine visits.

“Even among members of our staff, we realized the morale was down,” said Sidra Yunas, M.D., an OB-GYN at Memorial Hermann-TMC. “Initially, we were like, ‘Okay, this is COVID. It’s going to end,’ but then we started realizing this is going to be something that’s going to last, possibly for a couple of years, and that will definitely change our entire lives and how we look at things.”

As an extrovert, I crave social interaction, but the pandemic cut me off from my supply. My husband and I had remained quarantined at home, except for occasional trips to the grocery store. I hadn’t seen my parents and sisters since the beginning of the year. I couldn’t hug, comfort or be comforted by my close friends due to physical distancing.

The lack of socialization and human touch, combined with the uncertainty of the pandemic, had taken a toll on my mental health. I knew my situation could have been worse and I was thankful to have my health and my job, but I was feeling despondent and, some days, would find myself crying for no reason.

More than 40 percent of American adults reported struggling with one or more mental or behavioral health conditions—including anxiety and depression, trauma or stressor-related disorder, substance abuse and serious suicidal ideation—due to the pandemic, according to a report by the Centers for Disease Control and Prevention.

The report, which surveyed 5,470 people in late June, showed that these mental health conditions were elevated this year compared to previous years. Anxiety was three times higher (25.5 percent) and depression four times higher (24.3 percent) than the second quarter of 2019 (8.1 percent and 6.5 percent, respectively). In addition, those reporting suicidal thoughts more than doubled, jumping from 4.3 percent in the past 12 months to 10.7 percent in the past 30 days.

Three of Yunas’ patients reported “really deep, dark thoughts, to the point where they were actually having suicidal ideations,” Yunas said. “They just felt separate from everything, and I think that just got them to go into a downward spiral.”

Many hospitals use the Patient Health Questionnaire, also known as the PHQ 9, as a metric. The PHQ 9 is a nine-question scoring system physicians use to gauge the severity of depression in a patient. Based on a scale of zero to three, the PHQ 9 rates how interested an individual is in activities, how down or hopeless they feel and whether or not they have had thoughts about death or hurting themselves.

But instead of asking patients questions off a standard list, Yunas and her nurse administrator decided on a more humanistic approach.

“A lot of times, it’s asking that simple question that will open up a conversation and dialogue about how patients are really doing,” Yunas said. “It’s hard to tell what’s going on behind their face shield and their mask. I think creating that dialogue really helps.”

If a patient expresses suicidal ideation, Yunas connects them with a behavioral health care manager located in the same office building. Memorial Hermann also has three mental health crisis clinics located around the city that allow patients to walk in and talk to a psychiatrist or nurse practitioner without an appointment.

“As an OB-GYN, we deal with a lot of depression during pregnancy or postpartum, but we weren’t really seeing a lot of depression in my general gynecology practice,” Yunas said. “Asking a screening question opened doors. We were able to have wheels turning a little bit more and use our resources and allow patients to get care.”

Even before COVID-19, cancer patients at The University of Texas MD Anderson Cancer Center were asked about their emotional state as part of the hospital’s standard assessment. After the pandemic hit, these patients faced the dual challenge of battling cancer and coping with all the shifts in protocol brought on by COVID-19.

“It’s hard because if [cancer] was the first crisis they’ve ever experienced, coupled with another crisis, that’s a lot,” said Teresa van Oort, a clinical program manager in the department of social work at MD Anderson. “Even healthy people with good coping mechanisms have been stressed.”

Initially, cancer patients expressed anxiety and concerns about all the unknowns surrounding COVID-19. They didn’t know what was going to happen, how their treatments were going to be affected and whether or not their families could accompany them to the hospital or clinic.

“The distress was more acute in that moment,” van Oort said. “From there, it progressed and now we’re seeing that people are lonelier.”

Van Oort and her team had used the PHQ 9, but it wasn’t enough, she said.

“We realized that we needed to ask more questions,” van Oort explained. “We got a lot of responses, but we don’t want to miss a situation or an opportunity because we didn’t ask the question the right way or we didn’t ask follow-up questions.”

“We’re pretty intrusive, but we have to be,” she added. “The benefit of the Columbia screening is that it cascades: If you say no to the first two questions, then we have a pretty good idea of where you are. If you say yes, then we get a little more in depth.”

The Columbia Protocol is designed to be simple, efficient and effective, with questions as direct as: Have you wished you were dead or wished you could go to sleep and not wake up? The questions give Van Oort’s patients a chance to share what is on their minds in a safe space.

She and her team also rely heavily on nonverbal cues during cancer patient support group meetings: Are patients making eye contact? Are they leaning in or shying away? Are they distracted on their phones?

Due to social distancing, these meetings have gone virtual, either over the phone or via Zoom. While face-to-face human interaction has been suspended, the virtual meetings are still effective in helping patients explore their emotions, sometimes with a question as simple as: How are you doing?

“It’s amazing how people respond so positively to being given permission to feel the big feelings: You can be mad. You can be angry. You can be sad or all of them at the same time,” van Oort said. “The narrative they’re being told is: ‘You have to be strong and a fighter all the time. This is a fight. You’re going to win.’ We’re here to cheer you on, but you can also be sad and stressed and angry and worried and all of the other side of the spectrum while fighting. It’s OK to feel both.”

Yunas is grateful she was able to intervene and provide the patients who expressed suicidal ideation with outpatient psychiatric support. While mental health may continue to be a difficult topic to discuss, she said, patients should not shy away from having open conversations with their health care providers.

“We’re all human. There are some times when all of us have difficulty dealing with everyday situations,” Yunas said. “There’s care all around. We just have to be open and willing to accept it.”

Long-haulers and the lingering effects of COVID-19