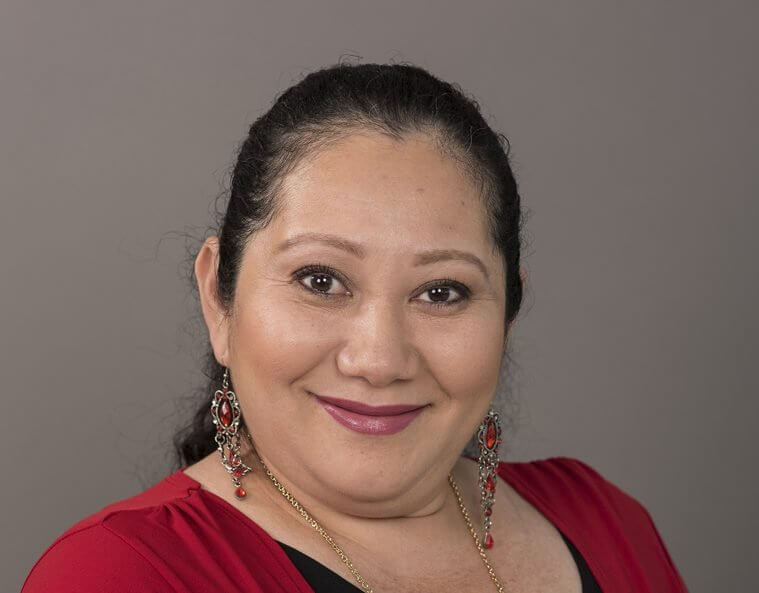 Sonia Benavidez is thankful to many people for their support of her through her battle with breast cancer: her sons and daughter who inspired her, her mother who was with her during every step of her recovery, her church, the neighbor who offered daily reminders that she wasn’t alone and to Harris Health System for its medical care.

Benavidez, 46, first felt a tumor in her right breast the size of a grain of rice. She didn’t pay much attention, thinking it was a rash or a bug bite. When it began to grow, some misguided friends told her it might be caused by chemicals in her hair dye. She eventually had a mammogram at a non-profit organization that connected her to Harris Health’s El Franco Lee Health Center.

By this time, the tumor in her breast was the size of a lime and stage IV cancer. She became depressed and cried every day. She didn’t think she would make it.

“Every time I heard the word ‘cancer,’ I cried,” she says.

Her two sons were teens and her daughter was 11. She felt her daughter especially needed her, so she decided to trust her faith and start treatments. Following a second mammogram at Smith Clinic, she began chemotherapy and a series of radiation treatments and surgery at Ben Taub Hospital.

She’s optimistic about getting past cancer and living her life. In the interim, she’s become an encourager to others.

“I meet a lot of people with cancer who are depressed,” she says. “I pray with them and remind them to find faith in God. Have courage. The treatment is hard, but we can get through it. We shouldn’t get depressed with the diagnosis. This illness is psychological, as well as physical. If we feel we can overcome it, we will.

“Encouraging others helped me feel stronger. Now I have more courage to confront situations and feel blessed that God gave me longer to live.”