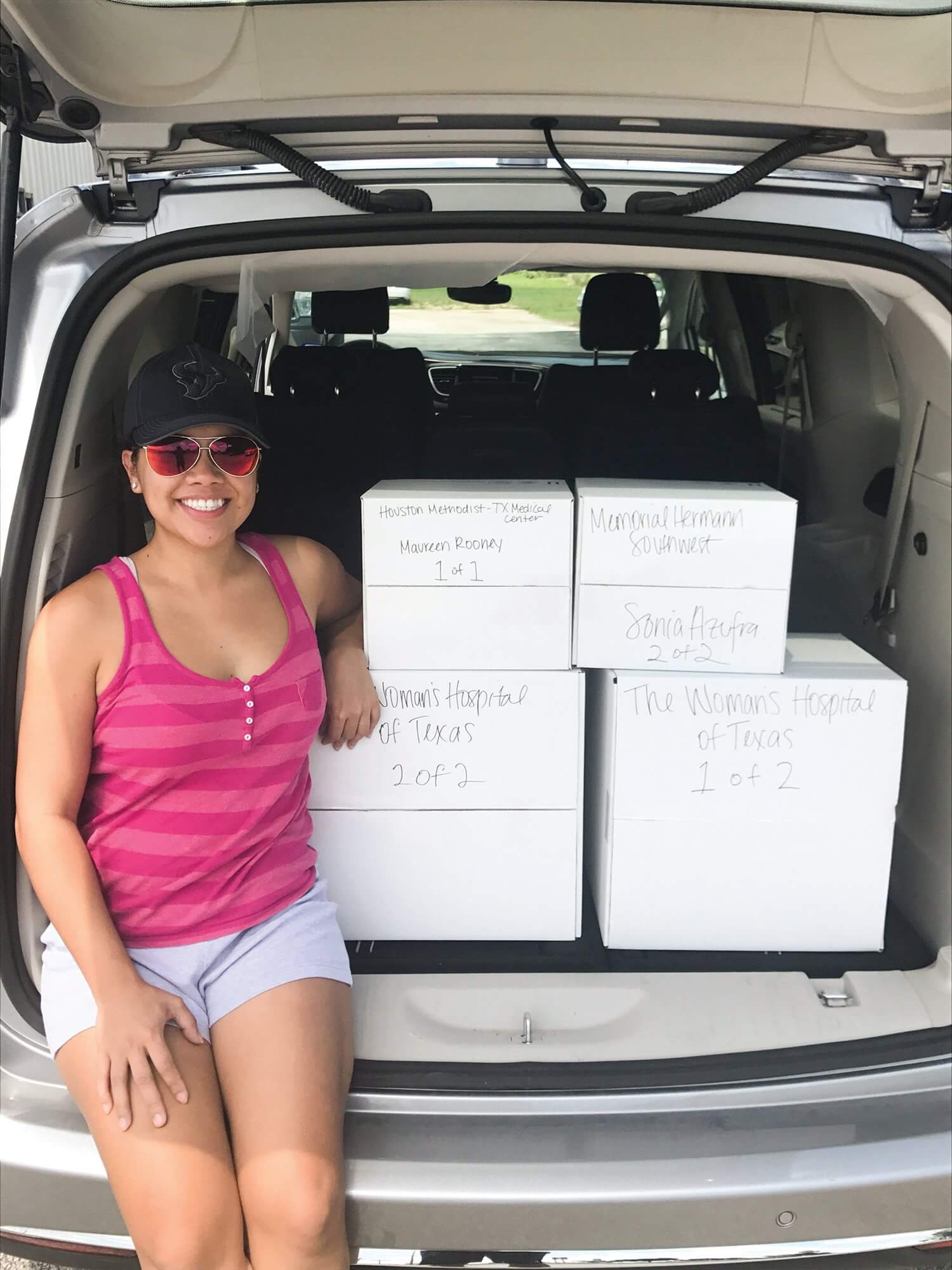 When Carla Collado’s car was inundated by swiftly rising floodwaters left in Harvey’s wake, it was yet another complication in an unusually difficult week. The neonatal medical director at Memorial Hermann Sugar Land Hospital was traveling home from delivering a premature infant when she followed another car into water that turned out to be deeper than it looked.

“I had just driven by the same area—the water came up really fast,” Collado said.

Like so many Houston-area residents, it was just one of many unexpected situations thrown at her that week. Memorial Hermann Sugar Land’s proximity to the Brazos River meant that patients had to be evacuated on Aug. 28. And Collado’s broken-down vehicle meant she and her husband were facing a long drive in his car to pick up the closest available rental car in Giddings, Texas. The drive is nearly two hours under the best of circumstances, but likely more when flood-ravaged roadways are involved.

Then a silver lining appeared.

“Somehow our lactation consultant got word that I would be near the Austin area, and she called to see if I could pick up some donor breast milk for our NICU babies,” Collado said.

Memorial Hermann Sugar Land’s donor milk comes from Mothers’ Milk Bank in Austin. It’s typically delivered via courier service, but with the flooding topped off by a holiday weekend, Collado was concerned the hospital would not be able to receive new shipments of milk for another week.

“I thought, ‘If I’m already driving over there, and if our babies need breast milk, I’m sure there are plenty of other babies in the Houston area that are also running low,’” Collado said.

She reached out to other facilities, including some outside the Memorial Hermann system, and made plans to bring back milk for them, too.

Collado and her husband took off, picked up her rental car and loaded up 420 bottles of breast milk from Mothers’ Milk Bank, to be dispersed to hospitals on Aug. 30. Each bottle contained about two ounces, she said. That’s about 840 ounces of breast milk—plenty to sustain premature infants, whose tiny bellies can only hold very small amounts, until the next shipment.

Breast milk is a valuable source of nutrition for all infants, but particularly premature babies. Sometimes a new mother is not able to provide her baby milk. That can happen for a variety of reasons—she simply isn’t able to produce enough or she’s on medications that affect breast milk, for example. In those cases, donor milk can be life-saving.

“Donor milk has been shown in premature babies to decrease incidence of sepsis and decrease incidence of necrotizing enterocolitis,” Collado said. “It’s a very serious illness that premature babies are susceptible to, especially very small babies. It can cause death. For these really tiny babies it can really be a life or death situation for them.”

Mothers who have a surplus of milk can donate to the milk bank. Each donor’s blood is tested for infectious diseases and the milk is pasteurized to ensure it’s as safe as possible for vulnerable babies.

Collado said she was just doing what needed to be done.

“Anybody in my position to help the babies would do the exact same thing,” she said. “I was glad to be able to do it, and I’m glad the babies got what they needed.”

Amid so much destruction and heartache, the trip to the milk bank gave Collado a much-needed sense of purpose.

“If the hospital hadn’t been closed, and if I hadn’t lost my vehicle, I wouldn’t have been able to leave to go get a rental car and bring the milk back,” Collado said. “Everything happens for a reason.”