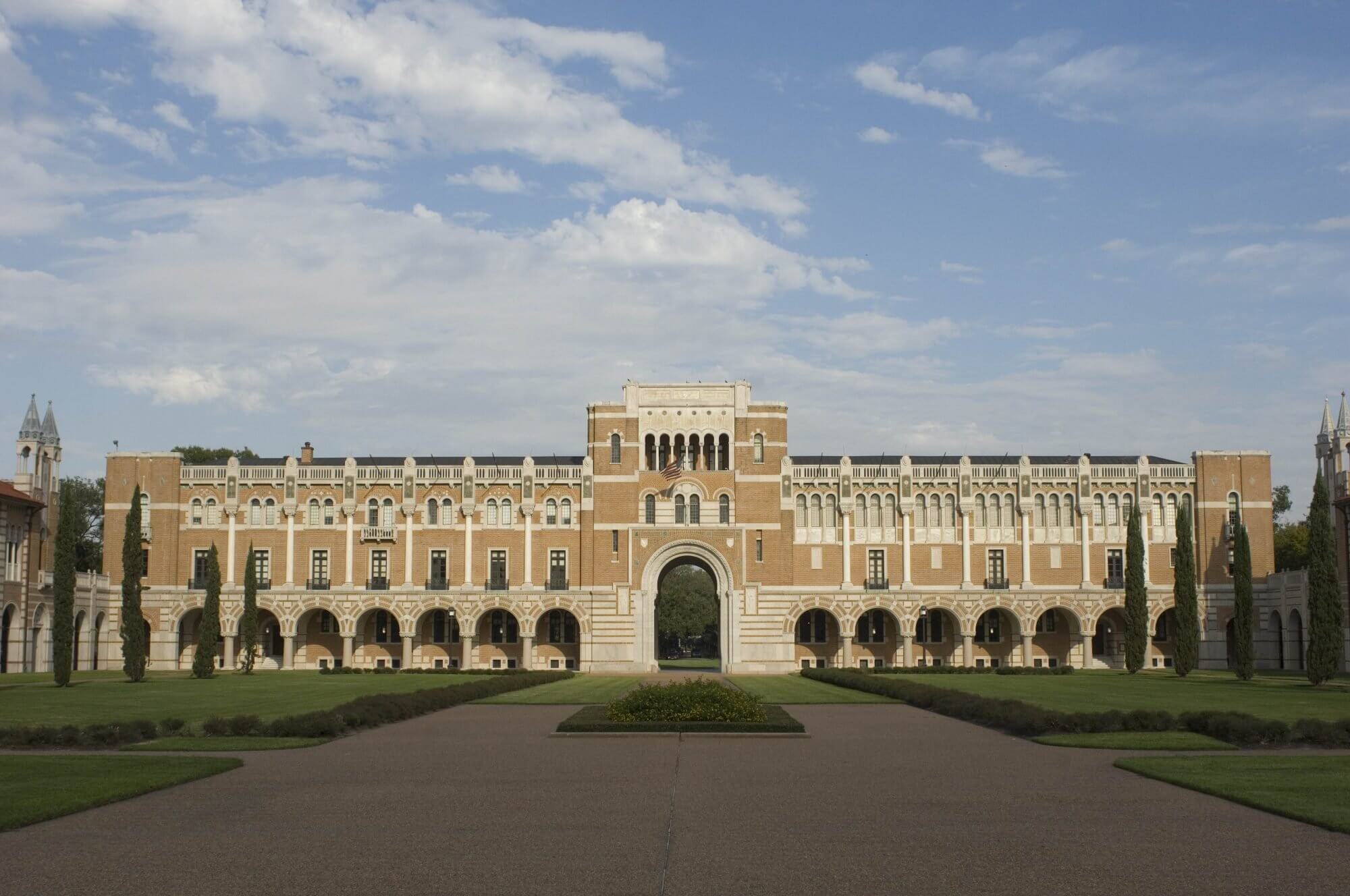 The endothelial cells that line blood vessels are packed tightly to keep blood inside and flowing, but scientists at Rice University and their colleagues have discovered it may be possible to selectively open gaps in those barriers just enough to let large molecules through — and then close them again.

Rice bioengineer Gang Bao and collaborators at Emory University and the Georgia Institute of Technology reported using magnets to help iron-oxide nanoparticles invade endothelial cells both in the lab and in vivo. Then they use the same magnets to make vessels temporarily “leaky.”

This permeability would allow large-molecule drugs to reach target tissues, Bao said. Strong magnets may be able to lead nanoparticle-infused stem cells or drug-laden nanoparticles themselves to targeted areas, even in deep tissues like organs that current therapies cannot reach, he said.

“For many diseases, systemic delivery through the blood stream is the only way to deliver molecules to the site,” Bao said. “Small molecules can penetrate the blood vessel and get into the diseased cells, but large molecules like proteins or drug-loaded nanoparticles cannot pass the endothelium effectively unless it is leaky.”

Blood vessels in cancerous tumors typically have holes in the endothelial barrier, but they don’t close on demand like Bao and his team hope to make them do.

Along with drug molecules, Bao wants to use magnets to deliver nanoparticle-infused stem cells to injured tissues. “Unless you can do direct injection of stem cells, let’s say into the heart, you have to do systemic delivery and you have no control over where they go. 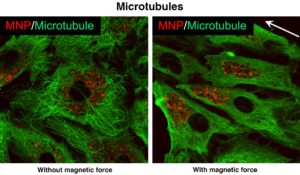 “Our initial idea was to deliver magnetic nanoparticles into stem cells and then use a magnet to attract the stem cells to a particular location,” he said. “In doing so, we also discovered that by applying a magnetic field, we could generate changes in the cell’s skeletal structure in terms of the actin filament structures.”

These structural elements give cells their shape and help keep neighboring endothelial cells tightly compacted. “We thought if we could alter the cell-cell junction by using magnetic force, there was a possibility that we could engineer the leakiness of the vessel,” Bao said.

The lab created a microfluidic flow chamber that mimicked the vascular system and lined its tubes with real endothelial cells. Experiments proved their hypothesis: When a magnetic field was applied to the nanoparticle-infused cells, the gaps opened. Relaxing the force allowed most gaps to close after 12 hours.

Microscopic images showed that fluorescent-tagged nanoparticles were evenly distributed inside the endothelial channel when a magnetic field was not applied. When it was, the particles redistributed, and the force they applied distorted the cytoskeleton.

In some images, actin filaments that help give a cell its shape were observed lining up with the force. “It’s a pretty dramatic change,” Bao said. “Once you apply the force, given enough time, the structure of the cells changes. That leads to the opening of the cell-cell junction.”

Bao said the magnetic force also generates a biological signal that alters the cytoskeletal structure. “It also contributes to the leakiness,” he said. “We’re still trying to understand what kind of signal we give to cells and how the individual cells are responding.”

While there are methods to facilitate two types of transport across the endothelial barrier – paracellular (between cells) and transcellular (through cells) – neither has the ability to target specific areas of the body. Bao said his team’s approach offers a solution.

He said his group is part of an ongoing collaborative project on knee repair with the lab of Dr. Johnny Huard, a professor of orthopedic surgery at the University of Texas Health Science Center at Houston. “The problem is how to accumulate therapeutic stem cells around the knee and keep them there,” Bao said. “After injecting the nanoparticle-infused cells, we want to put an array of magnets around the knee to attract them.

“But if you want to treat the heart or liver, you’d need a pretty large device to have the required magnetic field,” he said. “We don’t have that yet. To drive this to a clinical setting will be a challenge.”

Sheng Tong, an associate research professor at Rice, and Yongzhi Qiu, a research associate at Emory University and Georgia Tech, are lead authors of the study. Co-authors are postdoctoral researcher Linlin Zhang and research technician Lin Hong of Rice; researcher Yumiko Sakurai and postdoctoral fellow David Myers of Emory and Georgia Tech; and Wilbur Lam, an assistant professor of hematology and oncology at Emory and of biomedical engineering at Georgia Tech.

The National Heart, Lung and Blood Institute, the National Institutes of Health and the Cancer Prevention and Research Institute of Texas supported the research.