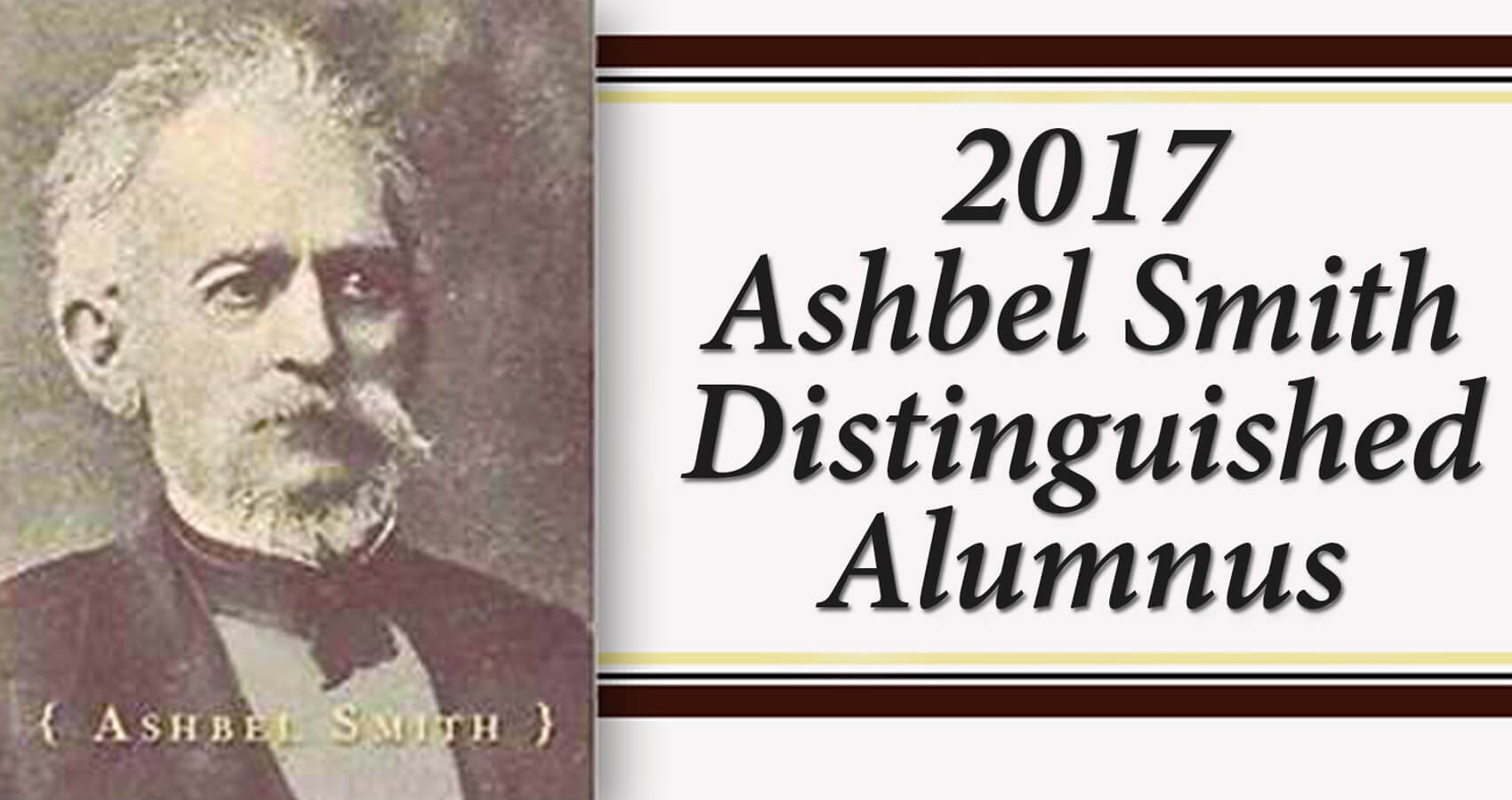 The award honors the memory of Dr. Ashbel Smith. Smith was instrumental in establishing The University of Texas at Austin in 1881 and, in 1891, a medical department in Galveston that would become UTMB.

During his career Dr. Routt served as the Dr. Andrew R. Burgess Professor and Endowed Chair in the department of orthopedic surgery at the University of Texas McGovern Medical School in Houston. He currently works at Memorial Hermann Hospital where he serves on the faculty senate, the medical executive committee, co-chairman of the quality committee and is the president of the surgical council. Routt has directly mentored and educated more than 150 practicing orthopedic traumatologists in the U.S. and Canada.

Snyder is a second-generation UTMB graduate. He returned to Galveston in 2002 after leaving a private practice in Waco. He became chief of clinical gastroenterology, vice chairman of internal medicine and in charge of UTMB’s internal medicine clinics. He was president of the UTMB School of Medicine Alumni Association from 2005-07. Currently, he is chief of gastroenterology and hepatology at Kelsey-Seybold Clinic in Houston.

Since his graduation from UTMB Squires co-founded a private practice in pediatric gastroenterology at Cook Children’s Medical Center in Fort Worth. He also has served on the faculty at Texas Southwestern Medical School and the Children’s Medical Center. Currently, Squires is professor of pediatrics at the University Of Pittsburgh School of Medicine in the division of pediatric gastroenterology, hepatology and nutrition at the Children’s Hospital of Pittsburgh of UPMC where he is the primary liver transplant physician.