We Will Rock You

Every surgery has a soundtrack

We Will Rock You 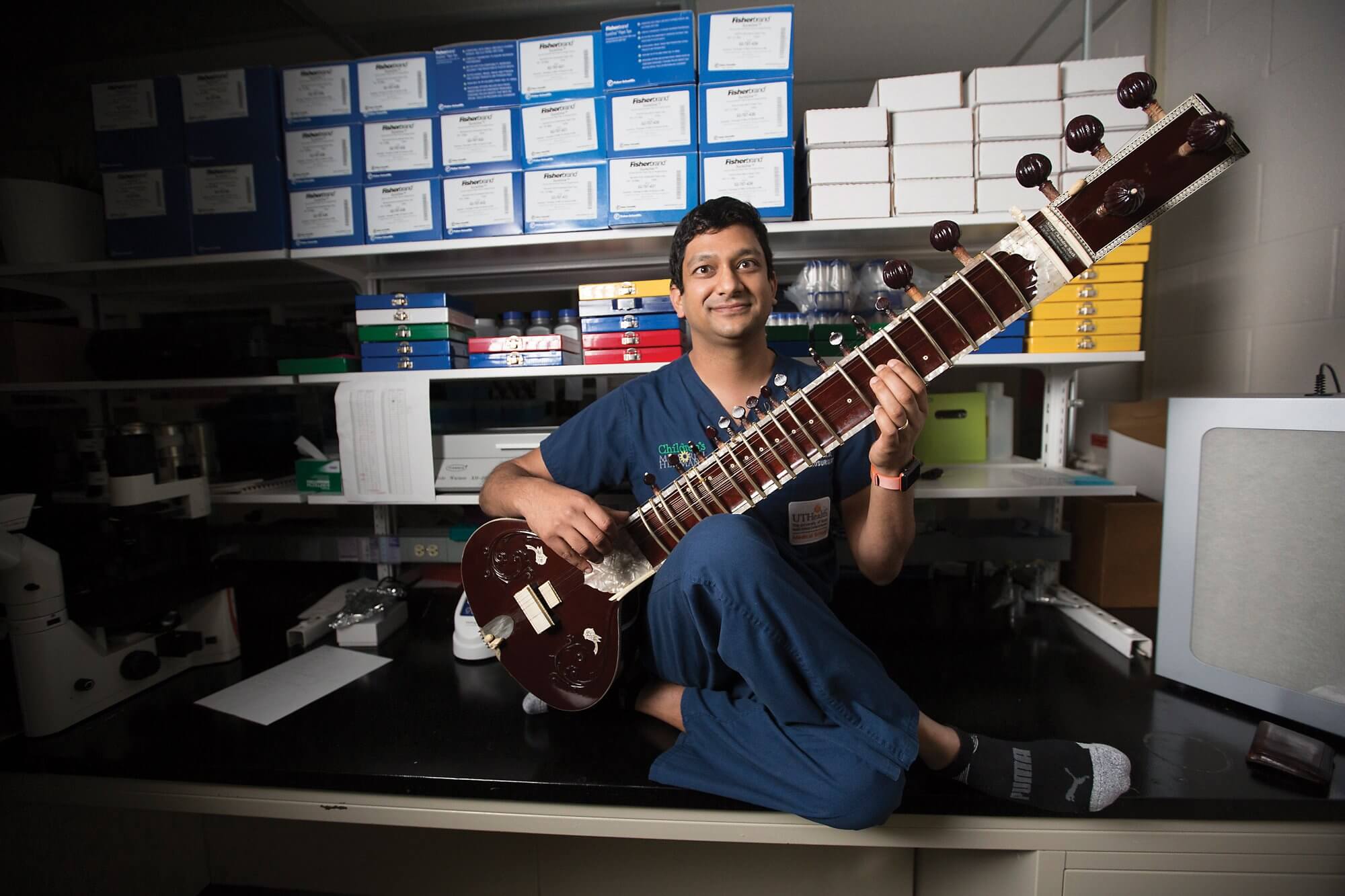 A hospital OR can be a somber environment—until a surgeon cranks up the music. The bold strokes of the Rolling Stones or the airy brightness of a sitar can energize any room. Inside the Texas Medical Center’s operating suites, you’ll hear everything from ABBA to Zeppelin, because surgeons use music to help their teams concentrate and stay in sync.

“I use Spotify as my music player of choice. I do orthopedic trauma, so I’m in the OR several days a week. I like a wide variety of music, and a lot of the time I will defer to the other people in the room. As a result, what I listen to often depends on which of my residents is operating with me—luckily we have pretty similar tastes. Most of it is pretty upbeat—there is a lot of electronic music and a fair amount of indie rock. Some days we go with the ’80s, and the middle of the night is a great time to listen to hip-hop and rap. Very occasionally we have country on, and on rare occasion, we have ranged all the way from dubstep to Irish drinking songs.

The main thing is, since I listen to music almost all day, every day, there is always a quest for new music. I accumulate new music using Spotify, which creates a weekly list of music recommended for you based on what you have been listening to. I listen to these recommended songs every week and tag songs to go into a new music playlist. If I continue to like them after several plays, they are moved into genre-specific playlists. The end result is a selection of playlists that generally have music that I have decided I really like.”

“While I routinely listen to music in the OR, I rarely choose. I tend to let the resident I am working with or the nurse decide. Otherwise, I go with the Pandora classic rock station (heavy on the Rolling Stones and Zeppelin). Streaming music services have really changed the way we all consume music and listen in the OR.”

“I always listen to music in the operating room. It started with a portable boom box and multiple briefcase satchels that held about 30 cassette tapes each. We would rotate satchels each day. It has evolved to Bluetooth music via my phone or iPod. I keep a portable speaker with me so we always have some tunes. I still have the cassettes in their satchels! Music keeps us calm, focused and progressing. And sometimes we dance—very briefly and poorly.

“I am proud of the fact that two of my residents follow me on Spotify. I have made more than a few custom playlists for the operating room. I love all kinds of music. I play the sitar, an Indian classical instrument. My heart is really in 1990s-2000s hip hop. I have an awesome radio-edited playlist that the entire OR sings along to. I add songs per request. However, I love classic rock, mash ups, funk, jazz and most other kinds of music. I find that the music keeps the residents, staff and anesthesia teams mellow, stress-free and focused on the child on the OR table. Surgical cases go much more efficiently when everyone is in tune.”