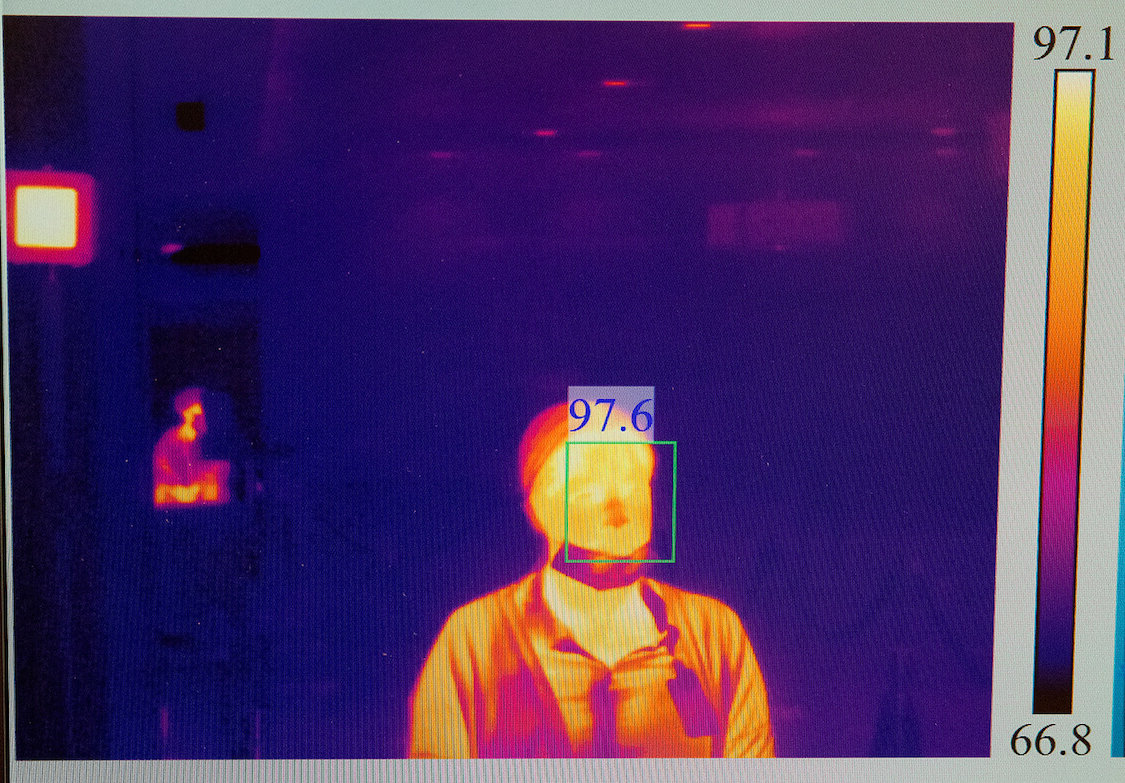 With an eye to present-day pandemic precautions and future uncertainties, Memorial Hermann Health System has installed four thermal scanners to take the body temperatures of people entering two of its busiest facilities.

Individuals with higher temperatures, like those associated with COVID-19, can be identified quickly. The thermal scanners also minimize physical contact at a time of social distancing and streamline the flow of employees during shift changes, when entrances see the most foot traffic.

Two scanners were placed at the system’s flagship hospital, Memorial Hermann-Texas Medical Center. The other two are located at the Susan and Fayez Sarofim Pavilion, a facility devoted to trauma services.

“In most locations, like the Cullen entrance at the flagship hospital, we have 1,000 or so folks who come through around the shift change at 6:15 in the morning and then at the same time in the evening,” said John Calhoun, a project manager for Memorial Hermann Health System who assists with improvements and innovation around the campus.

When COVID-19 first arrived in Houston, he said, Memorial Hermann scanned body temperatures manually at the hospital entrance. Nine or 10 employees took the temperatures of everyone who walked in for roughly four weeks.

“In between each temperature, they had to sanitize the thermometers,” Calhoun said. “Just think about 1,000 people and the lines. The longer the line, the less likely that people are going to be 6 feet apart. We realized we had to improve the flow from a safety perspective.”

After weeks of research, Memorial Hermann purchased four models of a thermal scanner made by Athena security company—the device is properly known as the Elevated Body Temperature Detection System—and rolled them out in early April. 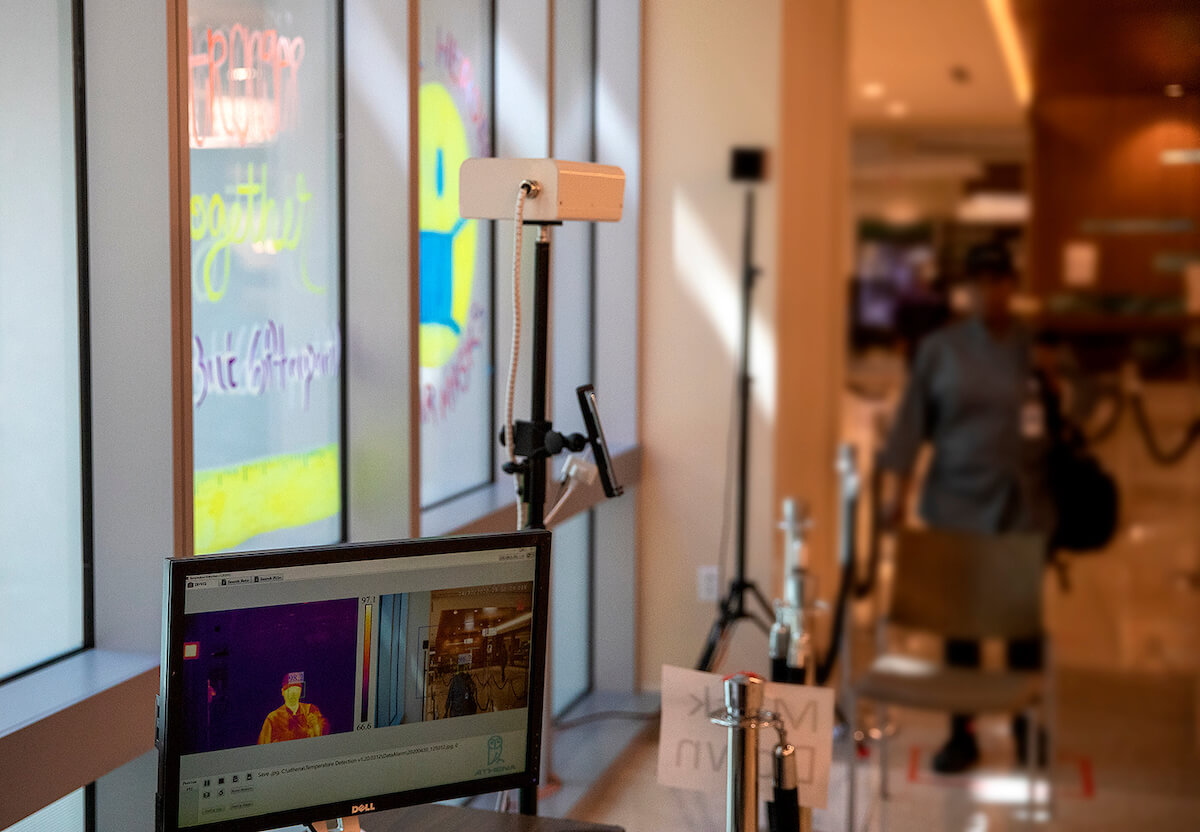 As an employee enters Memorial Hermann-TMC, a thermal scanner captures the employee’s temperature.

First, a thermal camera locks onto a person’s face. Then, the system software locates the hottest point on the face—the corner of either eye, where the upper and lower eyelids meet—and captures the person’s precise body temperature, which appears on an accompanying display that is monitored by hospital staff. Indeed, staff see a sort of surreal purple, red and yellow image of each individual who approaches; once a body temperature is captured, that number appears onscreen, above a small box outlining the person’s face.

“You can implement a mode where people come in single file but they don’t have to stop. For right now, though, we’re stopping them to make sure the camera is doing what we need it to do,” Calhoun said. “We taped a red box on the floor, 10 to 15 feet from the camera. Individuals step into the box and we take their temperature.”

It only takes a matter of seconds, it’s safer for patients and employees and the scanners allow some of the workers previously tasked with taking manual temperatures to return to their ordinary jobs, he added.

Memorial Hermann purchased each scanner for about $10,000 as part of a pilot program for its entire system. The hospital system is looking at other models, as well, including those with a door, similar to the security scanners passengers encounter at airports.

“I’m doing an assessment of additional scanner types,” Calhoun said. “Long term, the question is how to integrate the equipment into a facility’s structure. … We want an unobtrusive system, where you don’t physically see it.”

In addition to detecting fevers, the Athena scanners are also designed to detect concealed objects.

“We’re not planning to use the object function at the moment,” Calhoun said, “but we can downstream.”