The small flow re-direction endoluminal device, also known as FRED, is the next big thing in aneurysm treatment 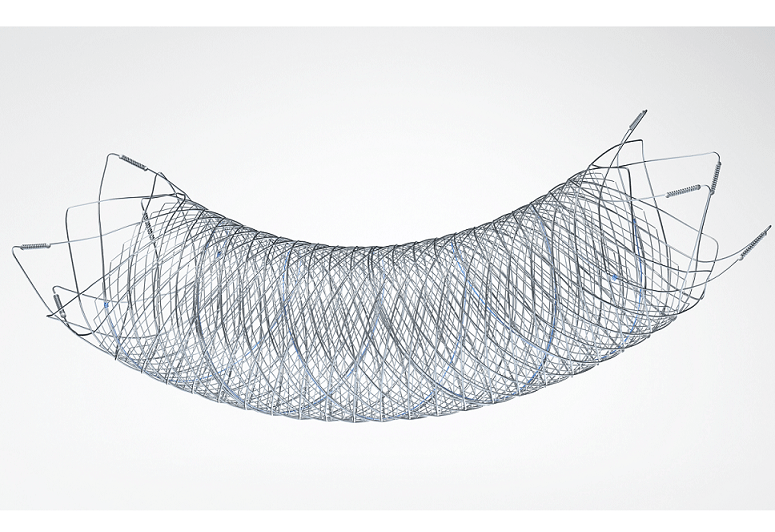 The next generation of brain aneurysm interventions has a name: FRED.

Short for flow re-direction endoluminal device, FRED is a double-layer metal wire mesh tube made of nickel titanium that is designed to divert blood flow past an aneurysm in the brain.

Cerebral aneurysms occur when a weak part of the artery wall balloons—forming a bulge filled with blood. Without treatment, a leaking or ruptured aneurysm is like a ticking time bomb that can lead to stroke, brain damage, coma and death.

Typically, surgeons treat aneurysms with a procedure called endovascular coiling. Surgeons insert a microcatheter through a small incision in the femoral artery by the groin, guide it up into the brain and fill the aneurysm sac with coils, preventing blood from flowing into the aneurysm. The approach works well for small aneurysms of 10 millimeters or less, but not for larger aneurysms.

“When we put coils in an aneurysm that is small, it’s perfect,” said Orlando Diaz, M.D., an interventional neuroradiologist at Houston Methodist Hospital, where he led a clinical study of the FRED system that enrolled more patients than any other hospital in the United States. “But the coils get compacted in large and giant aneurysms. It can reopen and kill the patient.”

The FRED system, developed by medical device company MicroVention, redirects the flow of blood past the site of the aneurysm. Surgeons feed the device through a microcatheter and deploy it at the base of the aneurysm, without directly touching the sac. As the device is pushed out of the catheter, it expands to form a helical mesh tube.

Instead of blocking the aneurysm, FRED immediately stagnates the flow of blood into the sac by 35 percent.

“This changes the hemodynamics, which dries out the aneurysm,” Diaz said. “It eventually shrivels up and dies on its own after six months. Ninety percent of aneurysm is gone.”

Over time, tissue grows around the device and closes off the aneurysm, effectively creating a newly repaired blood vessel.