The Gift of Life

The Gift of Life 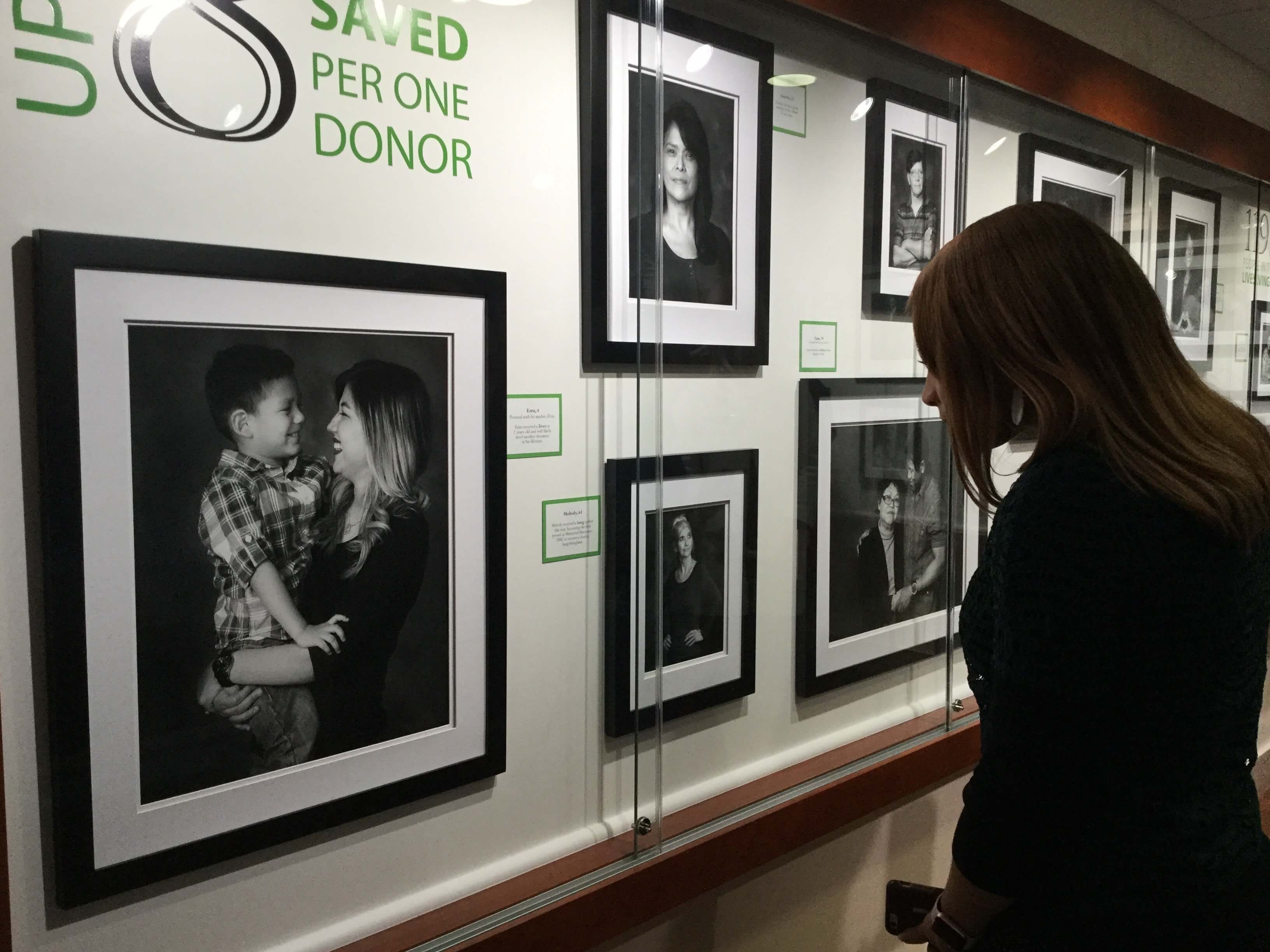 Memorial Hermann-Texas Medical Center unveiled Friday the newest exhibit to be housed in the Rick Smith Gallery, The Ultimate Gift. The gallery highlights work by Houston photographer Troy Fields featuring patients who have received organ transplants, patients who are waiting for transplant and the families whose loved ones have donated organs.

To celebrate the opening of the gallery, Memorial Hermann-TMC welcomed patients and their families, LifeGift employees and volunteers and members of the community to the opening ceremony of The Ultimate Gift.

“It seems fitting to be here today surrounded by the tree, garland and decorations. After all, this is the season of giving,” said Shelia Lopez, director of Trauma and Emergency Services at Memorial Hermann-TMC and chair of the Campus Organ Donor Council. “Organ donation is the ultimate gift, the gift of life.”

In addition to hearing from Lopez, guests also heard from Steve Bynon, M.D., transplant surgeon at Memorial Hermann-TMC and director of the Division of Immunology and Organ Transplantation at McGovern Medical School at UTHealth, Karen Abercrombie, the sister of an organ donor and Jessica Roth, director of Donation Services at LifeGift on the critical importance of organ donation.

Abercrombie’s older sister, Julie DeRossi, became an organ donor to over 50 people when she lost her life in a car accident in 2004. How can one person be a donor to 50 people? DeRossi was able to donate her organs as well as her tissue, which was given to over 50 different people. The story, however, took a very interesting turn that has thrust Abercrombie and her family into the spotlight to share the importance of organ and tissue donation.

“Shortly after Julie passed, we received a letter from LifeGift thanking us for considering donation and it started to lineate her ‘gifts,’” Abercrombie said. “For privacy purposes we didn’t know exactly who received her organs, but I was blown away that upwards of 50 people who had benefitted from her donations.”

A little over a year after Julie’s death, Abercrombie and her family received a phone call from LifeGift letting them know that a high-profile NFL player was a recipient of Julie’s tissue and asking them if they were okay with telling that story. They agreed and soon after, the family learned that Carson Palmer, former Heisman Trophy winner and one of the top quarterbacks in the NFL had received Julie’s Achilles’ tendon to repair his ACL.

Guests at the unveiling also watched the debut screening of a behind-the-scenes video from The Ultimate Gift photo shoot. The photographer, Troy Fields, has a special connection to organ transplantation as well.

After Abby’s birth, Fields became very involved with LifeGift and was thrilled for the opportunity to be the photographer for The Ultimate Gift.

“It was amazing to work on this project,” Fields said. “You had such a range of people, from recipients of organs to family members of those who donated to people that were waiting on a transplant. It was an incredible mix of people. Seeing a mother whose son had donated a heart to someone listen to his heart in the recipient’s chest was just an amazing experience.”

The gallery features black and white photographs of the subjects, the behind-the-scenes video of the photo shoot as well as facts and figures about organ and tissue donation. The Ultimate Gift will be on display in the Rick Smith Gallery until the end of February and is free and open to the public.