On the Side: Randall Wolf, M.D.

On the Side: Randall Wolf, M.D. 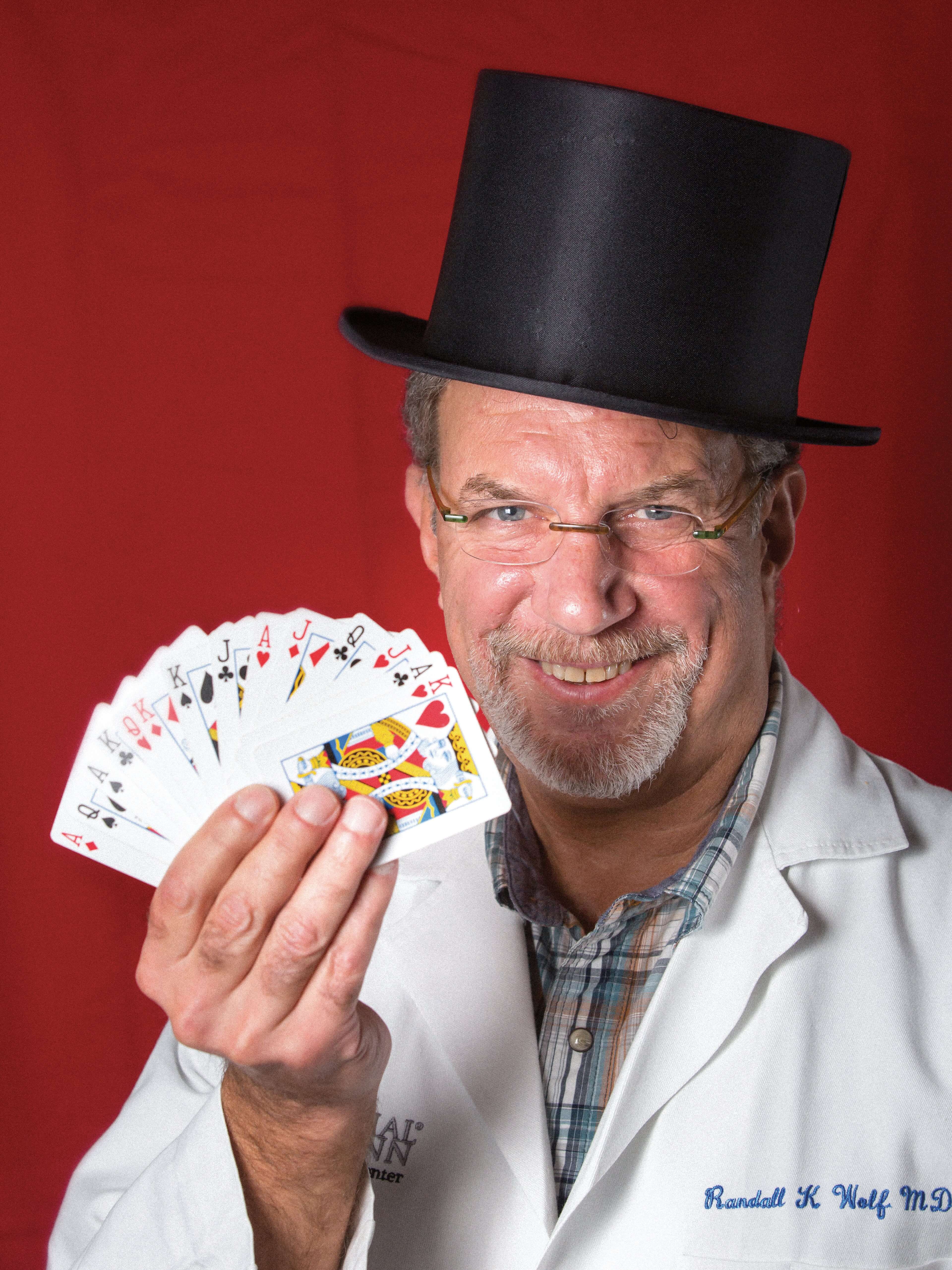 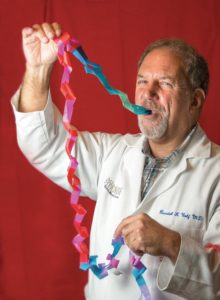 Randall Wolf grew up on a farm in Indiana, where his family raised horses and cattle. When he was 10 years old, he meandered into his grandmother’s basement—looking for a place to play away from the adults—and stumbled upon a box that belonged to his mother’s brother, a physician. Curious, he opened the box and discovered that it was filled with playing cards and magical knick-knacks.

Wolf was hooked. He used all the money he earned from cleaning the barn three times a week to purchase small magic toys and illusions. Every day for six weeks he checked the mailbox, eager for the items to arrive.

A few years later, Wolf came across another box filled with magical curio in his other grandmother’s basement. This box belonged to his father’s brother and, like his maternal uncle, this uncle was also a magician and a physician.

The fine motor skills Wolf cultivated as an amateur magician have served him well in medicine. He was the first heart surgeon in North America to perform cardiac surgery using the Da Vinci robot. He has published more than 100 peer-reviewed articles and lectured as a visiting professor in 18 countries. And he invented the Wolf Mini Maze, a minimally invasive treatment to correct chronic irregular heartbeats caused by atrial fibrillation. He has performed the innovative procedure on more than 1,000 patients and trained 600 heart surgeons worldwide in the technique.

His credentials as a magician are also flush.

Wolf trained at the Las Vegas-based Magic & Mystery School, where he mastered sleight-of-hand card tricks, rabbit and top hat illusions and the levitation of objects. A longtime member of the Academy of Magical Arts at The Magic Castle, Wolf has worked with magician David Cooperfield and famed comedy and magic duo Penn & Teller.

He used to teach a “Magic and Medicine” course at the magic school and often uses magic as an opener for his international heart surgery lectures. Not only is magic a reliable way to capture people’s attention, he explained, but it also taught him to stay focused on his audience and keep the crowd engaged.

“I’ve seen physicians give talks where they look at their slides and they never even look at the audience,” Wolf said. “Everybody could leave and they wouldn’t know. Basic magic teaches you to have a situational awareness and to know where everybody is in the room. You connect with them, you have eye contact, you notice people who aren’t interested and you decide whether you’re going to try to attract them or not.” 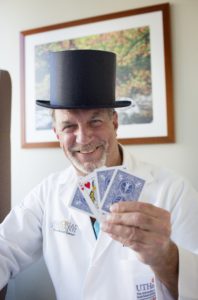 “What we try to do as physicians is to make people feel better,” Wolf said. “People come to us because they have some problem and we try to help them solve it, but our goal is to make them happy. Magic does that, too. When it’s demonstrated to patients, they feel kind of a bond with you, like they know you not just as a physician, but also as a magician. It’s a different level of togetherness.”

While Wolf can perform between 250 and 300 magic tricks, his go-to illusion for patients is a simple card trick. He often carries a pack of playing cards in his white coat to entertain patients by their bedsides. It’s a small gesture, but one he said can make a difference in patient care.

“In a place like the Texas Medical Center—the largest medical center in the world—there’s room for magic,” Wolf said. “It could make patients happy on another level, besides just getting better from their illness. It heals.”