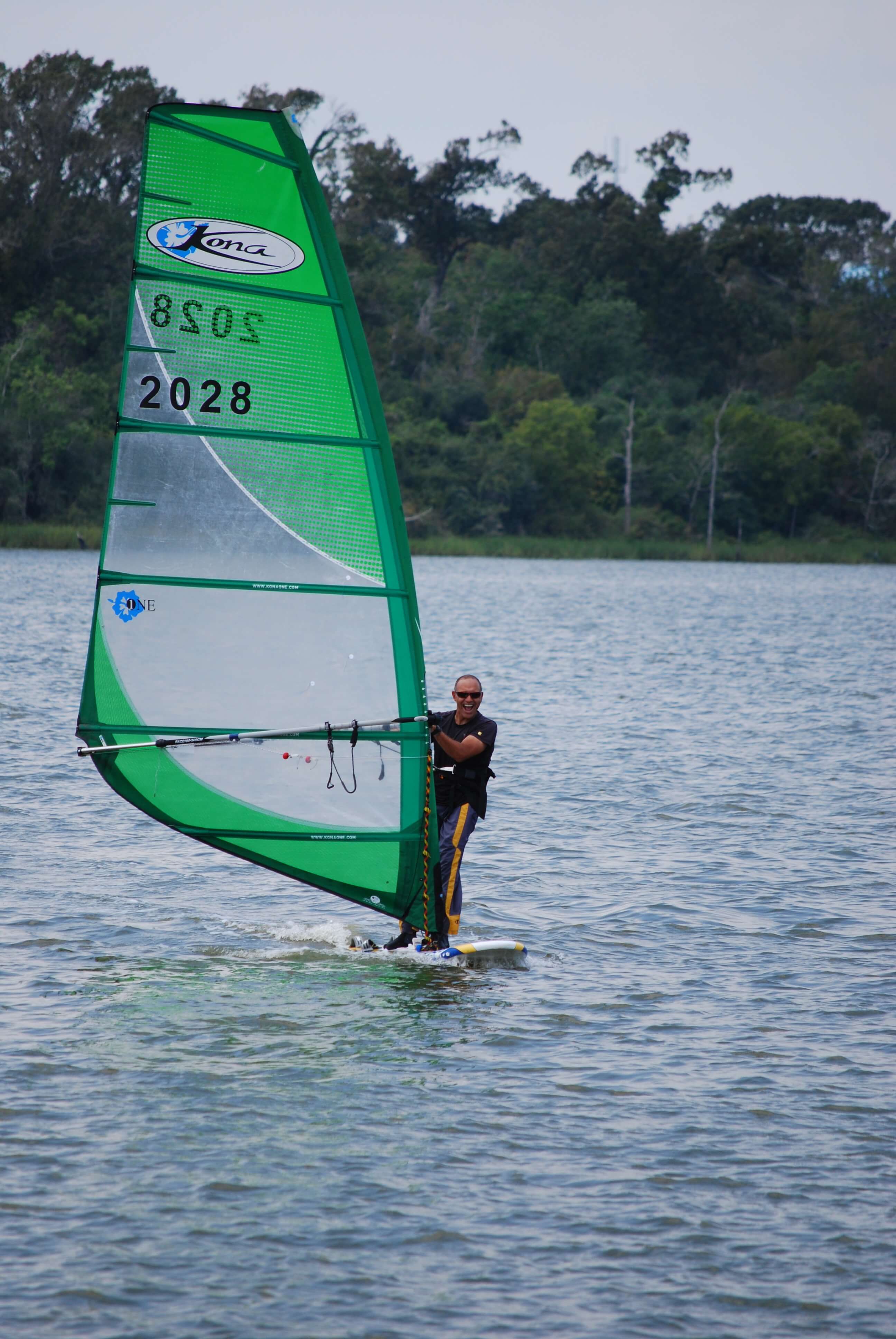 Ehab Hanna, M.D., unwinds from the high-pressure demands of his work as a head and neck surgeon by windsurfing, a sport that combines the adrenaline rush of surfing with the tranquility of sailing.

“I don’t think about anything else other than just that feeling of flying on top of the water,” Hanna said. “That’s the reason I’m really hooked.”

In 2012, Hanna met with a visiting physicist from Russia—who was conducting research on nanotechnology and cancer—to see if there were opportunities to collaborate. Although the two men had nothing in common, the Russian physicist happened to be a champion windsurfer and invited Hanna out to the beach in Seabrook, Texas, to give windsurfing a try.

“In America, when you’re introduced to a new sport, there is sort of a standard way of teaching whereby you get some classwork first, theoretical work, learn about the wind, the current, the board, the equipment, board handling, safety tips, etc. Then you get on the water,” Hanna said. “The Russian way is very different.”

With no training whatsoever, Hanna hopped on a board at the physicist’s behest, grabbed onto the sail and took off into the rough waves. He heard his de facto teacher mocking him from afar and yelling instructions to stand up straight on the board.

“Despite all of this humiliation and berating, somehow I just truly enjoyed it,” Hanna said.

The following week, he signed up for “a proper lesson with a proper instructor under proper conditions.”

Hanna has always harbored a deep, visceral connection to the water. It calls to him like a siren.

Thirty years ago, he immigrated to the United States from Egypt, where he spent his summers on the beaches along the Red and Mediterranean seas. As a youth, he swam competitively and learned how to scuba dive. His first high school job was working as a lifeguard.

As a surgeon, Hanna thrives on competition.

“Surgeons, we’re just a different breed,” he said. “When we’re in, we’re all in.” That same unwavering focus and determination kicked in when Hanna decided to learn how to fly across the water at 30 miles an hour.

“I got the lessons, did the beginner lesson, then the intermediate, then did the advanced, subscribed to every magazine, bought every book about windsurfing,” Hanna said. “Whatever publication on windsurfing there is, I subscribed.”

While there was a steep learning curve, Hanna remained committed. He carved out time in his busy schedule to practice—every Wednesday afternoon and Saturday morning—and has windsurfed in places where he attended scientific meetings, including Israel, Turkey, Italy, Brazil and Canada.

His studious approach to windsurfing paid off. He eventually built up the skill and confidence to race, competing in the 2012 Kona North American Championship on Lake Waconia in Minnesota and placing 38th out of 60.

Hanna plans to compete again next year, but in the meantime, he teaches novice windsurfers on Saturday mornings at the Seabrook Sailing Club. Being on the water allows him to recharge.