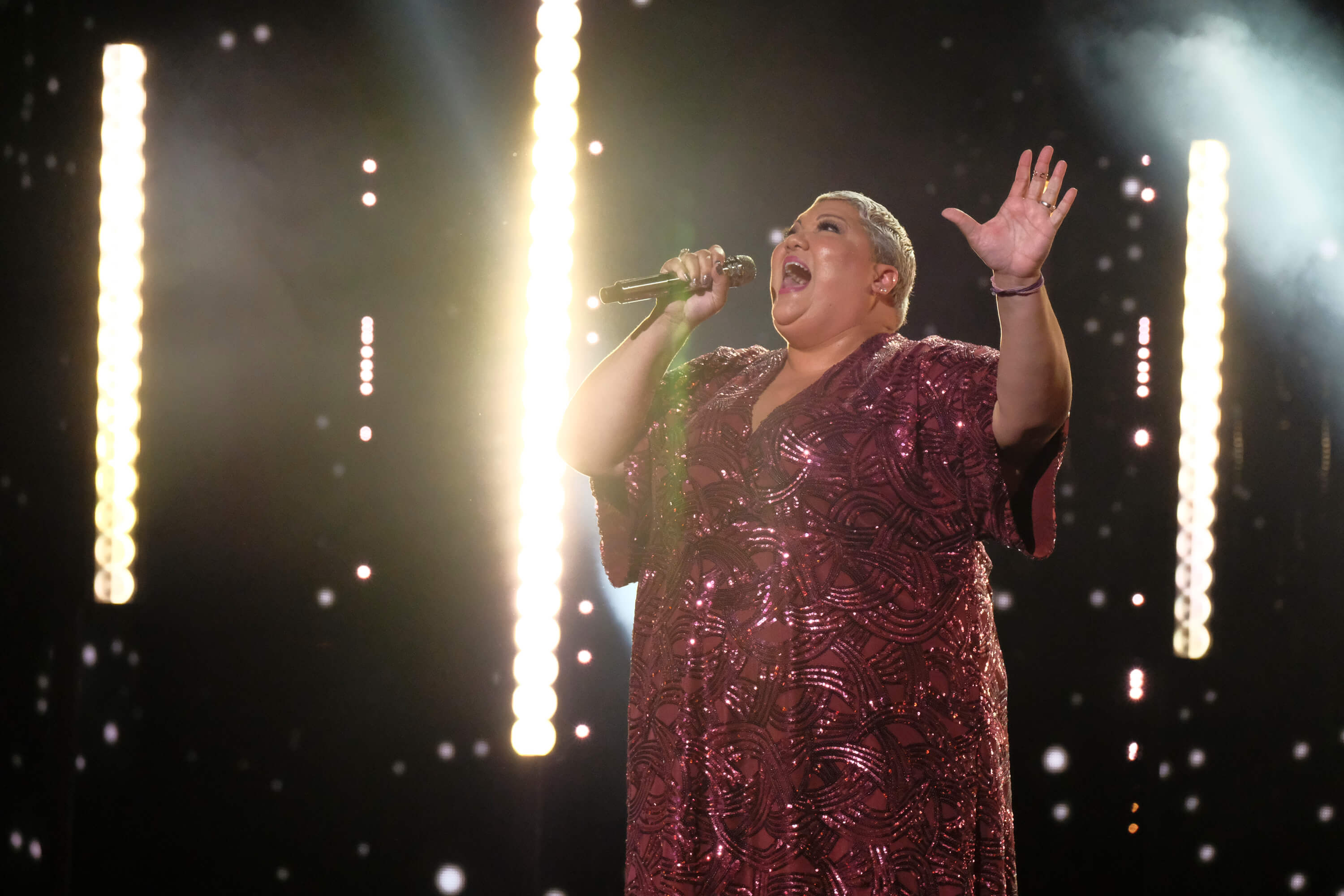 On June 5, 2018, millions of television viewers watched Christina Wells walk onto the “America’s Got Talent” (AGT) stage in Los Angeles and deliver a powerful rendition of “I Know Where I’ve Been,” a song from the musical Hairspray.

The self-described “very dorky, friendly, really chill girl” belted out lyrics she had sung for more than a decade. Filling the theater with her rich, orotund voice, Wells—a registered nurse for Memorial Hermann Health System—surprised celebrity judges Simon Cowell, Heidi Klum, Mel B and Howie Mandel and brought audience members to their feet for a standing ovation.

“I love being a nurse. I love being a mother. I know God put me on this Earth to do those two roles, but I know I was made to sing. I just feel it inside of me,” Wells said.

Wells, 42, advanced to the semifinal rounds of AGT but was eliminated Sept. 11, after performing Aretha Franklin’s “Natural Woman” in an homage to the late “Queen of Soul.”

Singing has been a life-long passion for Wells. In her free time, the single mother of two boys performs in community theater (including Art Park Players in Deer Park and Stages Repertory Theatre in Houston’s Montrose neighborhood) and has appeared at the Houston Livestock Show and Rodeo and Super Bowl Live.

“Singing for me is like breathing or eating. I just have to do it. You know that feeling of a waterfall? It feels like cool water calming my soul. There’s nothing else that satisfies me in that way,” Wells said.

Appearing on AGT was an opportunity to showcase her voice, but it was also a chance for her to represent the “others,” she said.

“I’m probably too old to start a pop career. I’m too heavy. I’m not a dancer. I’m not a perfect little package,” Wells said. “I’m just a normal person.” But that is one of the reasons people respond to her. “I’m glad they like my voice, but I think … they relate to me as a human being,” she said. “They understand what it’s like to not look exactly like you’re supposed to, according to whoever ‘they’ are.”

Wells has faced discrimination for her weight. In March 1995, she was a 19-year-old college freshman returning home to Houston for spring break. She spent a week auditioning at Six Flags AstroWorld to become one of the singers entertaining the crowds. On the last day of auditions, she was among 20 candidates for 12 positions. The judges ultimately selected another contestant over Wells for the Whitney Houston-inspired role.

“They were like, ‘You’re not going to fit in the physical outfit that we want this person to have,’ so they were willing to sacrifice the voice talent for the body,” Wells said. “I was devastated. I sat in one of those photo booths and cried for three hours.”

Feeling rejected and defeated, she put her singing dreams on hold and sank into a depression. But after she gave birth to her first son, Ethan, everything changed.

Although she did not win the competition, Wells’ experience on AGT gave her an extra boost of confidence to keep singing. She plans to continue performing around the Houston community, while serving her patients as a nurse.