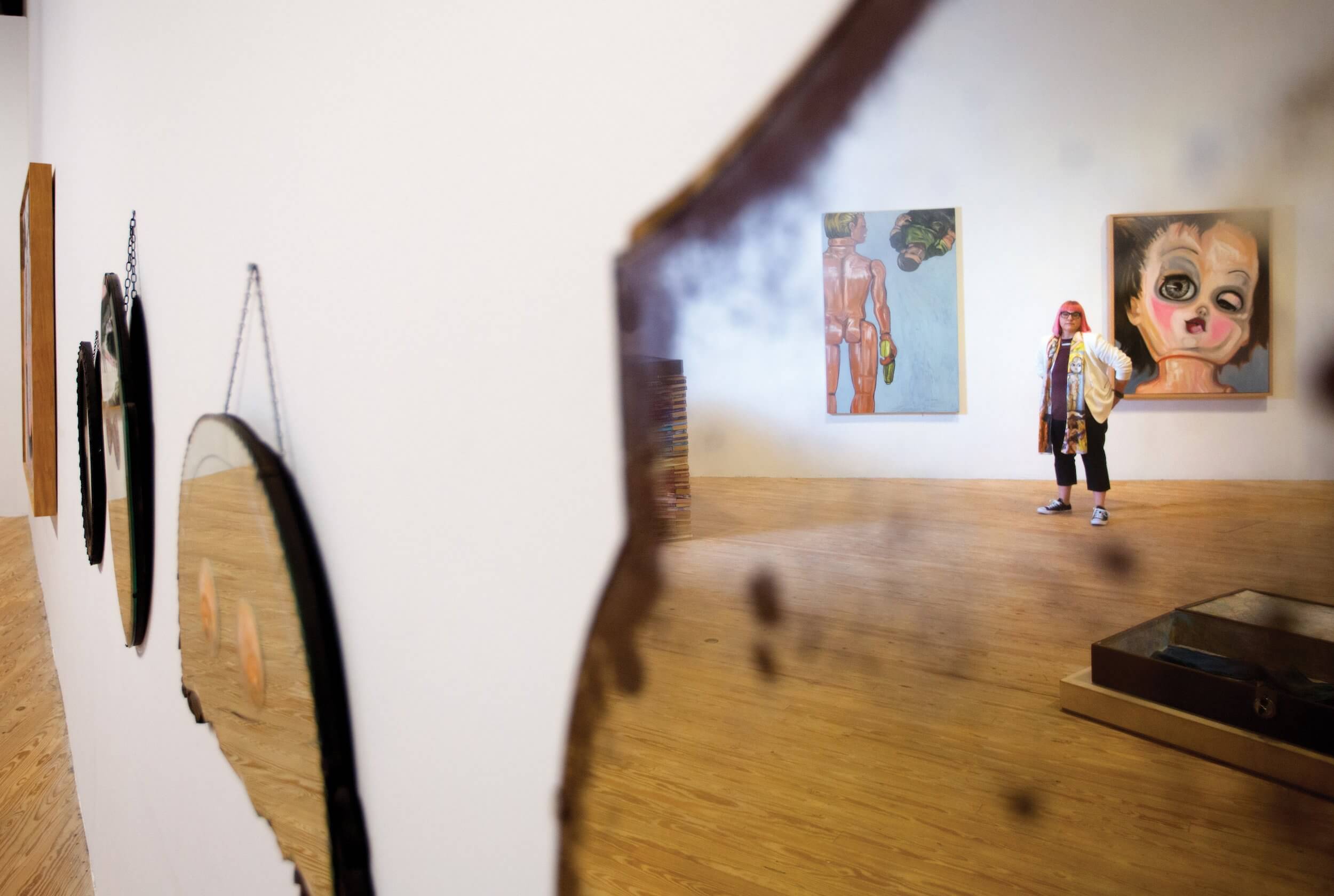 In 2013, Cullar-Ledford was ready to donate a kidney to a dear friend when she was diagnosed with breast cancer. Doctors at Houston Methodist Hospital performed a double mastectomy and removed all of the cancer.

It was what happened next that left the artist reeling.

“I was told by my doctors that it was standard for women to receive implants after a double mastectomy,” Cullar-Leford said. “So I had it done, but almost immediately I felt like I had a sliver and my body was trying to get the implants out of me.”

When she voiced these concerns, she was met with resistance—made to feel like she needed therapy.

“It was really hard because I knew that I did not want the implants and it didn’t bother me, but it really seemed to bother a lot of other people,” Cullar-Ledford said.

Ultimately, she had the implants removed, with support from Barbara Bass, M.D., the head of her care team at Houston Methodist. Cullar- Ledford also found a network of women online who made the same decision.

Lady Part Follies was the result.Cullar-Ledford’s mixed media work features paintings, disfigured dolls (one of the artist’s trademarks,) silver trays with painted breasts in an homage to St. Agatha (the patron saint of breast cancer), even a collection of 5,000 trashy novels.

The gallery also houses a giant breast-shaped piñata. Cullar-Ledford invited other women who opted not to reconstruct their breasts after mastectomies to help her smash the piñata and, in so doing, shatter the belief that women need breasts to be beautiful.

“My happiest work is when people who know nothing about contemporary and conceptual art get it,” Cullar-Ledford said. “I did this work to help others not have to go through what I went through and to understand that they don’t have to reconstruct if they don’t want to.”