A $69.8 million grant will strengthen efforts by the Baylor International Pediatric AIDS Initiative to reduce HIV/AIDS in Africa. 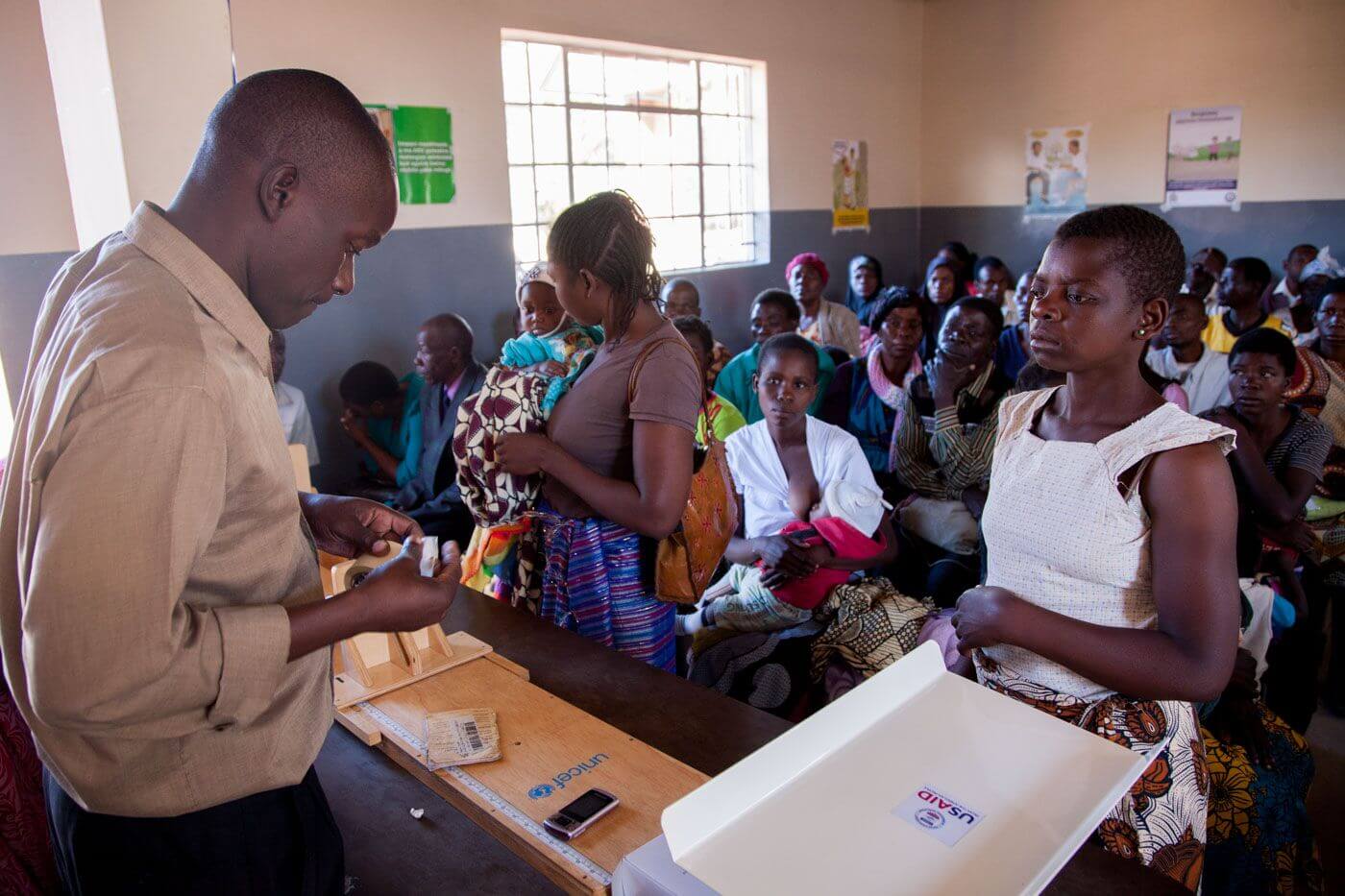 Plenty of adults were being treated, but health workers didn’t feel comfortable providing certain medicines to younger patients, especially antiretrovirals—drugs that work together to suppress the HIV virus and halt the progression of the disease.

“The landscape of pediatric HIV has improved a great deal since I first arrived in Malawi,” Ahmed wrote recently, in an email from Africa. “New HIV infections in children have decreased by more than 50 percent. There are increasing numbers of children accessing lifesaving ART [antiretroviral therapy]. Currently, children identified and started on ART can expect to live a normal, good quality life.”

Ahmed, a pediatrician and an assistant professor of pediatrics at Baylor College of Medicine and the Baylor International Pediatric AIDS Initiative (BIPAI) at Texas Children’s Hospital, was a member of BIPAI’s first Pediatric AIDS Corps sent to Africa. As he begins his second decade in Malawi, the fight against pediatric HIV in southern Africa has received a major boost.

The United States Agency for International Development (USAID) awarded a $69.8 million grant to the Baylor College of Medicine Children’s Foundation-Malawi.

The money will support a new program to bolster BIPAI’s HIV and AIDS efforts in the region and expand best practices to South Africa, Zimbabwe, Zambia, Mozambique and Namibia. Ahmed will lead the new program.

Baylor’s foundation in Malawi, an affiliate of BIPAI, provides clinical care for children and families affected by HIV, tuberculosis, malaria and malnutrition. The foundation assists the Malawi Ministry of Health with teaching, mentoring, clinical support and research.

Michael Mizwa, director of global health at Texas Children’s Hospital and chief operating officer and senior vice president of BIPAI, said the $69.8 million grant is one of the largest BIPAI has ever received.

The award “will allow us to expand on what we do well,” Mizwa said. “For example, if the Ministry of Health or a nongovernment organization in Swaziland goes to the USAID office and says that they need to improve and increase the outreach of the number of women that need to be tested, we can provide the technical assistance to develop new strategies around counseling and testing.”

The grant will support programs of the U.S. President’s Emergency Plan for AIDS Relief (PEPFAR) and fund a project called Technical Support to PEPFAR Programs in the Southern Africa Region (TSP).

Designed by the Baylor-Malawi team, TSP is a collaborative effort that pulls in ICAP at Columbia University—an international center that works independently and collaboratively to support HIV services and strengthen health systems—and Baylor College of Medicine Children’s Foundations in Botswana, Swaziland, Lesotho and Angola.

Over the past decades, BIPAI and Texas Children’s Hospital have pushed to reduce the price of antiretrovirals and make them more available to patients in Africa.

The Children’s Clinical Centre of Excellence, situated in Kamuzu Central Hospital in Malawi’s capital city of Lilongwe, is a “mothership” for the administrative work behind this monumental effort, Mizwa said. In 2014, the center saw 3,100 patients.

Ahmed and his wife, Maria Kim, a physician in the retrovirology department at Texas Children’s and Baylor, already received a large grant from USAID a few years ago to establish a program in Malawi called Tingathe, or “yes we can” in the local Chichewa language.

“It is because of the success of that grant over the past five years that they were positioned well to now receive the second-largest grant that Baylor or one of its affiliates has received,” Mizwa said. “This is a big deal for us.”

In Malawi and other sub-Saharan African countries, the primary modes of HIV transmission are heterosexual sexual relations and perinatal—mom to baby, Mizwa said. Most of the population of Malawi, one of the poorest countries in Africa, is under 21, he added.

Intravenous drug use and exposure to improperly sterilized blood products may account for a small percentage of transmission as well, Mizwa said.

Research published in July 2015 by Ahmed and Elaine Abrams, M.D., a professor of epidemiology and pediatrics at Columbia University and the senior director for research at ICAP, found that areas with adequate resources had fewer mother-to-child transmissions of HIV and that infected children were living longer.

Their research found that there were 58 percent fewer pediatric infections in 2013 than in 2002, among some 1.5 million pregnant women worldwide who received antiretroviral therapy.

But there was bad news, too.

Despite access to antiretroviral drugs, just 22 percent of children with HIV were receiving treatment and close to 190,000 children died in 2013 from HIV infection, their research found. In addition, adolescents were acquiring HIV; the virus was the second-leading cause of death in that age group.

Although the Baylor College of Medicine Children’s Foundation-Malawi doesn’t yet have the $69.8 million in hand, the foundation already has plans for the money. Expanding access to care for children with life-threatening illnesses is a top priority.

“Until you do that,” Kline said, “you can’t do anything else with conviction.”

The extensive infrastructure for HIV in Africa includes more than 700 physicians, nurses, pharmacists and other health professionals.

Some 275,000 African children with HIV are receiving care and treatment through the program, Kline said.

As part of the new grant, BIPAI health professionals are being asked to share their expertise with other organizations.

“The gratifying thing about this award from USAID is that it is an acknowledgment of the work we have done to deliver high-quality care and treatment to children with HIV and other life-threatening diseases,” Kline said. “It is a privilege to be asked to teach these other grantees and to do even more for some of the world’s least fortunate children.”

BIPAI has long attracted money from a variety of sources. Over the past 15 years, BIPAI has received more than $300 million, with more than half coming from USAID or the Centers for Disease Control and Prevention.

That, Kline said, has translated into tens of thousands of lives saved.

“The more we can do, the more transformative we can be as an organization,” Kline said. “I always think about how many more children and families can be impacted by work we do. This one is really neat, and is the first grant where the federal government has said, ‘We know you are doing a great job.’”

Ahmed has witnessed that progress firsthand in Malawi.

“Many of our former pediatric patients are transitioning to adult care with plans to have families of their own,” Ahmed said.