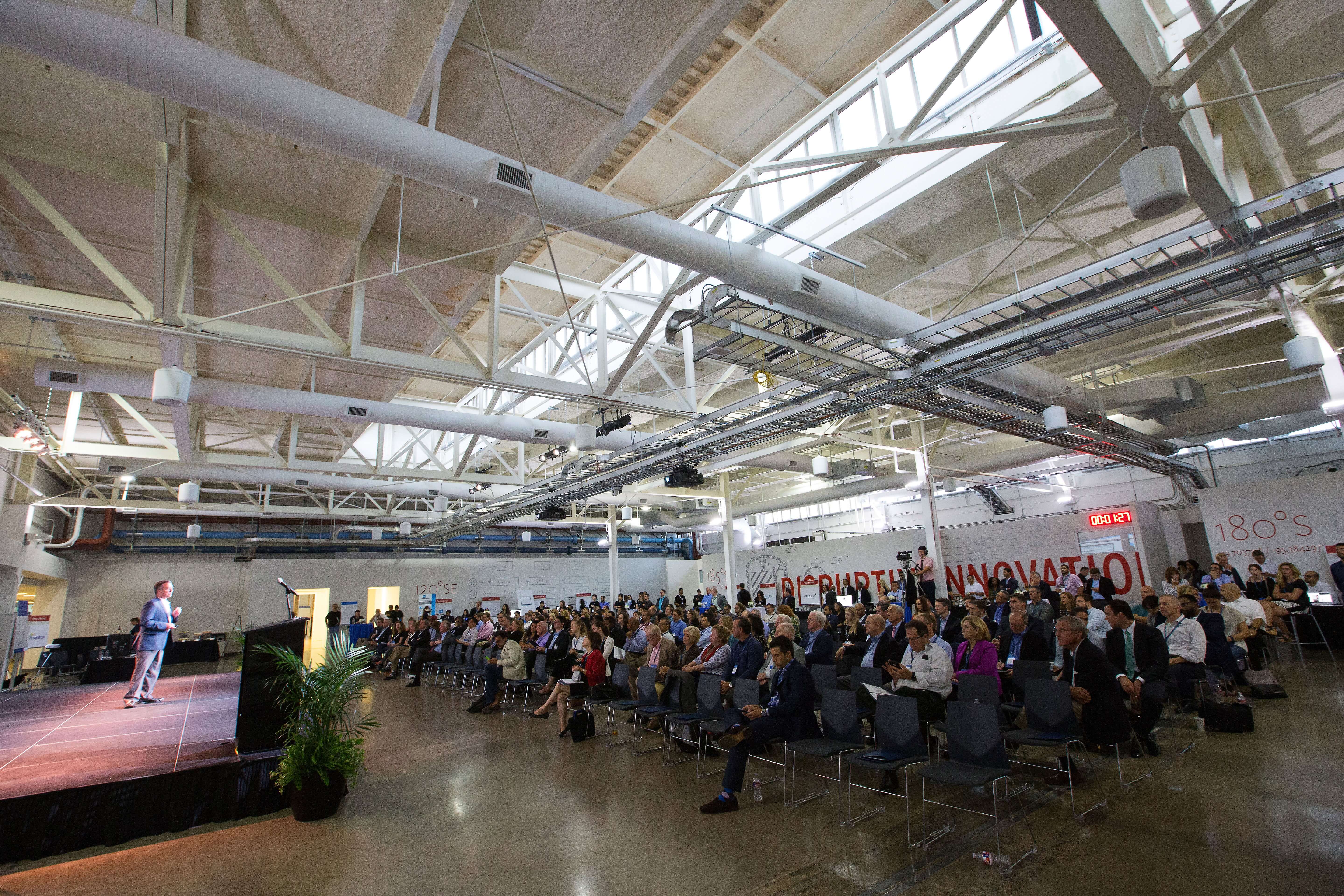 Amid downpours and thunderclaps, the 12 digital health companies that were part of the second Texas Medical Center TMCx accelerator class, gave their final pitches during the Demo Day event June 2.

In front of a full house of more than 400 advisors, mentors, investors, stakeholders and friends, the companies showed off what they had learned over the four-month program, which included curriculum, hospital tours, learning how to tailor their message and, ultimately, crafting all of that together into a three-minute pitch.

“Thank you everyone for coming out to be here, to all of you advisors and mentors who worked closely with the companies to get to where they are today,” said Robert C. Robbins, M.D., president and CEO of the Texas Medical Center, to the crowd gathered at the TMC Innovation Institute. “You are in for a great treat.”

TMCx Demo Day is a graduation of sorts for the entrepreneur teams, of which half were from around Texas and half were from other areas of the country. Throughout the day, attendees were able to hear pitches from each company, as well as speak personally with the teams and learn about their plans after the accelerator program concludes.

Since arriving at the TMC Innovation Institute in late January, the 12 companies have raised a total of $18 million in venture funding, successfully developed 27 customer engagements, including pilots and validation studies, and hired 16 employees. It gets better from there—two acquisition offers were made, which is the epitome of success in the startup world.

During his welcoming remarks, Erik Halvorsen, Ph.D., director of the TMC Innovation Institute, joked that it would be enlightening to see the initial 60-second and three-minute videos that the companies did upon starting the program and compare them to the day’s pitches.

“I thought Demo Day went great. There was a sense of pride in seeing how far they have come,” he said. “They have come so far, and presenting is a small facet of what a company has to do for its evolution in putting a company to market. If you see the progress, it correlates pretty well in product development, the product fitting to the market and the traction they are now getting with customers. All of those things have made me very proud.”

Erin Flores, Ph.D., business analyst for TMCx, agreed, saying in addition to the amazing turnout, all of the companies did well and the pitches were polished.

Flores, as well as Larry Luck, also a business analyst for TMCx, spent a lot of time with the startups throughout the program.

“I think we made huge improvements over last year,” Luck said. “Production quality and the preparedness of the startups was awesome in terms of their slides, messages and materials.”

Richard Munassi, M.D., chief operating officer of DocResponse, one of the 12 startups, said being in the TMCx program was valuable for his company, which developed a medical assessment solution to match symptoms with diagnoses.

“This has given us the knowledge to address critical issues and allowed us to accelerate our business development from an internal standpoint,” he said.