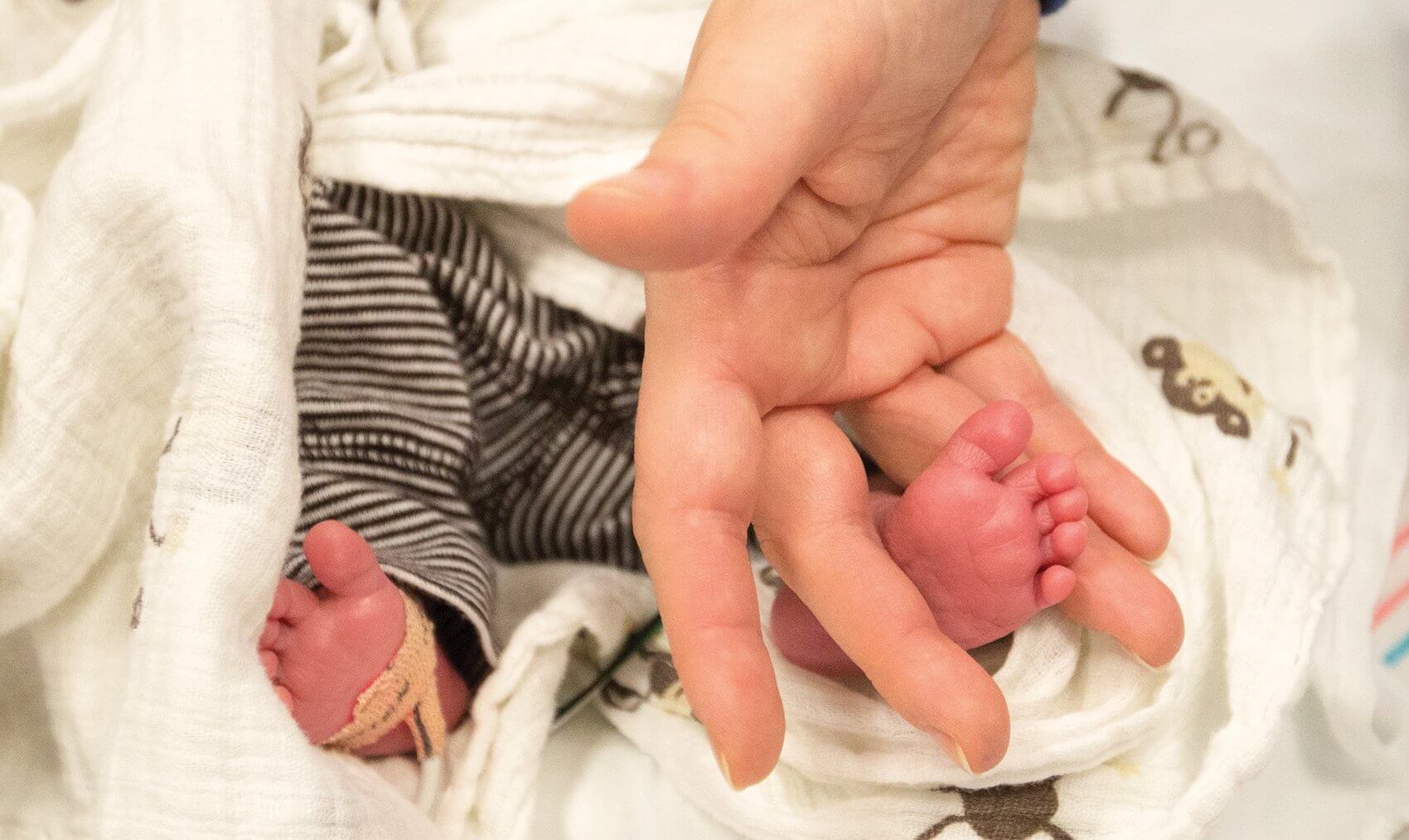 Ateam of researchers at The University of Texas Medical Branch at Galveston (UTMB) recently discovered a link between Bisphenol A, more commonly known as BPA, and preterm birth. The results of the three- year study, which was published in the Journal of Maternal-Fetal and Neonatal Medicine this past March, indicated that women with higher levels of BPA in their blood were more likely to give birth prematurely than those with lower levels.

According to the Centers for Disease Control and Prevention, preterm birth rates have steadily declined over the past decade, but it still affects approximately one in 10 babies in the United States. Because babies undergo critical growth in the final weeks of pregnancy, preterm birth increases the potential risk of underdeveloped organs (such as the brain, lungs and liver), cerebral palsy, developmental delays and vision impairments.

Led by reproductive and perinatal biologist Ramkumar Menon, Ph.D., assistant professor of obstetrics and gynecology at UTMB, the team analyzed BPA concentration levels in maternal plasma and amniotic fluids in selected samples from a biobank of more than 3,500 pregnant women.

“My lab is looking at causality and pathways of preterm birth and maternal health from a fetal perspective, meaning, ‘What is the response of the fetus if the mother is getting exposed to environmental toxicants like BPA?’” Menon said. “We wanted to know why it has distinct effects on the mother and the baby’s tissues during the pregnancy period. Those are the investigations that are ongoing because sometimes we can prevent some of these issues by knowing if it goes here, certain things will happen.”

Based on the chemical nature of BPA, the compound can be easily metabolized through the liver or detoxified in the placenta, made inactive and secreted from our bodies, but consistent exposure to BPA can lead it to accumulate either in its active or inactive form.

“The liver modifies the chemical and makes it an inactive or inert compound, but it can still be detected in your assay, blood or amniotic fluid,” Menon said. “If the exposure level is high, detectable levels of BPA are getting accumulated in the amniotic fluid and maternal blood and those high levels of BPA are linked to preterm birth.”

The prevalent use of BPA has caused the scientific community to closely examine its effects on the human body, particularly in pregnant women and children. Because BPA and estrogen share structural similarities, BPA is able to bind to estrogen receptors and chemically mimic the female hormone when introduced in the maternal blood or amniotic fluid.

“If you look at the normal parturition in humans, estrogen increase is associated with normal labor and delivery,” Menon said. “What happens when the mother is exposed to BPA, or what we call xenoestrogen, is that they mimic estrogen in their chemical nature.

The system is getting fooled by these xenoestrogens and [causing] inflammation—the same type of response as you would expect from estrogen at term but from the xenoestrogen prematurely.”

The industrial chemical compound has been widely used since the 1960s in common household products, such as water bottles, epoxy-lined canned foods and water piping. In addition, BPA can be found in less conspicuous applications, including the dental sealants used in teeth fillings, sports equipment and even cash register receipts.

Although decades of research have shown BPA to be a known endocrine disruptor chemical that interferes with estrogenic signaling and a contributing factor in brain and reproductive development problems, BPA is still one of the highest volume chemicals produced worldwide, with approximately six billion pounds produced each year, according to the CDC. The heightened safety concerns surrounding BPA in consumer goods have led many food and beverage companies to rethink their approach to packaging.

In 2012, the Food and Drug Administration officially banned the use of the chemical in baby products in response to growing public concern and a petition filed by the chemical industry’s main trade association, the American Chemistry Council. A number of manufacturers have followed suit, but even though many plastic bottles and food containers now tout “BPA-free” labels, Menon’s colleague on the study, Cheryl Watson, Ph.D., professor of biochemistry and molecular biology at UTMB, said those descriptions create a false sense of security and safety.

“BPA is an incredibly common plastic, and people like it because it’s clear [and] cheap to make,” Watson said. “So many plastic items will have BPA in them, but they’ll also have other plastics that have their own characteristics that are also hormone disruptive.”

The most popular substitute for BPA in manufacturing plastic consumer products and thermal paper is its cousin, Bisphenol S, another EDC in the Bisphenol family. Although BPS was once considered to be a safe alternative to BPA, Watson and her colleagues have conducted studies that show BPS causes the same hormone disruptions as BPA.

“I call it ‘Whack-an-EDC,’ instead of Whack-a-Mole,” Watson said. “Every time we knock one down, one pops up a new hole that there’s no evidence about, so we spend the next five years tracking down the next one. This is just insane.”

While preterm birth is still an understudied and underfunded area, Menon, Watson and their team plan on continuing their research efforts to better understand the mechanisms and molecular pathways responsible for the link between environmental factors and inflammation in hopes of developing targeted interventions.

“We haven’t reduced the rate of preterm birth at a global level in 30-plus years, partly because we have a universal approach in treating preterm labor,” Menon said. “Manifestation of risk and risk-induced biochemical changes are different in each woman, so we really need to understand what leads to preterm labor in a given subject so that we can personalize interventions.”

In addition to studying BPA as it relates to preterm births, other environmental factors Menon and his team are investigating include carbon monoxide exposure, pesticides, flame-retardant chemicals, behavioral risk factors like smoking and alcohol abuse, and microbial infections, including risks like Zika virus. Although their research has not yet identified the precise cause-and- effect mechanisms behind preterm birth, Menon said knowing the full scope of the correlation between those risk factors and maternal health could hold the key to improving the quality of life for future generations.

“[Maternal and child health] exaggerates the need for this research,” he said. “Society is basically formed in utero and any toxic exposures have pronounced impact in shaping an individual’s future and that needs a whole lot more attention, especially when it comes to preterm labor and delivery. It means that babies may be programmed to have an adult disease at a very early stage of their life.”