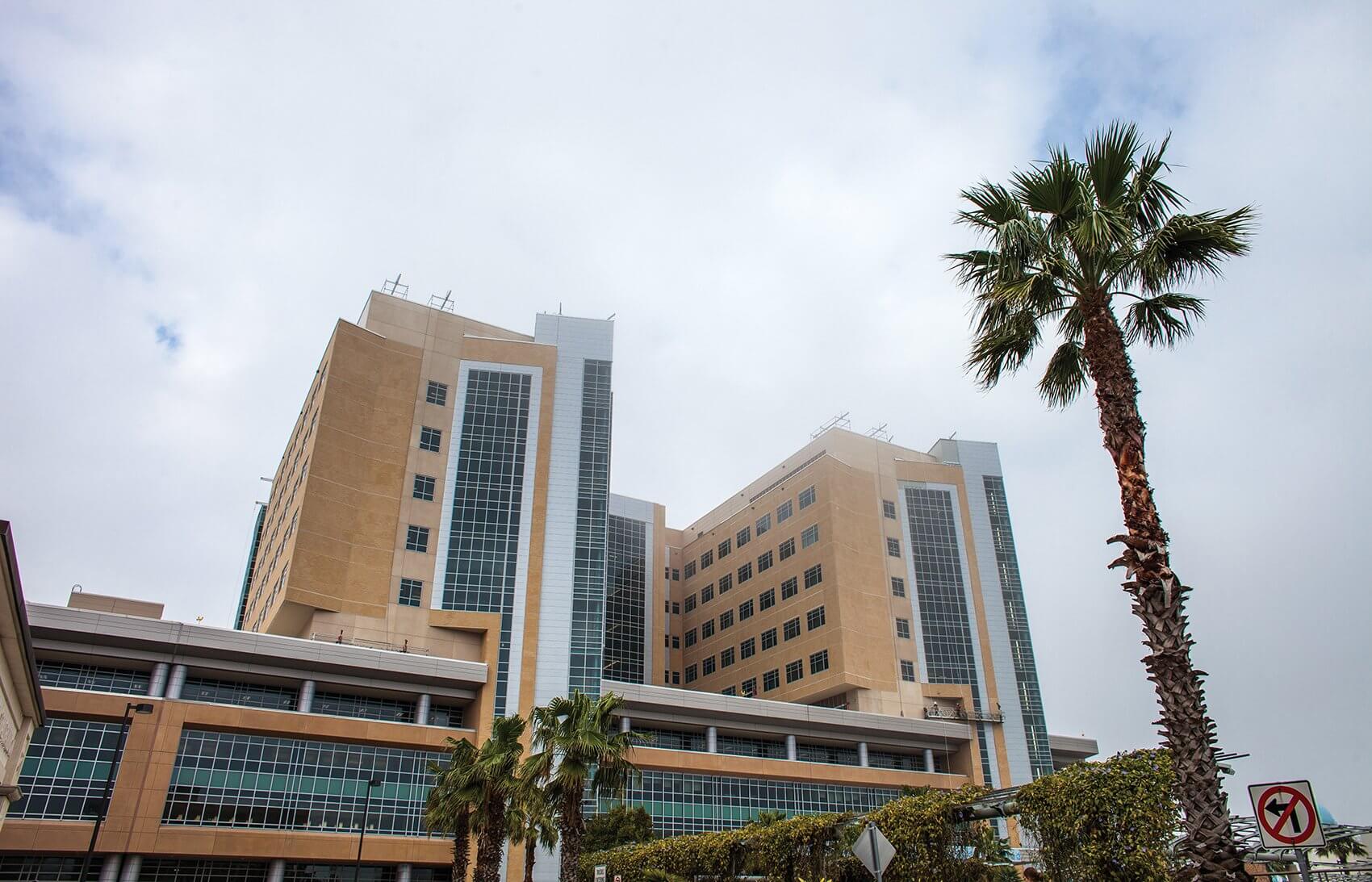 On Sept. 13, 2008, just after 2 a.m., Hurricane Ike made landfall on Galveston Island, leaving in its wake widespread and unprecedented damage. It razed thousands of homes, flooded historical landmarks and caused the temporary shuttering of The University of Texas Medical Branch at Galveston (UTMB) and its affiliated hospitals.

But before the storm surge—before waves of debris came knocking on the doors of the century-old campus, before millions of dollars of medical equipment was flooded and fried—officials had resolved to evacuate all patients and nonessential employees. It was a decision that almost certainly saved numerous lives, but also one they hope to never have to make again. And, despite the likely inevitable recurrence of another major storm on the island, they might not have to.

Today, nearly eight years later, the campus is preparing for the grand opening of the Jennie Sealy Hospital, a state-of-the-art, 765,000-square-foot facility built with the future in mind.

The statement is intended to be both literal and symbolic. For a period of time after Ike, there was talk about whether UTMB should remain in Galveston at all. Discussions surrounding the institution’s future suggested that it didn’t make sense to rebuild in a place where annual weather patterns threatened to repeat history. What this failed to take into account, however, was how indispensable UTMB was, and continues to be, in the south Texas region.

“When you lose that much capacity, you learn a lot about your impact on a community,” Callender said. “Between the loss of our Level 1 trauma center, our patients looking for places to go, and our physicians looking for a place to provide care for their patients, it was clear the region relied heavily on us for medical care.”

Often cited as one of the most important reasons the Level 1 trauma center should remain in Galveston was the “golden hour”—a term used in emergency medicine to describe the period of time following a traumatic injury during which prompt medical treatment can be the difference between life and death.

“Most of the time we have approximately 50,000 people on the island, plus a convention or visitor group, but during weekends in the summer months or some of our bigger events, that number will swell to a couple hundred thousand. Having a place for people to go for medical care without having to travel a substantial distance is important—especially if you’re talking about trauma,” explained Donna Sollenberger, executive vice president and CEO of UTMB. Sollenberger was brought in one year and a day after Ike to help rebuild the campus, a position she is honored to have filled. Brimming with pride, she considers the Jennie Sealy a gift back to Galveston, a thank you for the community’s ongoing support and resolve.

“I think it’s a symbol of not just the resiliency but the tenacity of the people here,” she said. “The support has been overwhelming, and it really reinforces the fact that we serve so many people in so many ways.”

Sollenberger recalled seeing a MICU nurse walk out of the break room one day after the units were finally full again. She was chewing her last bite of lunch and Sollenberger made a remark about how busy they were.

“At other places I’ve worked, the nurse might have responded with a tone of complaint, but she just looked at me and said, ‘I know, isn’t it great we’ve got our patients back?’ To me, that says it all.”

Eventually, even the argument about Galveston’s vulnerability to tropical storms fell flat—naysayers had to look no further than the Galveston National Laboratory to see that the concern could be more than effectively addressed.

Known on campus as the GNL, the renowned infectious diseases research facility was built specifically to tolerate inclement weather. After Ike, the only “damage” assessed was a tiny bit of water under the front door.

“It did extremely well, just as the architects had promised,” Callender said. “We built the Jennie Sealy to the same standards, and we’re confident that we can withstand whatever the Gulf of Mexico sends our way.”

All of the critical facilities sit above the major floodplain, at least 25 feet above sea level or higher. The structure was engineered to function in the midst of significant utilities outages, with emergency power capabilities and ample water storage, and should be able to resume normal operations within hours of the passage of another major hurricane. Inside, there are 28 day-surgery rooms, 20 operating suites, intraoperative MRI capability, four isolation rooms per floor, dedicated bariatric patient rooms, 10 family waiting areas, and numerous physician work rooms and nurse stations as well as dedicated private physician and resident team areas, on-call sleep rooms and conference rooms. In addition, there are two unfinished levels available for future expansion and growth.

The 310 patient rooms are all universally sized—quite large for a hospital, measuring in at 285 square feet each—to accommodate all levels of care. Additionally, each room features a now-standard handwashing sink and ADA compliant restroom, along with a family refrigerator, two televisions to accommodate both the patient and his or her visitors, locking drawers for valuables and a sofa bed. Perhaps most impressive of all? Each and every room boasts either a view of the Gulf or Galveston Bay—some of which are rumored to rival even the nicest hotels in town.

If the rooms sound custom-made for the patients, it’s because they are. In fact, many of the amenities were added based on patient and staff input. Prior to construction, task forces comprised of UTMB personnel and members of the community toured fully constructed mock-ups, offering suggestions ranging from the refrigerator to the exact placement of the clinical gases above the bed. When it came time to choose a sofa for overnight visitors, the design team placed three prospective options, accompanied by a ballot station, in the lobby of the John Sealy Hospital—as it turned out, the model they had originally planned to purchase came in dead last.

“I always tell people that story,” Sollenberger said. “It’s a reminder of why we involve our patients in the decision-making process.”

Whether it is the architectural sturdiness, the clinical spaces dedicated to advanced education and excellence in patient care, or the many marks of evidence-based principles for creating spaces that support patient healing, the Jennie Sealy would not have been possible without extraordinary community support and generous philanthropic donations made by The Sealy & Smith Foundation.

“We really cannot say thank you enough,” Callender said. “I also want to take the opportunity to say thank you to so many others who worked so hard to make this happen: all of our staff, our alumni, our friends and supporters across the state and the country, the legislature, our federal delegation, The University of Texas System and its Board of Regents, the chancellor—everybody got involved and made the strong case that has put us in the position to open this beautiful facility.”

The Jennie Sealy Hospital will begin admitting its first patients in early April. It is truly an institution for Galveston and by Galveston. Even the art throughout the building is almost exclusively created by local artists or depicting scenes native to the island such as waves, sand dollars, palm trees and blue skies—a therapeutic and calming presence for the patients and families in need of UTMB’s care. For many, it will feel like home.