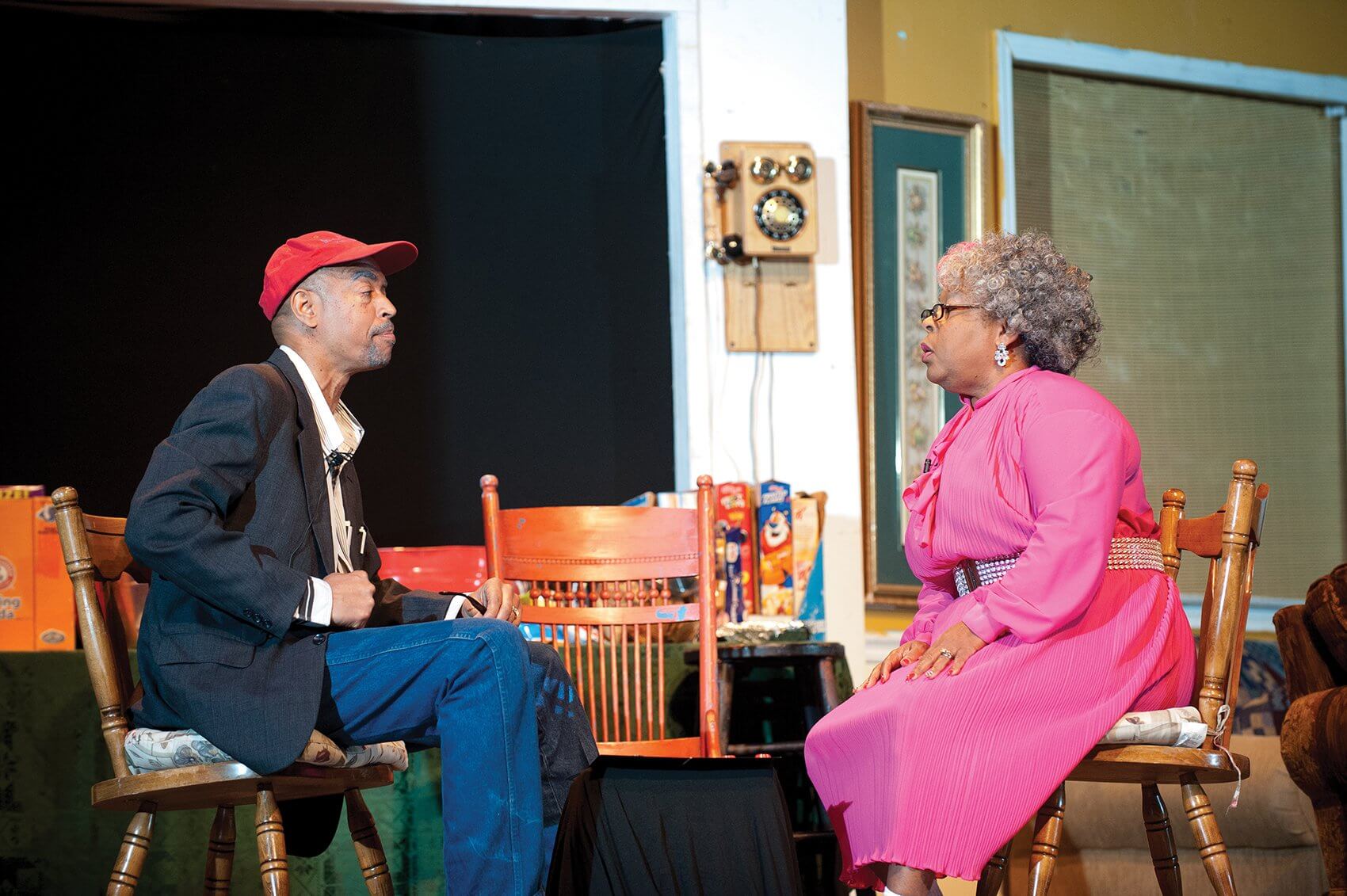 Playwright Garrett Davis has dedicated his life to writing about problems that affect everyday people. “Forget Me Not,” his award-winning stage play, was written after the passing of his grandmother from Alzheimer’s disease. Through this play, Davis mourned the loss of his grandmother while bringing awareness to the African-American community about their increased risk for the disease. Baylor College of Medicine’s Alzheimer’s Disease and Memory Disorders Center recently teamed up with African- Americans Against Alzheimer’s and GDavis Productions to bring “Forget Me Not” to Houston.

The play is based on a family whose mother is battling cancer, and their close friends, the Bills. In the beginning, the characters are solely focused on Mrs. Kizzy’s cancer. They do not notice how strangely her husband, June, is acting—getting lost on a short trip to the country store, losing his watch and forgetting his granddaughter’s name. Whether it is denial or pride, he does not receive the help he needs.

It is not until Mrs. Kizzy dies and June asks his daughter, Rene, to leave his house so he can be alone with his wife that his daughter understands there is a serious problem. Once a doctor analyzes June, he is diagnosed with Alzheimer’s disease. His friends and family are devastated, but relieved that he will be safe and they can begin helping him. Once a proper diagnosis is given, everyone in the family benefits because they can get the help they need to care for their loved one.

German doctor Alois Alzheimer first discovered Alzheimer’s disease in 1906. A patient he had been treating died of a “peculiar” mental illness. After her death, Alzheimer looked at her brain and found shrinkage and abnormal deposits in and around the nerve cells. In 1910, German psychiatrist Emil Kraepelin officially named the disease “Alzheimer’s Disease.”

According to the Alzheimer’s Association, Alzheimer’s disease is the most common form of dementia and is the sixth leading cause of death in the United States. It is the only disease in the top 10 causes of death that cannot be prevented, cured, or slowed. Today, there are over five million Americans living with Alzheimer’s disease.

African-Americans are twice as likely to develop Alzheimer’s disease and other forms of dementia and are less likely to be diagnosed and treated. While researchers are not certain why their risk is so much higher, they do have a solution that can improve treatment for African-Americans: research.

There is no definite reason why anyone gets Alzheimer’s disease, but researchers have identified risk factors. They include heart disease, diabetes and high cholesterol. These conditions damage the heart and blood vessels and disrupt the brain’s vital supply lines.

A major problem for families is that there are normal changes that happen as we age. Alzheimer’s disease in its early stages can be easily confused with normal aging, but it is, in fact, very different.

“We may forget where our keys are and things like that,” said Caryn Glosch, Ph.D., director of education and patient/family services for the Alzheimer’s Disease and Memory Disorders Center at Baylor College of Medicine. “For folks who have early stages of Alzheimer’s, they have a very difficult time holding on to new information. They may forget a conversation they had with someone. They may ask questions repeatedly.”

Alzheimer’s disease is not easy to diagnose. The only absolute diagnosis can come from looking at a patient’s brain—usually after death.

Because Alzheimer’s disease does not have a cure, the best chance to find answers is through clinical research. Presently, African-Americans are greatly under-represented in studies.

“We are seeing trends that show African-Americans are more susceptible to the disease. But because they are not participating in research, it is very difficult to understand why,” said Glosch.

“Forget Me Not” drew a sold-out audience. Attendees enjoyed the play and took part in a panel discussion with Glosch, Davis, Rachelle Doody, M.D., Ph.D., director of the Alzheimer’s disease and Memory Disorders Center at Baylor College of Medicine, and a current participant in an Alzheimer’s clinical research study.

“I hope that African-Americans see this as a call to arms,” said Glosch. “That, ‘We need to be involved with research because we are being hit with this disease with a greater impact than others. We need to be part of the cure.'”