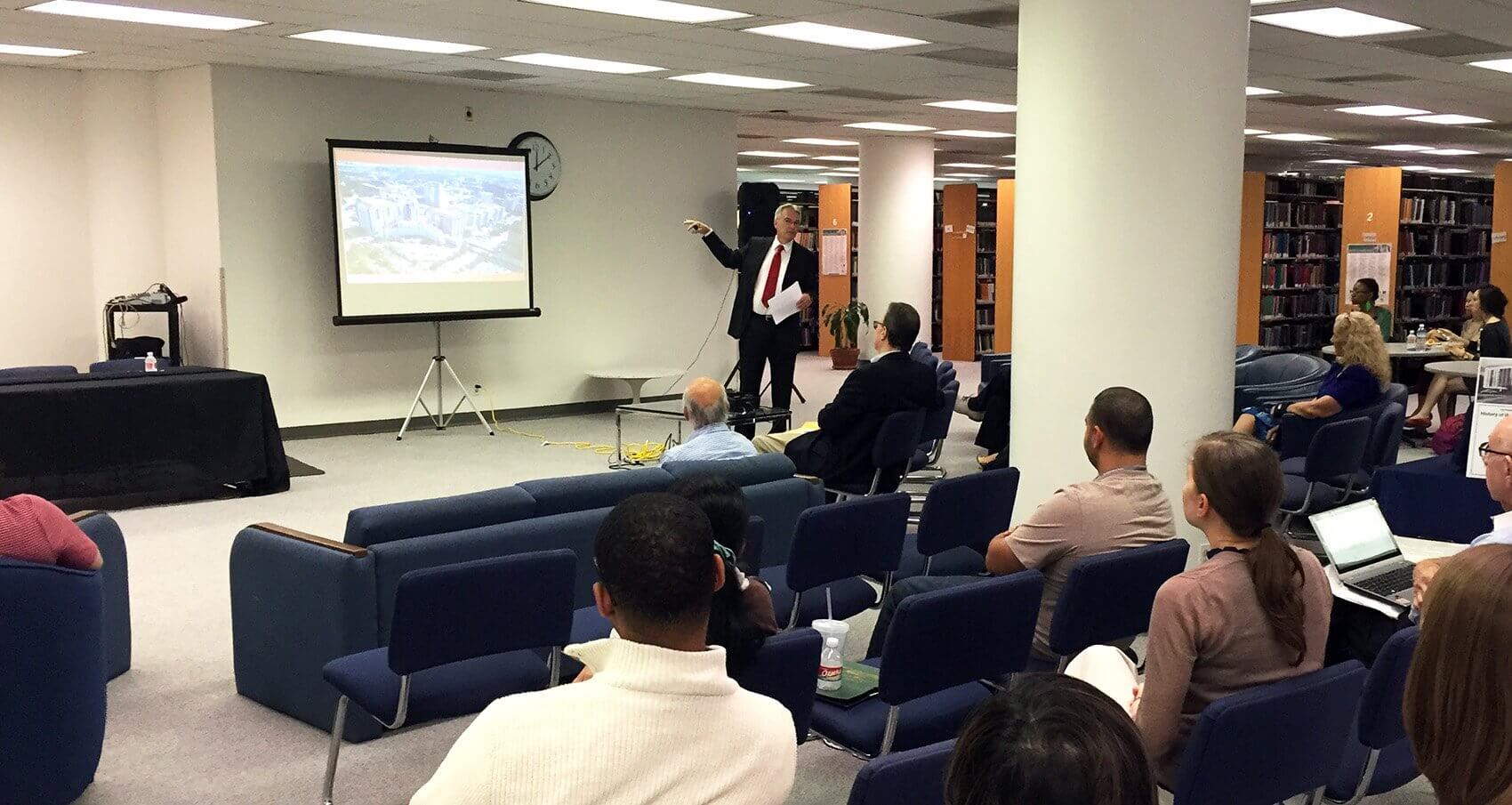 The Texas Medical Center was not developed overnight–in fact, it took the better part of a century to make it what it is today. When early settlers in Houston laid the groundwork and left their fortunes to create the medical center, they realized hospitals and medical schools require a library to be the best they can be.

In 1913, the Harris County Medical Society leased offices in the Kress Building on Main Street to house their offices. In 1915, the Houston Academy of Medicine opened a library in one of the Kress offices. The library housed 1,871 books and 56 journals.

The library has had several homes over the past 100 years. In 1923, it moved into a 1,200-square-foot space in the Keystone building. In 1926, it occupied the 16th floor of the Medical Arts building. By 1943, the library had outgrown the Medical Arts building, even though they had expanded the space. With books being stacked from floor to ceiling, they knew it was time for an even larger space.

In 1944, Jesse H. Jones donated $600,000 toward the building of the Houston Medical Society Library. The library is the only building in the medical center that was named after Jones while he was living, though he had a hand in building many others.

In 1949, The Houston Academy of Medicine Library merged with the Baylor College of Medicine library. Their collection of combined books totaled 34,000 volumes. The library was temporarily placed in the Roy and Lillie Cullen Building until their new library building was completed.

Construction for the library began in 1951 and on September 9, 1954, the Jesse H. Jones Library Building was opened.

In 1956, John P. McGovern came to the Texas Medical Center. McGovern attended the Duke University School of Medicine where he not only studied medicine, but also learned the importance of preserving archives and gaining knowledge through books. His role model, Sir William Osler, a founding professor at Johns Hopkins Hospital, believed there was nothing more important than books for physicians.

“He who studies medicine without books sails an unchartered sea,” said Osler.

McGovern is responsible for donating his rare books collection to the library and growing the library’s archives to ensure Texas Medical Center physicians have access to knowledge.

With the growth of the Texas Medical Center, the library grew too. As new institutions became members of the TMC, they began contributing their journals and volumes to the library.

The library is an incredible resource for medical students, researchers and physicians at TMC and a necessary one.

“All medical schools need accreditation to stay open,” said Boutwell. “One of the first things they look at for accreditation is what your library resources are for your students. This medical library is one of the best in the world and it always gets us good scores.”

The library has also become a common ground for the 56 institutions that make up the Texas Medical Center. There is information housed in the library ranging from the Atomic Bomb to journals written by Dr. Denton Cooley that students and physicians can learn from today.