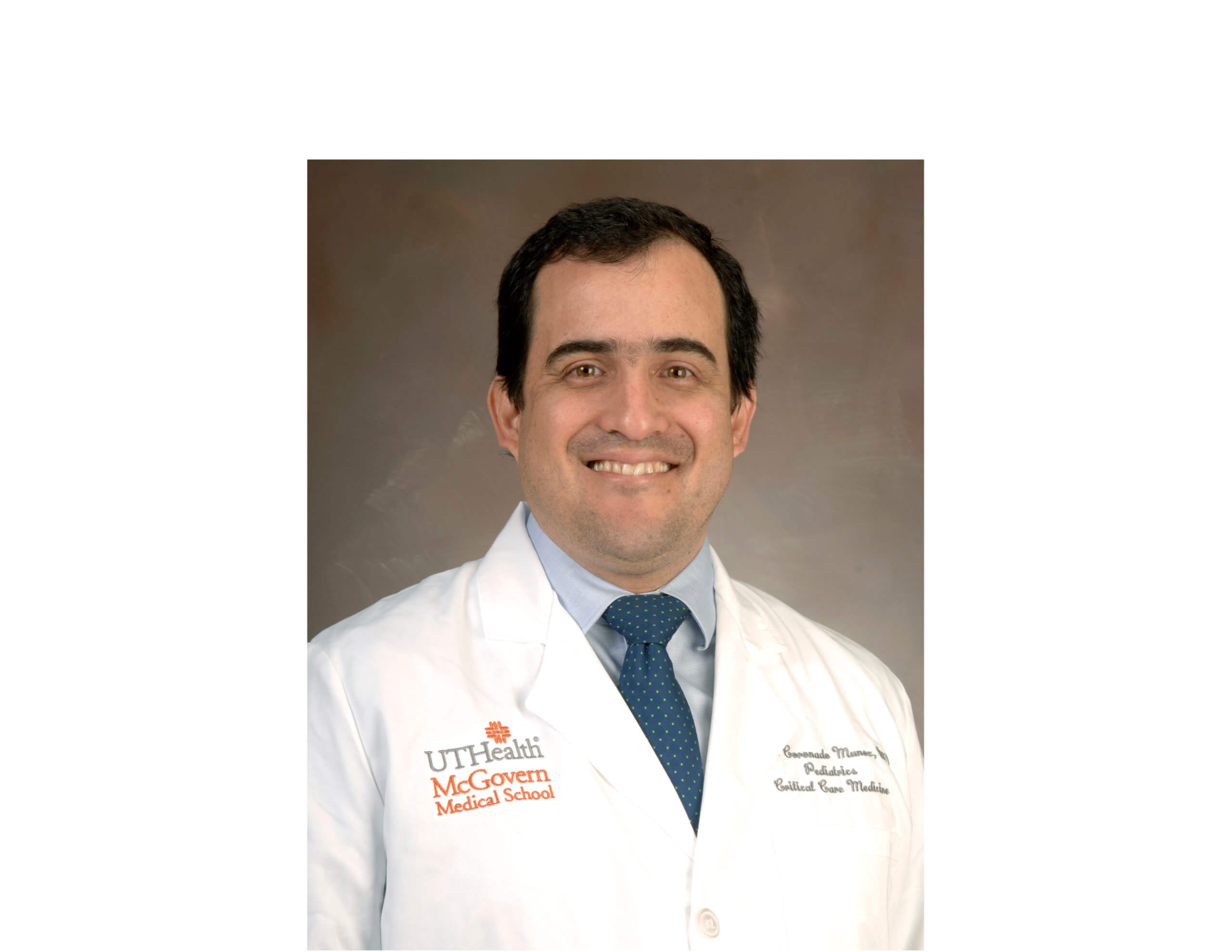 A 3-week-old child with severe COVID-19 infection was treated by physicians affiliated with The University of Texas Health Science Center at Houston (UTHealth).

A report on the case, published online last week in The New England Journal of Medicine (NEJM), is part of a compilation of clinical accounts designed to “offer important teaching points or novel findings” about the coronavirus pandemic.

“We have known that there are not a lot of pediatric cases described, especially at this young age. As the pandemic has evolved in the U.S., we have seen more and more of these cases reported, but initially there was not a lot of information about young babies getting critically ill,” said lead author Alvaro Coronado Munoz, M.D., a pediatric critical care specialist and assistant professor of pediatrics at UTHealth’s McGovern Medical School in Houston. “We felt it was very important to use this case as a reference for other colleagues. … We have gotten feedback from all over the world about this report and also questions about experiences of management as we prepare for potentially other babies with this critical condition.”

The baby boy, born at full term and previously treated with antibiotics for a fever, is believed to have been infected after birth.

“He had been at home for a couple of weeks,” Coronado Munoz said. “He was gaining weight appropriately and there were no other health problems.”

The child arrived at an unidentified emergency room with a two-day history of nasal congestion, rapid breathing and reduced feeding, according to the report. He was admitted to the ER then transferred to a pediatric intensive care unit (PICU).

The report doesn’t name the hospital where the child received PICU treatment and Coronado Munoz said the institution has not consented to be identified.

The two-page brief includes three chest scans that illustrate the progression of the SARS-CoV-2 infection, which causes COVID-19 disease. The first X-ray, taken before the child was treated at a PICU, shows some inflammation, infection and possible pneumonia in the right lung.

“It was enough for us to be concerned and say that this is something abnormal … and this could be COVID,” Coronado Munoz said. “We had to take all the precautions for us and for the patient.”

The second X-ray, taken after the patient was placed on a ventilator, shows “signs of infection and inflammation on both sides of the lung,” the physician said.

The third X-ray shows pneumothorax or a collapsed lung.

“The lungs get so sick that they can leak … and it’s a complication of an infection,” Coronado Munoz said. “We thought it was important that the medical community know that these complications happen, because it can present in other patients who have the same infection and require the same support.”

The baby received azithromycin, an antibiotic, and hydroxychloroquine, a malaria drug that has been touted by some—including President Donald Trump—as a potentially effective treatment for COVID-19.

“It is difficult to draw conclusions just with one case. Our case was successful and the patient recovered,” Coronado Munoz said. “I cannot say that was all to the credit of that treatment (hydroxychloroquine) because we did a lot of things for the patient.”

Among children with COVID-19, infants have had the highest hospitalization rate, according to an early-April report from the Centers for Disease Control and Prevention (CDC). According to the study, 62 percent of COVID-19 pediatric patients younger than 1 year old with known hospitalization status were admitted to the hospital or intensive care unit.

An article published last month in The Lancet focused on five young infants with COVID-19 in France. The babies, all boys, had isolated fever but did not have respiratory symptoms or require intensive care. The physicians who co-authored the article recommended COVID-19 testing for all infants under 3 months who present with isolated fever.

The newborn treated by UTHealth professors also tested positive for rhinovirus, which causes the common cold. Studies also have shown that some COVID patients are often co-infected with other respiratory viruses.

He recovered after nine days and was discharged without oxygen.

The NEJM report also noted that the child was born to a 21-year-old mother and lives in a household of eight people, which presents an opportunity to educate parents, relatives and friends about closely monitoring babies during this pandemic.

“Even with people staying at home and taking all the precautions, if children get symptoms like fever and having difficulty breathing, I wouldn’t delay getting attention. I wouldn’t delay looking for medical help,” Coronado Munoz said.