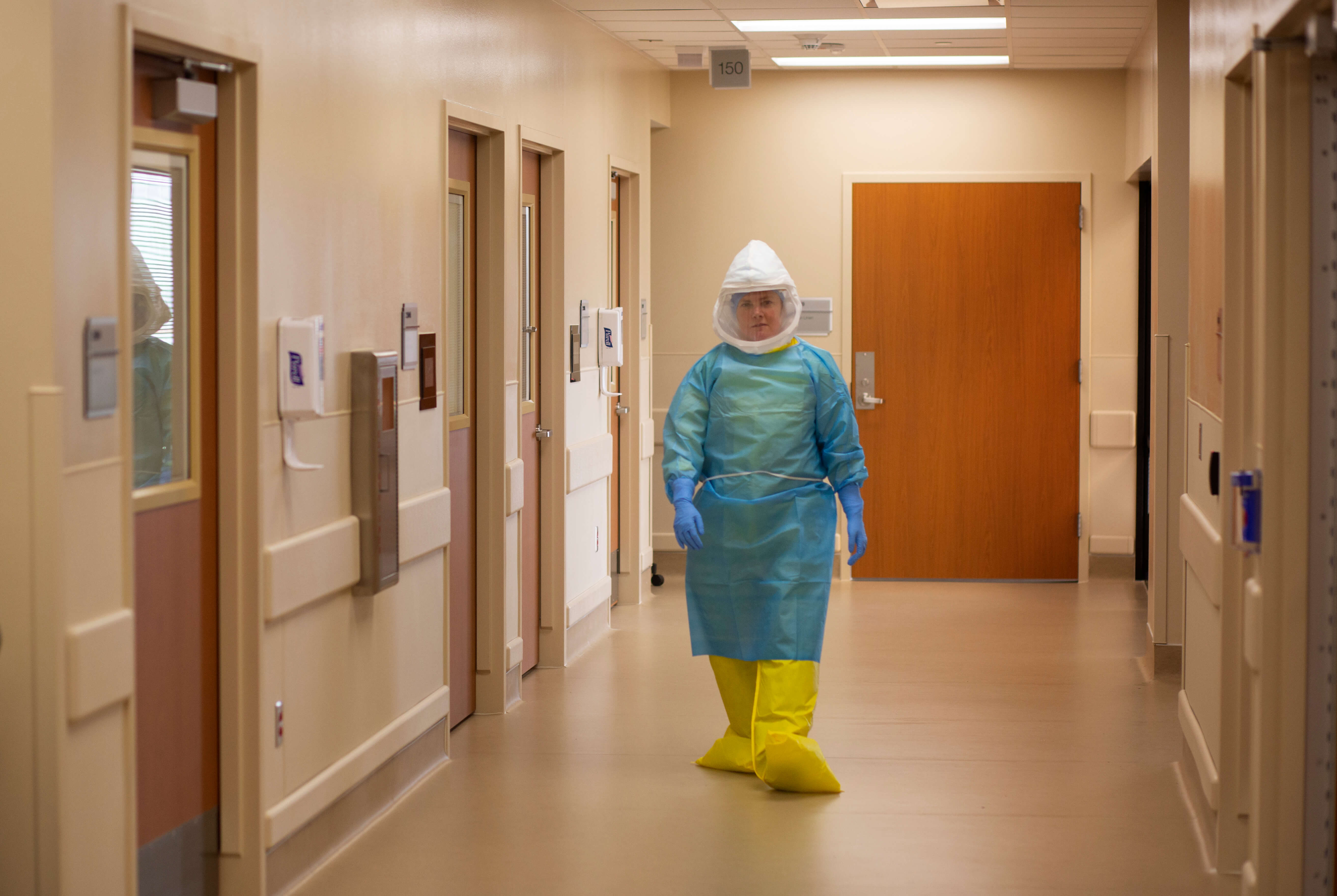 The 2014 to 2016 Ebola outbreak in West Africa resulted in more than 28,600 cases and 11,325 deaths, including 11 people who were treated in the United States, according to the Centers for Disease Control and Prevention. In response, the U.S. Department of Health and Human Services (HHS) tapped UTMB as one of 10 hospitals in the country to serve as a Regional Ebola and Other Special Pathogens Treatment Center. The Galveston unit serves Texas, Louisiana, Oklahoma, Arkansas and New Mexico.

“We’re part of a network of care providers who know how to do this and are willing to do this,” said Susan McClellan, M.D., medical director of UTMB’s Biocontainment Care Unit. “The fact that we’re here—the fact that we think about it—means that we won’t have someone accidentally coming through the ER, being sent up to the general ward with something that could kill people. …  This makes this kind of hospital the safest place to be in when there’s a risk of a highly infectious pathogen.”

Although UTMB has been prepared to accept patients with Ebola and other infectious diseases since early 2015, the new unit—which is separate from the general emergency room—has six patient rooms built with special surfaces and negative airflow to filter out infectious particulates as well as to ensure patient and health care worker safety.

Construction for the new unit began in October 2017. Funding for the approximately $17 million price tag was provided by HHS, the Texas Department of State Health Services and UTMB, with the ultimate goal of creating a center prepared to handle any future infectious disease outbreaks.

For McClellan, treating patients exposed to Ebola and other infectious diseases is a personal mission. She worked with the World Health Organization in Sierra Leone before and during the recent West African Ebola outbreak, which claimed several colleagues.

“There was a lot of thinking that Ebola was going to kill people anyway, no matter what we do, so it didn’t matter if they didn’t get enough IV fluids because they were all going to die. That turned out to be so clearly untrue when you actually gave people supportive care,” McClellan said. “It created a whole change in thinking about preparedness not just about being a place to lock people away and see if they live or die, but being prepared to give them highly skilled and highly intensive medical care in a setting where the health care providers were safe. … If you could provide highly intensive care to individuals who had these scary diseases, many of them would survive.”

Under its federal designation as a Regional Ebola and Other Special Pathogen Treatment Center, the hospital is required to have “enhanced capabilities” to simultaneously treat at least two patients with Ebola for the duration of the illness, which includes respiratory infectious disease isolation or negative air pressure rooms for at least 10 patients and the ability to treat pediatric patients, according to HHS. The hospital must be able to accept patients within eight hours of notification. At UTMB, once the containment protocol has been activated, the staff is trained to mobilize and become fully operational in 40 minutes.

“We have the knowledge. We have the capabilities. We have the equipment,” Connally said. “We should be able to spread that knowledge so when someone walks through the front door of a tiny little hospital in Gonzales, Texas, they at least have an idea of what to do to keep the facility and staff safe while they wait to transfer that patient to us.”