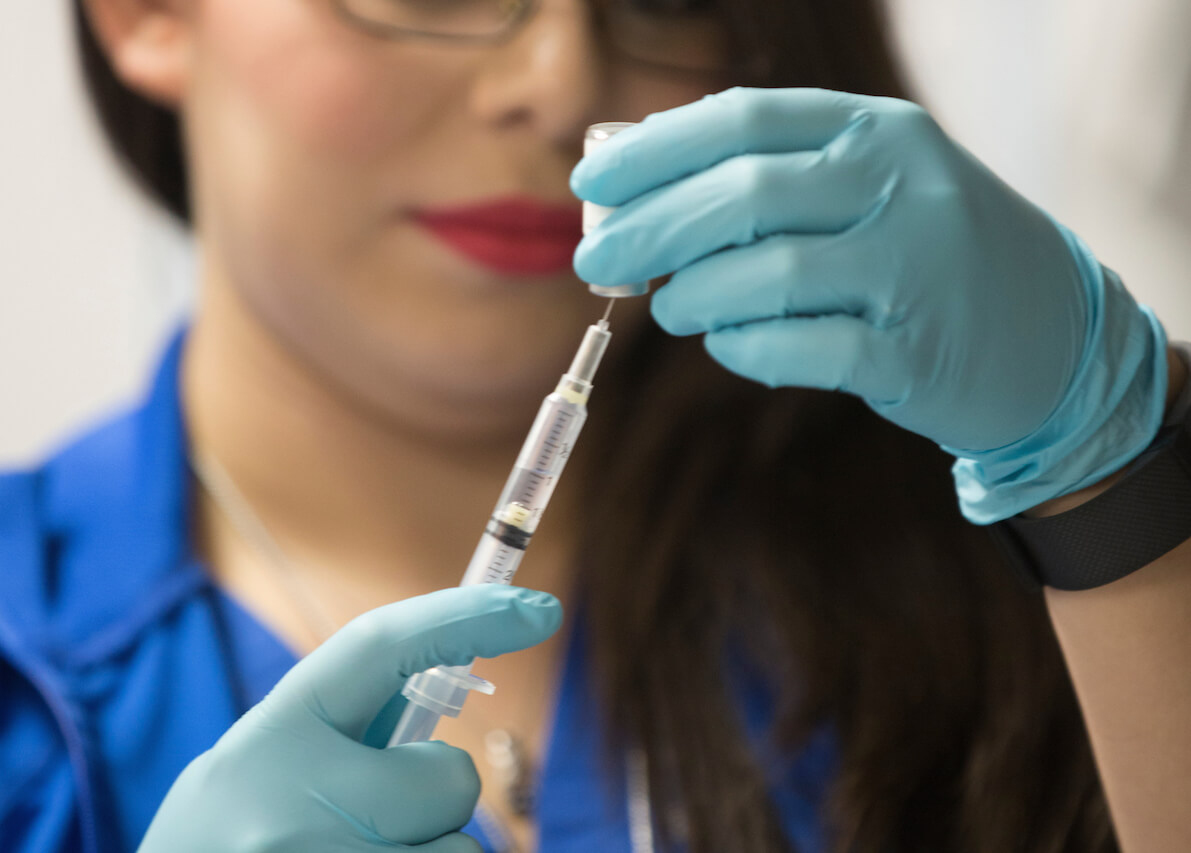 A Centers for Disease Control and Prevention (CDC) committee voted today to expand age recommendations for the HPV vaccine, which protects against human papillomavirus.

The Advisory Committee on Immunization Practices (ACIP), a group of medical and public health experts who develop recommendations on the use of vaccines for the United States, voted unanimously to expand the recommended age of vaccination in males from 21 to 26 years of age. With a 10 to 4 vote, the committee also approved the HPV vaccination for men and women ages 27 to 45 based on shared clinical decision-making—the practice of physicians weighing options and evidence together with their patients when considering how to proceed with clinical decisions.

The newly approved recommendation also states that HPV vaccines are not licensed for use in adults older than age 45.

Today’s vote comes after the U.S. Food and Drug Administration (FDA) approved an age expansion for Gardasil 9, which protects against nine different strains of HPV, last October. Gardasil 9 is currently the only HPV vaccine available for use in the U.S. Previously, the HPV vaccine was only licensed for males up to age 21 and females up to age 26. Today’s vote brings the male age up to 26 but does not allow for a blanket-approval of the vaccine for 27- to 45-year-olds, as the FDA’s announcement had. ACIP’s decision is important, because their recommendations are what the Centers for Medicare & Medicaid Services (CMS) use to determine reimbursements.

“It’s one thing for the FDA to say it’s safe and it’s effective… but the reason the CDC’s statement is important is because that’s what the insurance companies go by,” explained Kathleen Schmeler, M.D., associate professor in the department of gynecologic oncology and reproductive medicine at The University of Texas MD Anderson Cancer Center and director of the MD Anderson Cancer Center and Lyndon B. Johnson (LBJ) Hospital colposcopy clinics, where she treats women with pre-invasive cervical, vulvar and vaginal disease.

HPV is a highly contagious and widespread sexually transmitted infection that is associated with at least six types of cancer, including cancers of the cervix, vagina and vulva in females; cancer of the penis in males; and cancer in the anus and back of the throat in both men and women, according to the CDC.

HPV infections are so common that nearly all men and women will get at least one type of HPV at some point in their lives and nearly 80 million Americans are currently infected, according to the CDC’s website. Although most HPV infections clear on their own, those that do not can lead to cancer. In the U.S., HPV causes more than 30,000 cancers every year.

Gardasil 9 has been shown to be safe and effective. In studies that led to the approval of the vaccine, it was found to be nearly 100 percent effective in preventing cervical, vulvar and vaginal disease caused by five of the strains of HPV it specifically targets, according to the National Cancer Institute.

Today’s decision was controversial because some clinicians are concerned that expanding the age range for the vaccine will deter parents from vaccinating their children. Currently, the CDC recommends all children receive the two-dose vaccination between ages 11 and 12 for it to be most effective. For a male or female who misses that window, three doses can be given up to age 26 as a “catch-up,” but may be less effective if the individual has already been exposed to HPV.

Clinicians continue to stress the importance of vaccinating kids before age 13.

“The most important thing with the vaccination—for it to be most effective—is that it’s given before anyone’s exposed to HPV,” Schmeler said, reiterating the CDC’s recommendation for both doses to be completed between ages 11 and 12. “That is by far our strongest recommendation.”

This age range is critical, experts say, because the vaccine only works prophylactically—prior to any exposure.

“If someone gets vaccinated at 18 and they were already exposed, it’s not going to work against the virus type they were already exposed to,” Schmeler said. But, she added, it is still important to get vaccinated, because it will protect against other strains the person has not been exposed to—which is one argument for expanding the age range to 45.

Still, the issue is complicated. Those against expanding the age range, even via shared clinical decision making, cite minimal public health benefit, concern about equitable use of the vaccine given the global vaccine shortage and cost-effectiveness. They also worry that any adult vaccination may detract from the adolescent vaccination program, which is where the greatest public health benefit lies.

Already, the U.S., and Texas especially, is lagging behind in HPV vaccination rates. As of 2017, the latest HPV vaccination coverage estimates available, 51 percent of adolescents in the U.S. had not completed their vaccine series. And Texas has the fifth lowest vaccination rate in the country among adolescents ages 13 to 17, according to a 2017 report compiled by The University of Texas System Office of Health Affairs.

The rates are low, partly because of the vaccine’s association with sexual activity. Some parents believe that vaccinating their child against HPV would condone sexual activity. In addition, it is not a required vaccine for school entry in most states, including Texas, so lack of public education and statewide support has not bolstered rates.