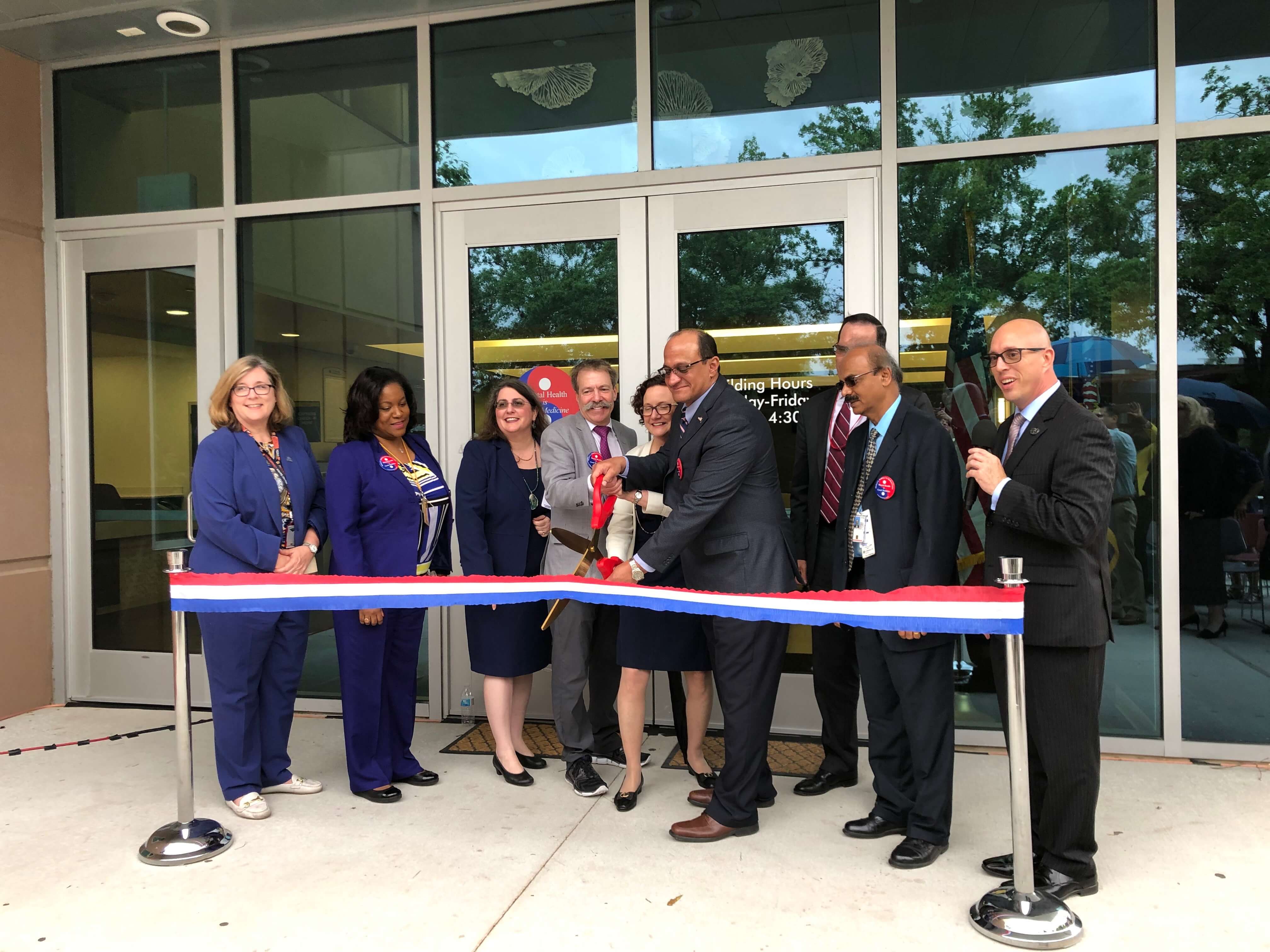 “There’s so much care that went into the designing and building of this building. It really comes from our care and respect of our veterans,” said Laura Marsh, M.D., executive director of the Mental Health Care Line at MEDVAMC said during a ribbon cutting ceremony on Friday to celebrate the opening. “We wanted it to be a calm and welcoming place of healing—not so much like a hospital, but a place where there’s work to be done together where mental health is good medicine.”

The new facility at 2002 Holcombe Blvd. will house a variety of mental health programs including a post-traumatic stress disorder (PTSD) program, neuropsychology, veterans justice outreach and behavioral health as well as the newly added marriage and family counseling.

In the past year and a half, the institution has added more than 400 nurses, 55 physicians and 90 mental health providers.

“We take our mission with the utmost commitment and seriousness because delivering health care is very complex,” said Frank Vazquez, MEDVAMC medical center director. “It’s up to us here at the Michael E. DeBakey VA Medical Center to keep up the promise and the commitment we made to you—the veterans—when you signed your name on the line that we are going to care for you for the rest of your life. We’re going to offer you world-class care. We’re going to strive to get better each and every day.”

Mental health is a major concern among the active duty military and veterans. There’s an increasing focus as more service members from Operation Enduring Freedom (2001), Operation Iraqi Freedom (2003) and Operation New Dawn (2010) receive health care, according to a 2018 report by the National Academies of Sciences, Engineering, and Medicine. A 2014 study published in JAMA Psychiatry showed that nearly one in four active duty members demonstrate signs of at least one mental health condition. Three of the most common mental health concerns are PTSD, depression and traumatic brain injury.

Veteran suicide continues to be an unabated concern. Between 2008 and 2016, more than 6,000 veterans killed themselves annually, according to the most recent VA National Suicide Data Report.

Plans to build a new Houston VA mental health facility began in 2009 when Marsh joined as the executive director, but the initial design was based on past mental health care models rather than future ones. By 2012, Marsh and her team developed a new program to “make sure we weren’t providing redundant services. We needed to make sure we had access and people received care as soon as they needed it and enough of that care. We came up with a collection of teams in this building because it really is going to [provide] the most seamless care,” she said.

The result is a “special place,” Marsh said, where the brave individuals who served this country can receive a breadth of treatments. The opening also comes in May during the observance of Mental Health Awareness Month.