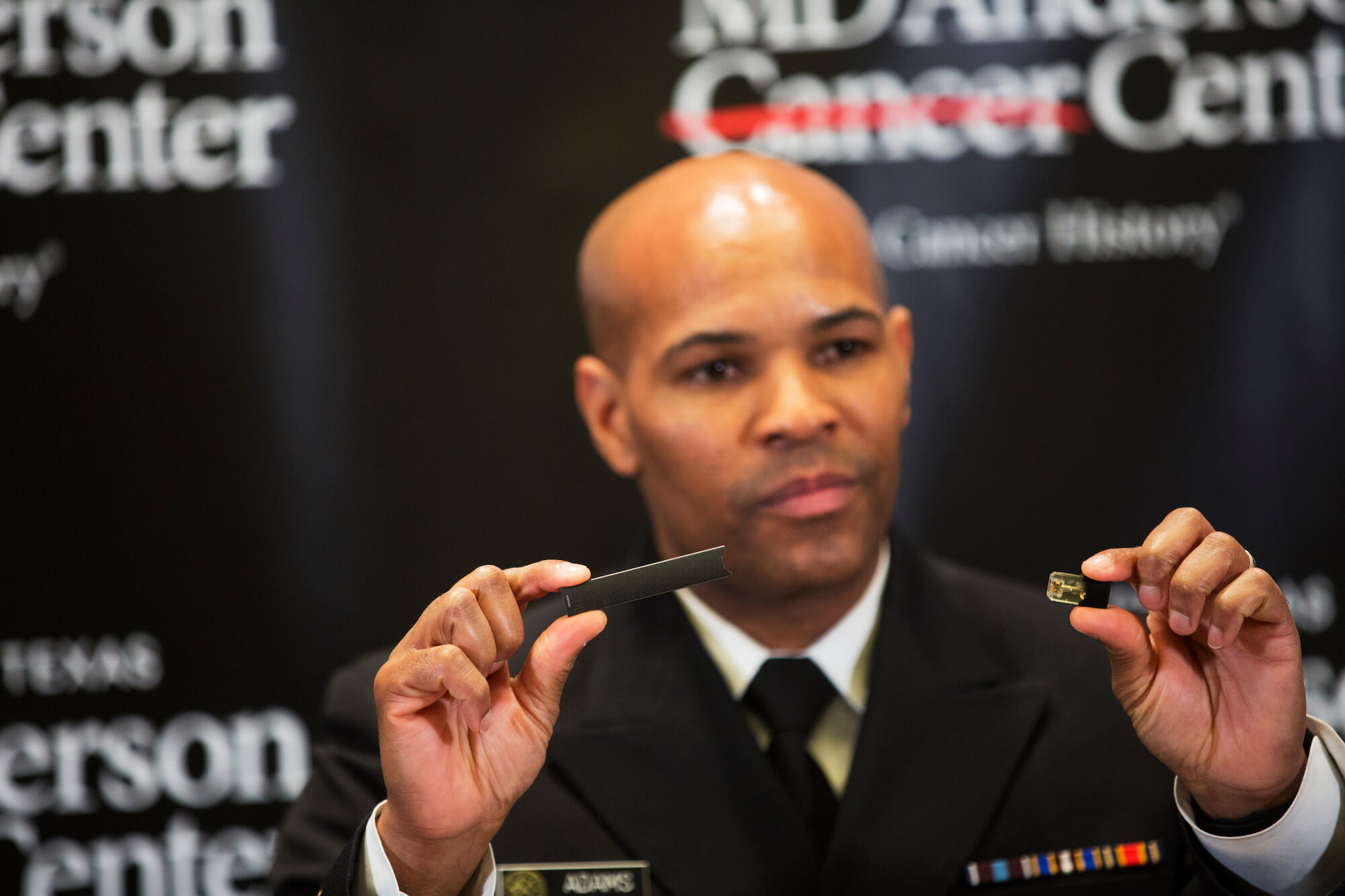 Although popular e-cigarette manufacturer Juul has launched a new ad campaign aimed at adult smokers, medical experts remain skeptical of the company’s intended audience and concerned about the spike in adolescent vaping.

Earlier this year, Juul released a series of 60-second television commercials featuring testimonials from adult smokers who “made the switch” to Juul. Ads have also been released online, on the radio and in print.

“Our success ultimately depends on our ability to get our product in the hands of the adult smokers and out of the hands of youth,” the company said in a press release. “When adult smokers try it, it works. And, the impact is life-changing.”

E-cigarettes were initially introduced to the market to offer adult smokers a safer alternative to combustible cigarettes and to wean them off of their tobacco addiction, but adolescents jumped on the vaping bandwagon. The rise in adolescent vaping from 2017 to 2018 was the largest recorded in the past 43 years for any adolescent substance use outcome in the United States, according to the National Institutes of Health’s annual Monitoring the Future survey.

Stephanie Morain, Ph.D., an assistant professor at the Center for Medical Ethics and Health Policy at Baylor College of Medicine, compared Juul’s original ads with the somber, no-nonsense ads of the new campaign.

“If you look back to 2015, you see these beautiful ads with bright colors and individuals who look like they’re maybe 18 to 24 at these parties. The ads are playing up this New York City lifestyle and they’re super fun,” Morain said. “Now you see their Twitter campaign and it reminds me of a tombstone ad … with very stark, black and white text. What they’re saying is more politically palatable and signaling an olive branch, but it doesn’t seem like they’re bringing the same marketing power to those types of ads, which makes me a little skeptical about how genuine this effort is.”

Juul’s about-face comes on the heels of a difficult year. Throughout 2018, Juul came under intense fire from public health experts and federal regulators, who criticized the company for deliberately targeting its products to minors by luring them with a variety of whimsical flavors, including cool mint, crème brûlée and cool cucumber.

Juul spent approximately $10 million on television ads, which air on cable channels after 10 p.m., according to Juul spokesman Ted Kwong. The company is flush with cash after major tobacco producer Altria, which manufacturers Marlboro, acquired a 35 percent stake—worth nearly $13 billion—in the e-cigarette startup at the end of 2018. According to Altria, the investment places Juul’s market value at $38 billion.

“There is no doubt that, if you have to choose between smoking a combustible cigarette and using an e-cigarette, using a regulated e-cigarette is actually safer. There’s no doubt it has harm-reduction potential,” said U.S. Surgeon General Jerome Adams, M.D., during a recent visit to The University of Texas MD Anderson Cancer Center. “I’m not against preserving e-cigarettes and vaping as an option for adults who want to quit smoking, but I absolutely want people to understand that for young people, this presents a very unique danger.”

It took decades to change young Americans’ minds about combustible cigarettes, Adams said, and e-cigarettes have clouded that success.

“It took us a long time to deal with advertising and marketing to help turn the tide so youth no longer thought [combustible cigarettes] were cool. We’re now to a point where, if you talk to most kids, they’ll tell you it’s not cool to smoke,” Adams said. “Unfortunately, with e-cigarettes, kids—like my own son who thought that these just contain flavored water—think they’re safe and cool. They’re being marketed to them through YouTube, video games, music videos that kids watch. It shows that some of these companies are, in fact, directing their marketing toward children.”

Juul claimed that its flavors, social media marketing and original ads from 2015 weren’t intentionally designed to attract teenagers; however, beginning in April 2018, the U.S. Food and Drug Administration (FDA) turned up the heat by placing Juul under federal investigation.

Later that month, FDA Commissioner Scott Gottlieb announced that the agency had uncovered a litany of violations in e-cigarette sales to underage teenagers and requested that Juul submit company materials, including marketing documents and research targeting different age groups. In response, Juul said it would support raising the tobacco-buying age to 21 and invest $30 million over the next three years to fund independent research, education and community outreach initiatives.

In November 2018, the FDA announced new steps in response to the astronomical surge of e-cigarette use among teens. Stopping short of a full ban on most flavored e-cigarette sales in retail stores and gas stations across the country—an idea many health experts and parents supported— the agency decided instead to issue new rules that limit sales to age-restricted locations and require more robust age-verification processes for online purchases.

“I think this is overdue,” Morain said. “The challenge for regulation is that we’re really trying to thread the needle and ensure youth aren’t getting access to these products, while adult smokers who would use them to transition or ideally to quit altogether would still have access.”

“The meteoric rise in the use of e-cigarettes among our young people,” Adams said, “rose to the level that I felt that I had no choice but to declare it an epidemic.