"One of the important things we have learned over these last several months is the power of virtual communication." 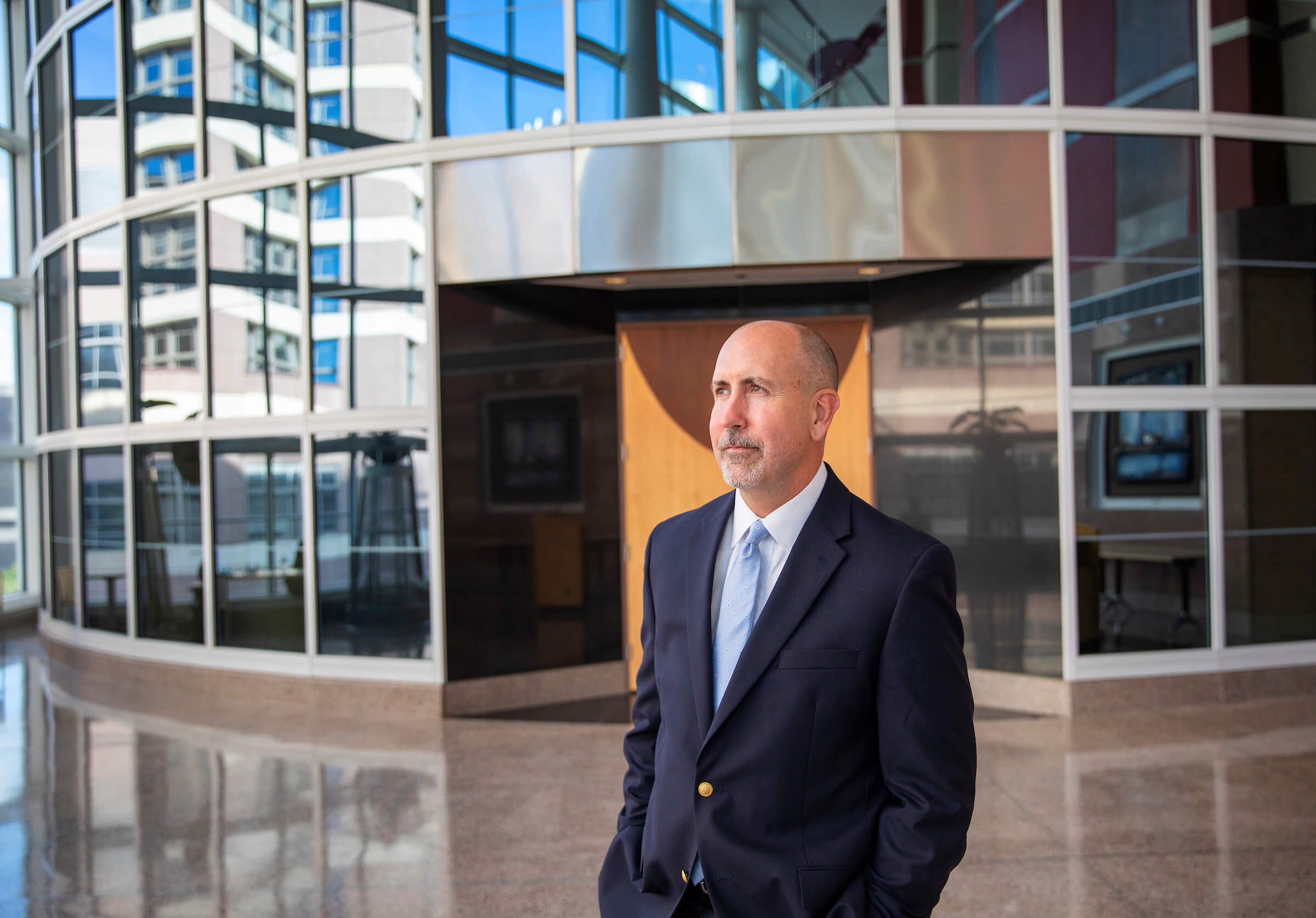 West Texas native T. Douglas Lawson, Ph.D., CEO of St. Luke’s Health, has adapted to the unexpected for decades. As a young political science student at Texas A&M University from several generations of cotton farmers, he was drawn, instead, to a career in health care. A cancer diagnosis in his late 20s sharpened his view of the patient experience as he advanced through the health care leadership ranks. He joined St. Luke’s Health in early 2018.

Now, he faces the unknowns of COVID-19 as the chief executive of an integrated health system of 16 hospitals including its major academic medical center and local flagship—Baylor St. Luke’s Medical Center.

Lawson earned a bachelor’s degree in political science from Texas A&M University, a master’s degree in healthcare administration from Trinity University in San Antonio and a doctorate in leadership studies from Dallas Baptist University. Previously, he served in various roles at Baylor Scott & White in Dallas, including  president of Baylor University Medical Center.

Q | How has COVID-19 tested your leadership?

A | As health care leaders, we are called to lead teams of some of the best and brightest. We are called to lead in a very dynamic environment, in the best of times, and we spend a great deal of time preparing for unexpected situations. I don’t think any of us were fully prepared to manage through this most recent crisis. I draw from my experience as a patient, my training as a hospital administrator and my further work in understanding, at a very deep level, how leadership impacts our front line caregivers and our teams. The reality is that you have to go back to what we’re about, which is caring for patients. Patients want information and they want to trust that the information they are receiving is correct. They want to trust that you have their best interest in your mind and in your heart. My job as an administrator is to be very transparent and to communicate from a factual basis. That basic premise was absolutely put to the test over the last several months. I think it stood our organization—and the collective we call the TMC—in good stead.

Baylor St. Luke’s Medical Center is the No. 2 hospital in Houston and the No. 3 hospital in Texas, according to the 2020-2021 U.S. News & World Report Best Hospitals rankings.

In 2013, the Colorado-based Catholic Health Initiatives (CHI) bought St. Luke’s from the Episcopal Diocese of Texas for $2 billion. The new name became St. Luke’s Health System. CHI and the California-based Dignity Health merged in 2019 to form CommonSpirit Health, based in Chicago. The new nonprofit is the nation’s largest Catholic health system with more than 142 hospitals, 19 clinically integrated networks and 1,000 care sites in 21 states. 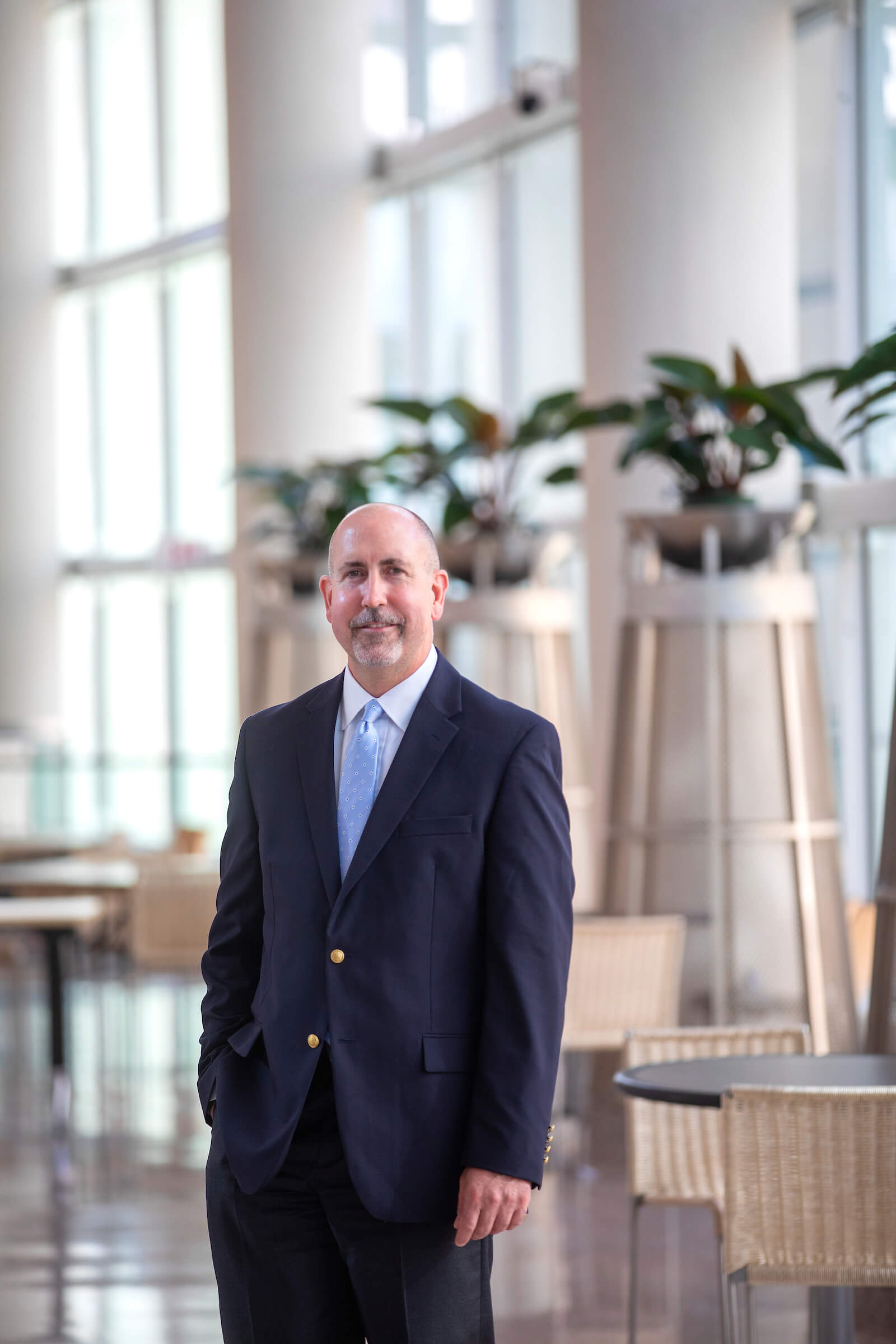 Q | What led you to a career in health care?

A | I probably had my start in health care about as far from health care as you can imagine. I grew up on a farm in West Texas in a little town called Tahoka, a small farming community on the Panhandle. I was the first person in my family not to be involved in agriculture, but I always felt drawn to large, complicated environments and situations. As I progressed through my academic career, I found myself in my first job—washing dishes at the student health center at Texas A&M University—and realized that there was an opportunity to be involved in health care, contribute to the community and do work that had real meaning to people who had a very real need. I met a retired hospital administrator who was overseeing the clinic and he talked to me about health care administration.

Q | What was a pivotal moment in your health care career?

A | I was working as a young administrator running the cancer program at Scott & White in Temple, Texas. It was there that I was diagnosed with Hodgkin’s lymphoma at 27 and spent a year getting treated for that disease. I really understood pretty deeply the connection between the policies and procedures we put in place as administrators and the direct impact those policies and procedures have on patients who are trusting the system with their care.

Q | In late June, you were among four CEOs of TMC hospitals—St. Luke’s, Houston Methodist, Memorial Hermann and Texas Children’s—who held a news conference to clarify the surge in capacity beyond the metrics available on the TMC daily dashboard. Why did you take that step as hospital CEOs to reach out directly to the public?

A | Capacity is a complicated calculation involving physical capacity, equipment and staffing. Early on in the crisis, the dashboard provided to the public reflected a capacity analysis that blended those three concepts. The adult health systems, especially and in fact, had plenty of physical capacity and communicated directly our plan to staff up in the event of the continuation of the surge. We also did not want to minimize the need to control the spread of the virus, but we also did not want people avoiding the hospitals who needed non-COVID medical care. In the early days, we saw individuals avoid coming to the hospitals or their doctors because they were fearful and ultimately ended up with disease processes that were much more complicated and much more serious. We really did not want to see that happen this time around and decided it was important to speak directly to the community regarding the issues of bed and ICU capacity. We have brought in a number of nurses trained in critical care to help during this time and it’s been extremely helpful in our ability to staff more beds and increase our capacity. We are beginning to see a decline in hospitalizations, so our staff are beginning to take a bit of a breather as we prepare for the fall season.

Q | What strategies have you employed to continue to effectively communicate with your St. Luke’s team, patients and the public?

A | Constant communication is your best defense. You have to also have mechanisms in place to project that communication back to the front line on a real-time basis. You have to go above and beyond to answer questions and be willing to say: ‘I just don’t know right now; the data is not clear on this issue’ and commit to following up and do it. Our understanding of the virus evolved over time and we had to go back and modify our assumptions about how to operate safely in the health care environment. That can be very frustrating for health care professionals who have trained in a certain way to do a certain thing for many, many years. Asking them to change overnight can be very disconcerting. You have to allow individuals the opportunity to express that concern, then explain why we are asking them to change. Explaining the why over and over and over again was incredibly important and continues to be a critical part of our communications strategy.

One of the important things we have learned over these last several months is the power of virtual communication. Our ability to leverage social media to engage large numbers of people is a new skill each of us has had to master pretty quickly and I think it has been effective. I think people have come to appreciate Zoom calls and meetings. Earlier this month, we had a virtual planning session with over 1,000 of our leaders.

It’s important, now, for the community to understand that we have three responsibilities individually and collectively: Wear a mask. Socially distance and minimize direct contact while we are out in public. Be very disciplined in our use of hand hygiene. Those are the three things that we know limit the spread of the virus.

Our hospitals are incredibly safe places and I would argue that the hospitals are much safer than the grocery stores. We have protocols in place, our staff are trained, we are checking temperatures at every entry point, staff members are issued protective equipment that they wear throughout the day and we test patients before they have a procedure. We want to encourage people to seek the care they need, but to understand that the care they receive today will look a little different than it did a year ago. The hospitals and the clinics—and our commitment as St. Luke’s Health System, like others across TMC—is to make absolutely sure that our patients and their families are safe and well cared for.