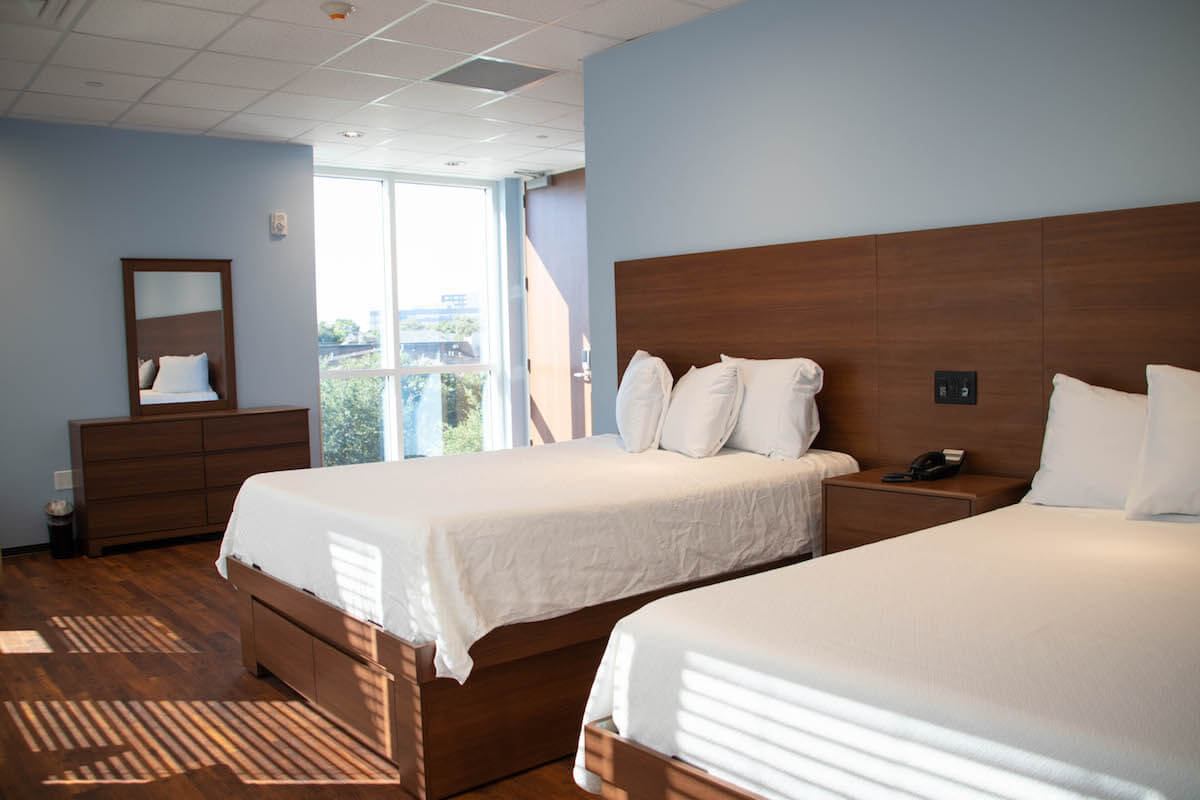 After four years of fundraising and 14 months of construction, Ronald McDonald House Houston cut the ribbon Thursday on its newly renovated flagship facility, Holcombe House, and its 20 new bedrooms.

The new space brings accommodations at the Ronald McDonald House (RMH) from 50 to 70 bedrooms and allows the organization to serve up to 40 percent more families whose children are being treated in the Texas Medical Center, CEO Rick Noriega said.

“Throughout the construction, it was our mission to still be able to serve patients,” he said. “We never completely closed, even during (2017’s Hurricane) Harvey. It’s a real-world example of resiliency, which our patients and families experience themselves.”

Three weeks ago, RMH welcomed the Hernandez family as the first to reside in the second-floor of the new addition, he added. The third floor will be available to families in October.

In addition to the ceremonial opening, the nonprofit announced achieving the $24.5 million fundraising goal needed for the renovation. The “Behind Every Door” capital campaign, co-led by RMH board of directors president Lesha Pulido Elsenbrook, began in 2015.

The renovation and expansion features a new two-story tower with the 20 additional bedrooms. Other upgrades to the now-65,000-square-foot facility include the kitchen and common areas, an outdoor adult patio, a game room, a supervised play and nursery room as well as a playground. There is also a new multi-use cooking and prep area where residents can make meals.

Each bedroom in the new two-story tower includes two beds, a desk, dresser and walk-in showers with wheelchair accessibility.

“We want to create atmospheres for families to come together,” Elsenbrook said. “They are in the unique position of all knowing what each other are going through.”

During construction, executives moved their offices down the street to the Texas Medical Center’s John P. McGovern campus at the corner of Almeda Road and Holcombe Boulevard. Now that construction is completed, the nonprofit plans to keep their offices there, according to chief advancement officer Lisa Estes.