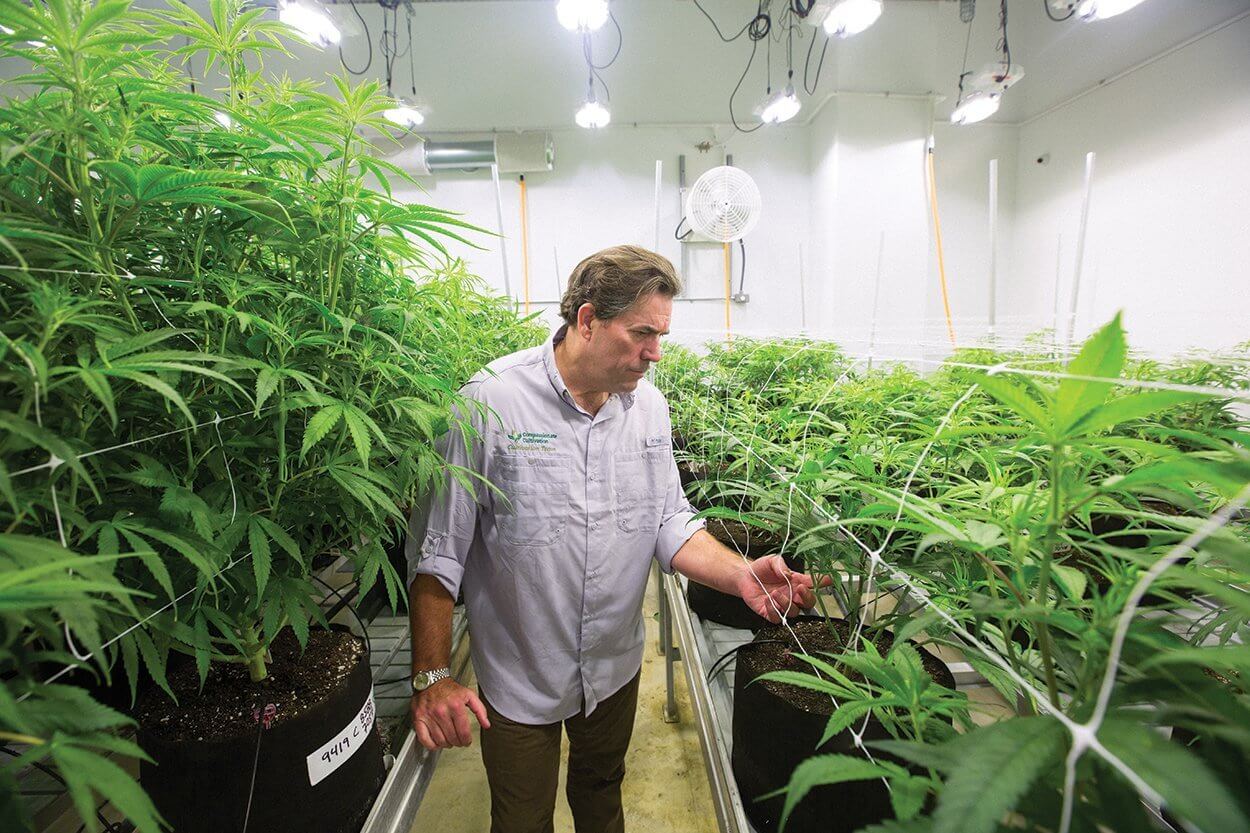 Galveston resident Trysten Pearson, who has epilepsy, experienced his first seizure in 2013 when he was 12 years old. But last summer, his mother Shena Pearson explained, his condition began to deteriorate quickly.

Despite taking a slew of medications, and despite having a device implanted under the skin of his chest that sends electrical impulses to his brain to reduce the number and severity of his seizures, Trysten’s symptoms persisted.

He often felt nauseous and he’d vomit every few days. Because exercise triggered his seizures, his school stopped allowing him to participate in physical education, leading to weight gain. His grades were dropping and his memory was fading, too.

“Because of these horrific seizures, when I show him photos from when he was younger, his memory is completely lost,” Shena explained. “Sometimes, he looks at a photo from his past, and he just bawls. He says, ‘It’s unfair to me that my history is gone.’”

But this spring, Trysten’s luck finally turned, thanks to a treatment that has become available to him and thousands of other epilepsy patients across the state.

“My life has changed so much,” said Trysten, who turns 17 in July.

Teachers told Shena that Trysten was less distracted at school and that his performance had improved. In his first 30 days on his new treatment, he had just one seizure. He hasn’t felt this well for the past three years.

And it’s all thanks, the Pearsons say, to cannabis.

“I really wanted this medicine to work because of how many times pills have failed me,” said Trysten, who takes drops of the oil orally. “Once I started taking it, I felt so much better. I don’t have seizures.”

For the Pearsons, cannabis was a last resort to relieve Trysten’s epilepsy after years of other treatments failed to provide relief.

They were astounded by how quickly, and how well, the treatment worked.

Across Texas, doctors and patients are now finally able to take advantage of a three-year-old law that makes cannabidiol oil, or CBD oil, available to some epilepsy patients. CBD oil is derived from the cannabis plant, also known as marijuana. CBD oil provides symptom relief without intoxicating effects.

A different substance in the plant, tetrahydrocannabinol, or THC, is responsible for the high associated with cannabis.

In June 2015, Gov. Greg Abbott signed into law the Texas Compassionate Use Act after it passed both chambers of the state legislature by wide, bipartisan margins. But it wasn’t until late 2017 that the state issued full licenses to the only three businesses in Texas that can now legally provide CBD oil to prescribed patients.

Meanwhile, doctors have been slow to sign up for the program as they navigate the new law. As of late June, just 42 physicians across Texas were registered with the state to become CBD oil prescribers, including 12 in Harris County, though not all are prescribing CBD oil at this point. According to the Epilepsy Foundation of Texas, approximately 149,000 Texans have been diagnosed with the form of epilepsy that would make them eligible for the program.

For many who have used CBD oil, the newly available treatment has provided relief when all else failed. About two thirds of epilepsy patients will respond to the first or second medicine they’re given for epilepsy. But once an epilepsy patient has taken two different medicines without relief, the odds that a third medication will work are less than 1 percent, doctors say. That leaves other options, such as special diets, surgeries, device implementation—or CBD oil.

“This can be really beneficial to patients,” said Michael Watkins, M.D., assistant professor of pediatric neurology with McGovern Medical School at The University of Texas Health Science Center at Houston (UTHealth). Watkins works at the Pediatric Epilepsy Clinic at UTHealth, where about 20 patients have been prescribed CBD oil. He said the stigma associated with taking medicine derived from cannabis is fading.

“Most people are looking for anything beneficial to prevent their kids from having seizures,” Watkins said.

Doctors, patients and advocates are quick to point out CBD oil isn’t a miracle cure. It doesn’t eradicate epilepsy and it doesn’t help everyone. But for some patients, it can help eliminate or reduce their symptoms, and it may allow them to ease off of other drugs that have serious side effects, including anemia, low platelet levels, liver failure, pancreatitis, allergic reactions and suicidal tendencies.

Before the Texas law took effect, many patients were trying CBD oil on their own by visiting other states or ordering it online, which is a legal gray area. The problem with that, doctors say, is it’s difficult to determine the precise potency of the drug the patient is receiving.

“It’s kind of risky, but these parents and families are desperate for their kids,” said Gretchen Von Allmen, M.D., chief of pediatric epilepsy with McGovern Medical School at UTHealth and a pediatric neurologist at Memorial Hermann-TMC.

Under the state’s compassionate use law, patients’ medicine must contain at least 10 percent CBD oil and no more than 0.5 percent THC. For context, recreational marijuana might measure 20 percent THC. Those restrictions ensure Texas CBD oil makers maximize the compounds that provide symptom relief while minimizing those that can cause side effects or a high (Trysten Pearson, for his part, said he experiences no side effects from CBD oil).

Texas patients must get two doctors to approve their use of CBD oil. And they are only eligible for a prescription if they have what’s called “intractable” epilepsy—meaning at least two other medications have failed to help them. Harris said she wouldn’t even call Texas’ policy a “medical marijuana” law.

Perhaps the biggest hurdle of all is price. The Pearsons pay $350 per month for Trysten’s CBD oil—a typical amount—and the cost isn’t covered by insurance. That’s unlikely to change, experts say, as long as the federal government views cannabis as a Schedule I drug with no accepted medical use. In May, a federal appeals court sided with the Drug Enforcement Administration, ruling that CBD oil is a Schedule I controlled substance. But in June, the U.S. Food and Drug Administration approved Epidiolex, a CBD oral solution to treat seizures associated with rare and severe forms of epilepsy.

Morris Denton, CEO of Compassionate Cultivation, which provides the CBD oil used by the Pearson family, has launched a discount program with the Epilepsy Foundation Texas to help subsidize CBD oil costs for low-income Texans. So far, the program has served 12 of its approximate 300 customers.

Meanwhile, the Texas law doesn’t permit people with any diagnosis besides intractable epilepsy to use CBD oil, even though some other states allow those with multiple sclerosis, late-stage cancer, Crohn’s disease and other conditions to access CBD oil or medical marijuana. That has frustrated some patients and advocates, but skeptics say more research must be done to evaluate whether and how CBD oil can treat those illnesses.

“Now that the people of Texas are seeing the real impact of this medicine, not just the potential impact, we need to figure out how to get it into other people’s hands that are as deserving as people with intractable epilepsy,” Denton said. “That’s up to the legislature to figure out how to make that happen.”