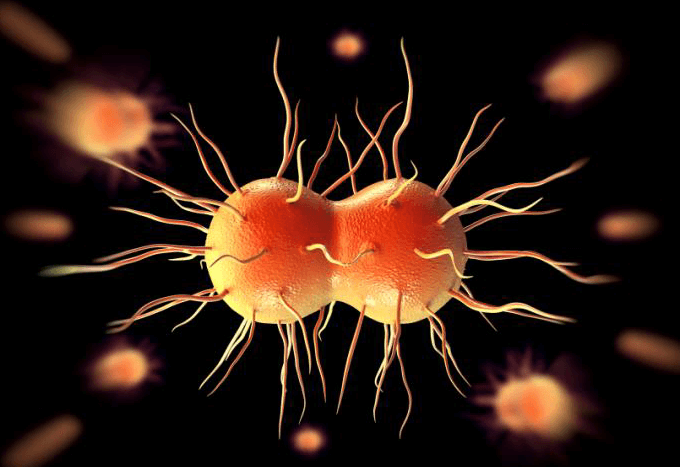 The World Health Organization recently published a report warning that health care providers around the world are running out of ways to treat gonorrhea—a sexually transmitted disease (STD) caused by infection with the Neisseria gonorrhoeae bacterium. In some cases, infections have been untreatable by all known antibiotics.

N. gonorrhoeae infects the mucous membranes of the reproductive tract, including the cervix, uterus, and fallopian tubes in women, and the urethra in women and men. N. gonorrhoeae can also infect the mucous membranes of the mouth, throat, eyes, and rectum according to the Centers for Disease Control (CDC). Each year, approximately 820,000 new cases of gonorrhea are diagnosed in the United States, according to the CDC.

“For the first time [since the discovery of antibiotics] we would have gonorrhea that is not treatable with the common antibiotics we use,” said Luis Ostrosky, M.D., professor of internal medicine at the McGovern Medical School at UTHealth and associate medical director of the Infectious Diseases Fellowship at the McGovern Medical School. “This goes beyond an inconvenience with a sexually transmitted disease, because long-term people with gonorrhea may have infertility, they may develop more disseminated infections in the joints and in the bones, so it is more of a problem than people realize. If you are not treated, you could die … it is very rare, but you could.”

How did we get here?

Nearly a century ago, Alexander Fleming revolutionized modern medicine by leaving a petri dish containing colonies of staphylococcus out in the open while he left for a holiday. In his absence, mold had grown on the bacteria, creating a lining of what is now known as penicillin.

The miracle antibiotic took over a decade to produce and was primarily distributed to soldiers fighting in WWII.

“I think the birth of antibiotics is intimately related with the prevalence of sexually transmitted diseases,” Ostrosky said. “If you go through the discovery of penicillin and how they scaled up production of penicillin, it was driven a lot by STDs among troops during the World War II and it was kind of a national security thing to have drugs to treat the STDs in military personnel.”

Before penicillin was discovered, there was not much that could be done for people infected with gonorrhea and other sexually transmitted diseases—now, in 2017, we are facing the same fate.

Warning signs of antibiotic resistance have been appearning for years. Through a combination of over-prescribing, not taking antibiotics as they are prescribed and pumping antibiotics into food, we have developed a resistance to the life-saving drugs.

“For common infections, we would prescribe our first class of antibiotics over the years, which were pretty reliable,” Ostrosky said. “You didn’t need to do testing for it, you knew they would hit the spot for it, now those infections need to be treated with the second class of antibiotics and we are starting to see resistance to even those.”

Experts have estimated that by 2050 the leading cause of death around the world will be antibiotic resistance.

Currently, in addition to antibiotic-resistant gonorrhea, health care providers are experiencing a shortage of penicillin to treat syphilis.

“There is a very severe uptick in syphilis cases both in Houston and nationally,” Ostrosky said. “And now we don’t have the drug we need to treat it—perfect storm. We are in a national shortage situation for penicillin—the type of penicillin we use to treat syphilis which is intramuscular, this is a generic drug that should be readily available.”

“It used to be that pharmaceutical companies weren’t the ones expected to make antibiotics, because they are not blockbuster sellers like cholesterol drugs are or neurology drugs,” Ostrosky said. “I think they are realizing that this is a public health issue, and a lot of the companies are stepping up to the plate and readapting their discovery of antibiotics. It takes years, if not decades, to bring an antibiotic to market, so we are a little bit behind the curve. “

For now, Ostrosky urges people to practice safe sex and get tested for STDs regularly to avoid contracting a disease, especially one you can’t be treated for.

“We have been taking antibiotics for granted, thinking they are always going to work for us,” he said. “We need to take this very seriously.”