Uncertainty, anxiety and a lengthier night’s sleep are contributing to an increase in bizarre dreams during the pandemic 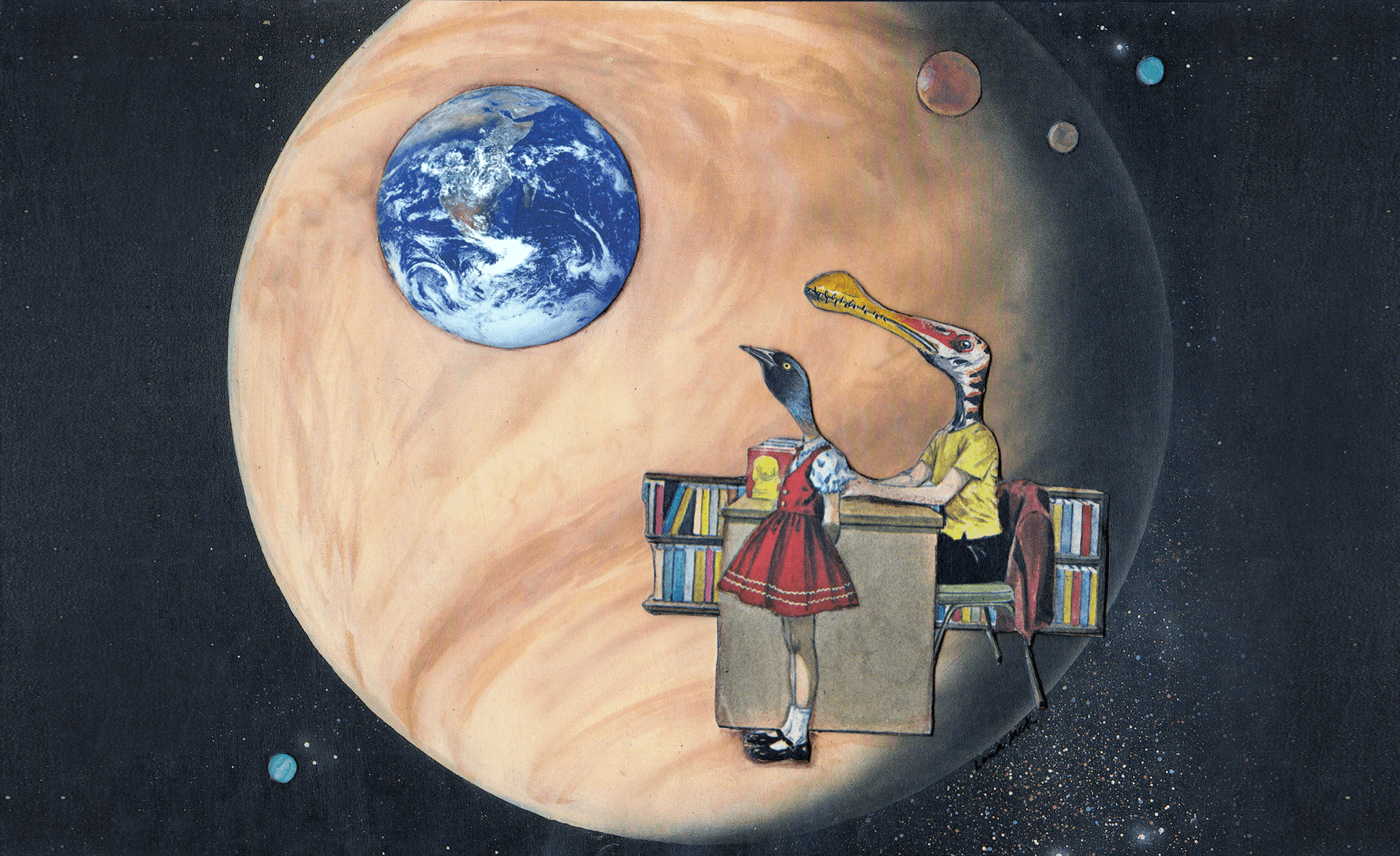 First, my daughter drowned in our backyard pool. Then, I was walking down the aisle toward a man who wasn’t my husband. There were frogs everywhere. Since then, I’ve fallen, I’ve flown and I have swum and run tirelessly. Most recently, I walked outside without my contacts and a stranger threw a bag over my head and wrestled me to the ground—that was after my doe-eyed dog was accused of murdering a man. I try desperately to scream for help, but I am always mute.

These increasingly strange and terrifying dreams aren’t typical for me. In fact, I only began experiencing them with some frequency in late March and early April—right around the time COVID-19 started spreading across the United States. My husband is having vivid dreams, too, as are my parents and sister; even my four-year-old reported dinosaurs chasing her in the early morning hours, and unofficial polling during Zoom happy hours and work meetings only add to my tally.

But experts say this shared phenomenon can be explained—first by the fact that many of us are finally getting enough sleep.

Clinical psychologist Candice Alfano, Ph.D. said that because so many individuals are now working from home or may have shortened work hours, a large segment of the population has found themselves sleeping in. Dreaming occurs during rapid eye movement, or REM, sleep, which mostly occurs during the second half of the night, she explained. The longer a person remains asleep, the longer and “denser” the REM sleep becomes (REM density refers to the frequency of rapid eye movements, which experts believe is a reflection of how elaborate and detailed dreaming imagery is).

“People are getting to ‘sleep in’ later in the morning, and since that’s when we primarily get our REM sleep, it makes sense that people are not only having more dreams but that they’re remembering them more because they’re waking up in the midst of dream activity,” said Alfano, a professor of psychology and director of the Sleep and Anxiety Center of Houston at the University of Houston.

That theory certainly holds true for me. Since I began working from home in March, I haven’t needed to wake up at 5:30 a.m. to shower, dry my hair, put on makeup, pack lunches for my daughters, drop them off at day care and embark on a morning commute in the hell that is Houston traffic. Instead, I sleep until 7 a.m.—stretching my opportunity for dense REM sleep by a full hour and a half.

But it’s not just more frequent dreaming or dream-recalling that seems collectively to be taking place. The dreams we’re having are also laden with fear and anxiety—and many of them are nightmarish and downright bizarre.

“If you think about what dreams are, this makes perfect sense,” Alfano said. “Dreams are essentially a hodgepodge of the multiple experiences, information, stimuli, events—all of the things that we experience in our waking life. What happens during REM sleep is that this abundance of information gets sorted so that the things that are most important for us to remember get stored into long-term memory.”

Because life in the time of corona is largely one endless panic attack, it logically follows that our dreams are a reflection of that.

Since late March, Deirdre Barrett, Ph.D., a dream expert who teaches part-time at Harvard Medical School, has been collecting descriptions of dreams from the general public. She recently published a book called Pandemic Dreams, which draws on her survey of more than 9,000 entries and makes some surprising connections.

Since the onset of the pandemic, there’s been a collective shift in focus, Barrett found, possibly reflecting a progression of our general understanding of COVID-19, as well as our ever-changing circumstances. Early on, she noticed that many people dreamed about their fundamental fear of contracting the disease; in late April, she observed clusters of dreams about secondary effects of the pandemic, including lack of child care, an absence of personal space, the loss of employment and isolation in lockdown. More than one person, she said, had dreamed they’d been banished to outer space to live by themselves.

As the months have passed and the pandemic marches on, Barrett has seen more dreams reflecting anxiety about the reopening of businesses and schools, with germs and unsanitary environments playing prominently in the imagery.

This isn’t the first time that dreams have been studied during a crisis. Barrett and others analyzed dreams after the attacks on 9/11, as well as those from POWs in Nazi prison camps and Kuwaitis during the Iraqi occupation of their country in 1990. Not surprisingly, the researchers found that it was common for individuals to experience more harrowing dreams during times of extreme stress and trauma.

“All crises tend to stir up the frequency of dream recall and vividness and they shift toward being more anxious—that’s true even of dreams that don’t overtly seem to be about the crisis itself,” Barrett said.

Interestingly, Barrett has identified an odd but distinctive theme in the pandemic dreams she collected—bug attacks.

“I hadn’t seen these in the other crises and disasters that I’ve studied. They seem to be a unique metaphor for the virus,” Barrett said, adding that she believes this is likely because people commonly refer to viruses as bugs. “In most cases, it was lots of bugs, like swarms of bees or hornets flying at the dreamer, or masses of wriggling worms or armies of cockroaches running at them. In some of the dreams, they were very definitely being attacked by the insects, and others it was more like they might just open a door, pull back the sheets on a bed and just see this disgusting, horrifying number of bugs.”

Some of the worst dreams she has encountered came from health care workers stationed in emergency rooms or ICUs; Barrett said they reminded her of those from first responders after 9/11.

“The health care workers have dreams that look like PTSD,” Barrett said. “Their dreams are about trying to get a ventilator tube in somebody and their airway is too tight or the ventilator is coming out of a patient or the machine is malfunctioning. … They’re all about how a person is about to die and they’re completely responsible for saving their life and there’s nothing they can do.”

While disturbing, these types of dreams actually mean that our sleeping minds are doing precisely what they were designed to do, UH’s Alfano said.

“We know that one of the ways we process and overcome a traumatic experience, for example, is by dreaming about it. Dreams are thought to serve the function of separating the actual factual pieces of an experience from the emotional charge we felt at the time,” Alfano said. “Although these nighttime episodes can be upsetting, I think what individuals have to remember is that in many ways they mean that REM sleep is doing its job. We are facing a lot of things that are upsetting, threatening and uncertain right now and this is reflected in our dreaming life.”

It’s getting late now. I recently added an extra blanket to my bed—one my mother crocheted for me—because I found the added weight helps me sleep. I’ll try to clear my mind from anxiety; count the many things I have to be thankful for. I will try not to think about vaccines, work deadlines or the hate and divisive politics that are adding fuel to an uncontrolled fire. And I will try not to worry about my 96-year-old grandmother, who is quarantined in a facility that has recently announced a case of COVID-19. I hope she dreams happy dreams of my grandfather tonight—27 years gone, he wouldn’t even recognize the world we live in today.