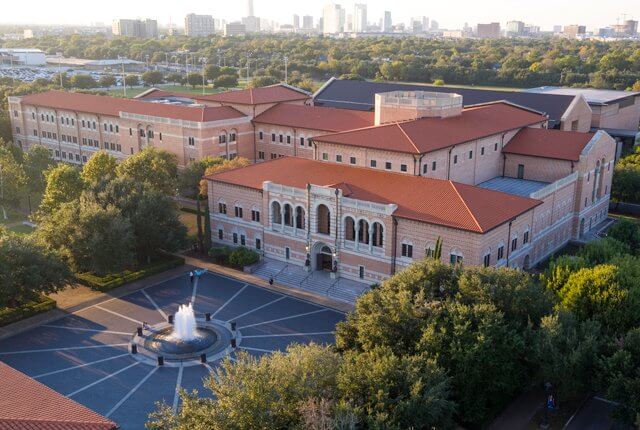 For 51 years, the Consortium for Graduate Study in Management has been the leader in increasing the ranks of underrepresented minorities in business education and corporate leadership. Now it has expanded its reach among the nation’s top MBA programs with the addition of Rice’s Jones Graduate School of Business.

The Jones School, consistently ranked as a top-20 program, officially joins the consortium July 1, following approval June 13 by the consortium’s board of trustees and the signing of the university’s membership agreement June 19.

“The partnership with Rice University in furthering our mission is an excellent opportunity for both of us,” said Peter Aranda III, the consortium’s executive director and CEO. “We’re excited by the leadership commitment at the Jones Graduate School of Business to diversity and inclusion — and, in particular, we recognize the high priority Dean Peter Rodriguez places in this area.”

Rodriguez, the first Latino dean at Rice, assumed the post less than a year ago and has consistently spoken of the importance of increasing diversity in the ranks of MBA schools and corporate leadership. Rodriguez was previously senior associate dean for degree programs and chief diversity officer at the University of Virginia’s Darden School of Business, another consortium member school.

“Enrolling more underrepresented minorities and getting diverse talent is one of our key priorities for the school,” Rodriguez said. “Membership in the highly impactful consortium will allow us to cultivate relationships with prospective students earlier and build connections with other universities.”

The addition of Rice marks the first expansion in the consortium’s membership since 2013, when Georgetown University’s McDonough School of Business joined.

The consortium works with its 19 member schools and 75 corporate partners to increase the ranks of African-Americans, Hispanic-Americans and Native Americans in U.S. business schools and corporate leadership positions. The consortium serves this mission by annually offering hundreds of merit-based, full-tuition fellowships to promising leaders, as well as membership in a global network of more than 9,000 diversity-minded alumni, member school representatives and corporate partners. This month, the consortium welcomed nearly 480 new students into its program, joining an equally large class of rising second-year MBA students.

Those corporate partners — which include companies such as Google, General Mills, 3M, Johnson and Johnson and dozens more — gain early access to top-flight, diverse talent at the consortium’s Orientation Program (OP) and Career Forum in June each year. Coincidentally, the consortium’s 2019 OP, will be staged in Houston.

The consortium will begin recruiting prospective MBA students for the Jones School this fall, with its first class of consortium fellows graduating in the spring of 2020.