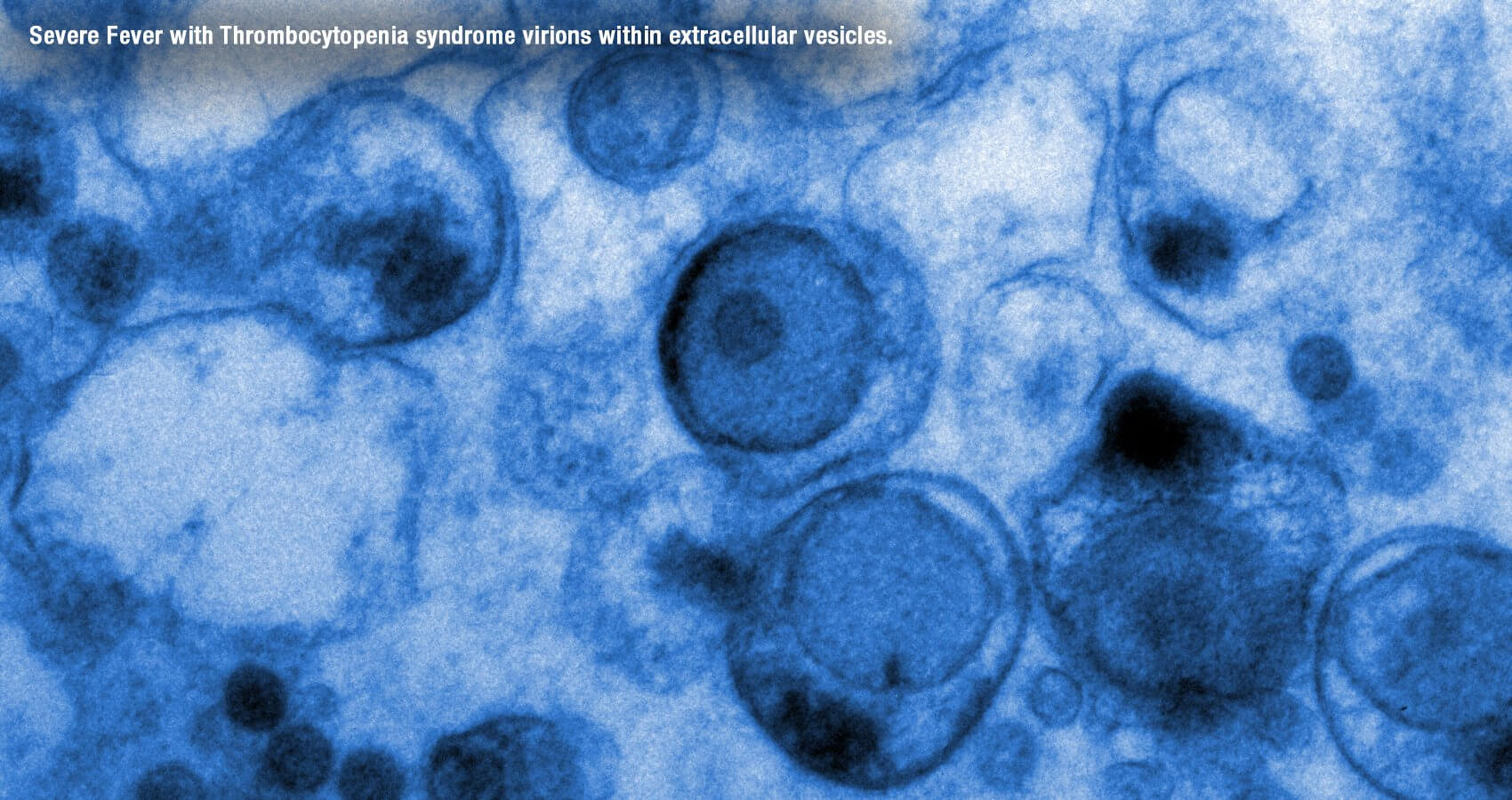 Researchers at The University of Texas Medical Branch at Galveston have found that a recently-discovered virus is able to spread to healthy neighboring cells by a mechanism previously unseen in other arthropod-borne viruses.

Severe Fever with Thrombocytopenia syndrome (SFTS) virus, a tick-borne bunyavirus discovered in China that causes severe fever and can lead to death, was first described by a team of scientists, including UTMB experts, in 2011. Now Patricia Aguilar, an assistant professor at UTMB and lead author on the study, and her team have found that while SFTS virus does infect cells in what is considered the conventional manner, the virus is also able to manipulate extracellular vesicles, fluid-like sacs typically used for cell-to-cell communication, to help it spread to uninfected host cells.

The UTMB scientists describe their newest discovery in a paper published in the Journal of Virology. The study has been highlighted in the journal’s “Spotlight” section and is available online now.

A virus will typically infect a cell by binding to virus-specific receptors along the outside of the cell. However, something different also seems to be happening with SFTS virus, Aguilar.

“What is happening here is the virus is using some of the cellular machinery and actually hiding within certain structures in a way that protects it from antibodies,” Aguilar said.

This is something that has not been seen and described before for any other enveloped arthropod-borne virus, she said.

Jesus Silvas, a graduate student in UTMB’s Experimental Pathology program working with Aguilar, is focusing on studying the SFTS virus protein NSs, a viral protein that plays an important role during SFTS virus infection. By performing live cell imaging, he was able to observe vesicles containing this viral protein as they left a cell and entered neighboring cells. It was a bit of a shock and a “wow” moment when the researchers realized the viral protein was moving from cell-to-cell using the vesicular transport system, Silvas and Aguilar said.

Using electron microscopy with the help of Vsevolod Popov, a professor in the Electron Microscopy Laboratory at UTMB, revealed that these extracellular vesicles not only contain the viral protein but also harbored virus particles. These “infectious” vesicles were capable of transporting and initiating infection with SFTS virus even in the presence of antibodies that are usually able to inhibit SFTS virus infection.

“The SFTS virus is manipulating the cell-to-cell communication system,” Silvas said. “It’s like it’s wearing a mask the whole time.”

SFTS virus can cause those infected to suffer from symptoms related to hemorrhagic fever and is deadly in about 30 percent of cases. It is found in China and other Asian countries. In the US a similar virus, Heartland virus, has also recently been described, Aguilar said.

Aguilar said discovery of this novel use of extracellular vesicles by the virus could have important implications in the development of vaccines and treatments.