In honor of the John P. McGovern Foundation’s $75 million donation, the medical school is changing its name to the John P. Kathrine G. McGovern Medical School 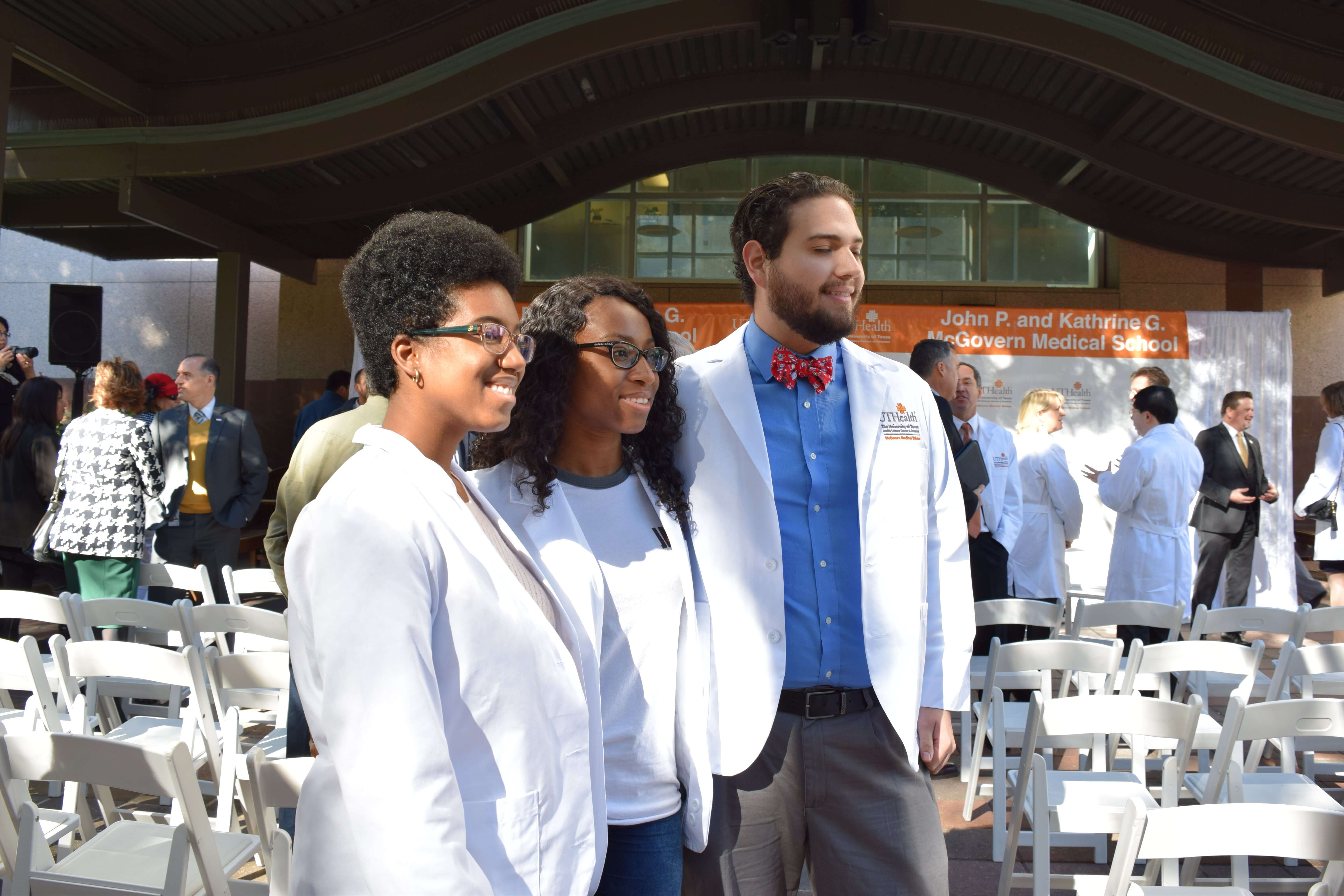 Days before families gather together for the Thanksgiving holiday, The University of Texas Health Science Center at Houston (UTHealth) gave thanks of their own Monday to celebrate the John P. McGovern Foundation’s $75 million endowment and the renaming of the UTHealth Medical School.

In honor of the “transformational” gift, lauded as being the single largest gift from the foundation and in the school’s history, UTHealth Medical School has now been renamed the John P. and Kathrine G. McGovern Medical School.

“Today we honor the tremendous legacy of Dr. John P. McGovern and his wife Kathrine, and we celebrate how this transformational gift will impact each and every one of you for years to come,” UTHealth President Giuseppe N. Colasurdo, M.D., said during the unveiling ceremony in Webber Plaza. “The McGovern name is synonymous with service, knowledge and compassion – values that are embedded in the very foundation of our university.”

The endowment will go toward supporting UTHealth’s medical training and funding for scientific research and innovation. In addition, the donation will help support the school’s McGovern Center for Humanities and Ethics, a program that focuses on the moral, spiritual and cultural elements within the biomedical sciences to provide compassionate, humanistic care to patients. The center was founded in 2004 by a previous endowment by the foundation.

“I know my late husband would be so proud to see the McGovern name linked to such a forward-thinking institution devoted to teaching generations of future physicians to be humanistic and compassionate caregivers,” said Kathrine G. McGovern, wife of the late John P. McGovern and president of the John P. McGovern Foundation.

During the ceremony, five students received their new white coats, bearing the new name of the medical school.

“I think it makes me remember why I’m doing this and why I’m here,” first-year medical student Esther Osuji said of her new white coat. “It makes me more excited because I have a very prestigious name on this white coat. I’m definitely going to wear it with pride and it’s going to make me want to work harder because I know just what an amazing gift [Kathrine G. McGovern] gave to us and that she gave from her heart. That only makes me want to work harder.”

The endowment encompasses support for medical training, research and programs, but it will also fund 10 full scholarships for students with both strong academic accomplishments and compassion for patients and their families. According to UTHealth, the number of scholarships is expected to increase over time.

Osuji, one of three recipients of existing McGovern scholarships, said paying for her undergraduate education at The University of Texas in Austin came with its own financial burdens and, as a result, was concerned about the expensive price tag of medical school.

“To find out that I got accepted into medical school is really exciting, but financially, I [didn’t] know how I’m supposed to make this happen,” she said. “But when I got that scholarship, I was really emotional. I kind of screamed. I cried a little bit and called my mom just because now I know someone actually cares enough to make sure I’m going to be in the right place and that what I need taken care of is taken care of and I don’t have to focus on the financial aspect. I can just focus on learning and understanding so that way I can actually help my patients in the future.”

The John P. McGovern Foundation was founded in 1961 by pediatrician, allergist, immunologist and educator John P. McGovern and his wife Kathrine. The foundation was initially named the Texas Allergy Research Foundation but was later renamed to its current title in 1979. Since its inception, the foundation has donated to the Texas Medical Center, throughout the city of Houston and across the country for various teaching awards, professorships and lectureships.

“I learned from watching my grandmother that giving and receiving is the same thing,” McGovern said in a 1996 interview. “I could see in her eyes that it made her feel good. It helped her soul when she was giving.”

After his death in 2007, Kathrine continued her husband’s legacy of philanthropy as the foundation’s president.