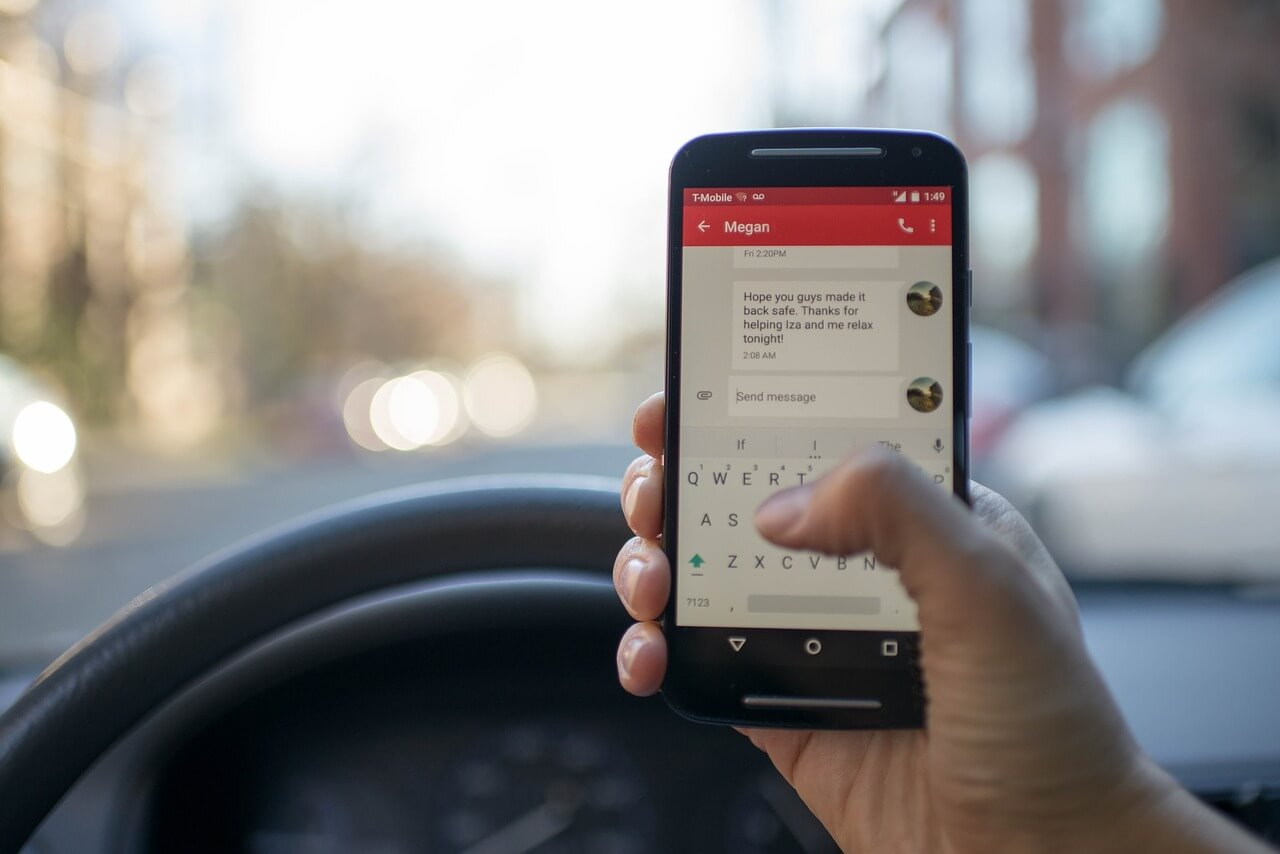 The phone pings as you’re driving down the street. You reach for it in the center console or in your purse or pocket, and notice a new text on the screen. With one hand on the wheel and the other holding your device, you swipe open to unlock your phone, tap a response, take a glimpse at the road for good measure and hit send. No harm, no foul.

But multitasking behind the wheel—especially on our phones—can be deadly.

To address distracted driving as a public health issue, Memorial Hermann Health System has partnered with Safe 2 Save, a free mobile app that rewards motorists for safe driving. The app, which is available on the App Store and Google Play, rewards two points for every minute drivers refrain from picking up their phones while traveling 10 miles per hour or faster. The points can then be redeemed at select businesses around the city.

“One of the keys to success in the world today is that you have to be a multitasker,” said Tom Flanagan, R.N., vice president of trauma service line and system integration, who is based at Memorial Hermann-Texas Medical Center. “Unfortunately, when you’re driving, the same thing applies.”

Every day in the United States, approximately nine people are killed and more than 1,000 injured in crashes that are reported to involve a distracted driver, according to the U.S. Centers for Disease Control and Prevention. In 2017, one in five Texas crashes involve distracted driving—about 19 percent of the state’s 537,475 motor vehicle crashes—and those collisions resulted in 2,889 serious injuries and 444 deaths. In response to the growing number of crashes, a new Texas law–effective September 2017–made reading, writing or sending a text while driving illegal.

“Every day on my way to work in one of the country’s busiest Level I trauma centers, I can’t help but notice all of the other drivers looking down at their phones, their eyes off the road,” said Michelle McNutt, M.D., chief of trauma at Memorial Hermann Red Duke Trauma Institute. “It frightens me—as a trauma surgeon, as a commuter and as a mother. No text message, social media post or phone call is worth your life or the lives of those around you.”

As a former emergency room nurse and Life Flight nurse who spent decades on the front lines airlifting patients from vehicle crashes, Flanagan understands all too well how important it is to prevent accidents in the first place.

Memorial Hermann began its collaboration with Safe 2 Save in November 2018.

“That’s why we jumped on the bandwagon,” Flanagan said. “We felt that it was really important. As Memorial Hermann is a leader in trauma, we felt that this would be significant to reach out across the southeastern part of the state related to education and prevention for trauma.”

Safe 2 Save was founded by Marci Corry, a mother of two, based out of College Station, Texas. Corry was compelled to create the mobile app after learning about a local 19-year-old student who was hit and killed by a distracted driver while jogging.

“It really broke my heart,” Corry said. “I didn’t even know those people, but it made me think, ‘What if that was me texting? What if that was my kid who I sent off to college and I didn’t know the most dangerous thing you could do is go on a jog?’”

“It was an important date in my mind because I thought, ‘What a great gift to my daughter for her birthday.’” she said. “Let’s impact that next generation.”

Within the first few months, more than 10,000 users downloaded her app. Now, nearly two and a half years later, the app has garnered more than 130,000 users.

Corry has partnered with businesses across the state—in Houston, Waco, Temple, Midland, San Antonio and Austin—and plans to launch her app nationwide in 2019.

She likens her mission to the Buckle Up Texas and Don’t Drink and Drive campaigns.

“It’s socially awkward to not have your seatbelt on whenever you’re about to back out,” Corry said. “You’re going to call your friends out on it, but I kept noticing we’re not calling out our friends or coworkers on being on their phones behind the wheel. Why is there a social stigma with drinking and driving and not buckling up, but there’s absolutely no social stigma with distracted driving?”

Protecting even one life means the app has made an impact.

“If we can prevent one person from a distracted driving crash or incident, then to me, it’s been well worth our effort,” Flanagan said.