For some TMC employees, medicine is a family affair 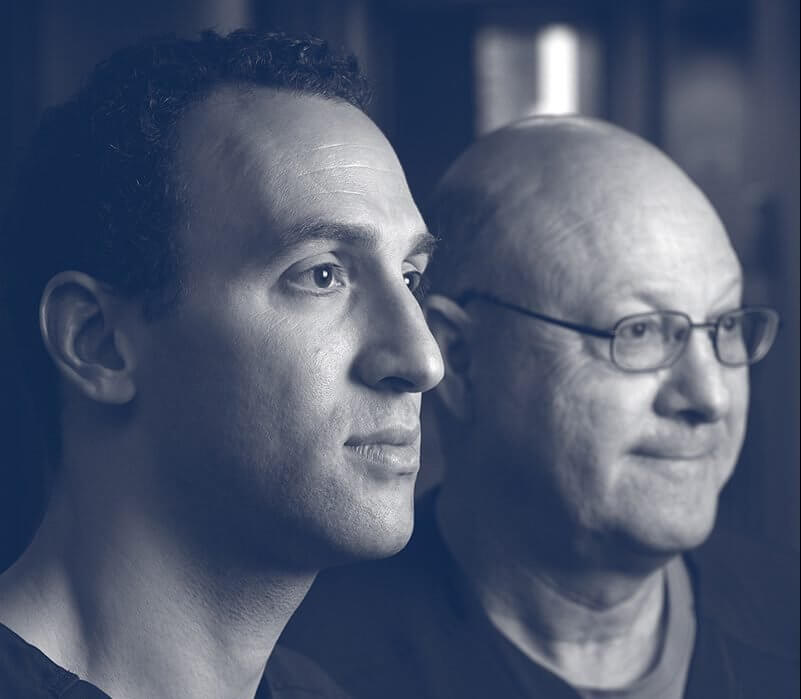 The urologists regularly perform a procedure in which Richard, 65, removes a patient’s bladder, and David, 36, builds an artificial one.

“The first time we did that, David called me and said ‘I’m finished. Do you want to come take a look at it?’” Richard recalled. “I told him, ‘I have total confidence in you. There’s no reason for me to come and look.’ That was very exciting for both of us.”

The father and son, who practice together at Houston Metro Urology in the Texas Medical Center, said their working relationship is successful because of that mutual respect.

But father and son say David chose his path on his own.

“To me, doctoring is a special thing,” Richard said. “It’s not something you can encourage a child to do. It has to be in his heart.”

But once David chose to become a doctor, his father helped with training and served as a mentor during his residency. “As cool as it is for anyone to do a big surgery and take out a kidney, and you’re holding it in your hands after it’s out … it’s even cooler to look up and see your dad smiling at you,” David said.

David said he chose to enter urology, like his father, because the specialty allows doctors to offer patients immediate relief. For example, after removing a kidney stone, the patient feels better right away, David said.

The Goldfarbs also highlighted their role in treating patients with cancer. Prostate cancer is a leading cause of cancer death in American men, and three of the cancers urologists address—prostate, kidney and bladder—represent a large portion of the cancers men face.

Urology is a unique field because the physician makes the diagnosis, provides the treatment, and often continues to care for the patient for years, because conditions like cancers and enlarged prostate require lifelong follow-up, Richard said.

After 35 years of practice, Richard is transitioning some of his patients to David. “The patients’ comfort in doing that has been unbelievably gratifying,” Richard said. David has even treated the children of some of Richard’s patients.

Today, David noted, their different ages reflect the patients they see. The elder Goldfarb often treats patients in their 60s and 70s who have trouble urinating, while the younger Goldfarb often sees young adults who want to address fertility challenges.

David said once he decided to become a urologist, there was no question about whether or not he would work with his father. The opportunity that presented itself was too perfect.

“[We had] the unique opportunity to work for ourselves, to be our own bosses and to be partners together,” David recalled. “I always thought this was the best choice.”

When Sherwin Siff, M.D., offers to lock palms and arm wrestle with his son in a display of family unity, you can tell the two men have a playful relationship.

“He’s always right,” said Todd Siff, M.D., who followed his father into medicine and chose the same specialty. “When you meet my dad, he is infectious. His passion exudes.”

Not only are father and son both orthopedic surgeons at The Bone & Joint Clinic of Houston, which is affiliated with Houston Methodist Hospital, they live in close proximity, play tennis with each other weekly, vacation together and, occasionally, carpool to work.

Todd, who specializes in the hand and upper extremities, is the middle of five children and the only one to go into medicine. His three sisters and brother became lawyers.

Working together feels natural to the Siffs. In fact, Todd, who is also an assistant professor of clinical orthopedic surgery at Methodist’s Institute for Academic Medicine, started collaborating with his father when he was a child and Sherwin worked as a licensed plumber.

“Ever since Todd was a little guy, he was my intern, and he would go around with me every where, and we would fix things together,” said Sherwin, a joint specialist. “Orthopedics is a lot of carpentry—working with tools and putting things back together—and he was super-good as a repairman. So, unbelieving and unthinking, I probably got him into enjoying mechanical stuff, and he has done well with it.”

A particularly inspiring moment came during a family vacation by a lake when Todd was in high school. As the Siffs were preparing to go out in the water, another vessel sped to the shore with someone whose leg had been damaged by a boat motor.

“I watched my dad take charge and help to piece this poor person back together and get him transferred to the hospital,” said Todd, whose father was a physician by then.

Instead of going into medicine right away, the younger Siff studied art history at the University of Pennsylvania while also exploring business and law. At one point, he denied any interest in becoming a physician.

Nevertheless, the doctoring “bug” stuck with him, Todd said. While at Baylor College of Medicine, he didn’t choose a specialty right away, but went on rounds in different areas to see which one he liked the most.

When Todd told Sherwin that he planned to go into orthopedics, Sherwin said he was “warm and fuzzy on the inside,” but on the outside, he wanted Todd to make the final decision.

“This is a lifetime occupation,” Sherwin said. “I didn’t want to be the one to give the wrong advice, because if he didn’t like it, he wouldn’t be happy with me and I would be less happy with myself.”

Ultimately, Todd decided that if he was going to stay in Houston, he wanted to work with his father.

“Some sons say they can’t work with their dads, but not me,” Todd said. “In a family full of lawyers, there is an additional bond there that helps fortify our relationship and cement it in a fun way.”

Sherwin agreed, joking that at family get-togethers, he and Todd talk medicine and the lawyers argue.

Father and son also worked together at CHI-St. Luke’s. While there, their offices were two doors away from each other. Their request when they joined The Bone & Joint Clinic? To have offices side by side.

“One of the most unpleasant things is when Todd is on vacation, and I don’t see my son working,” Sherwin said.

“And vice versa,” Todd said. “I don’t take vacation that much, so I won’t disappoint you.”