The plot quickens for neurosurgeons

The plot quickens for neurosurgeons 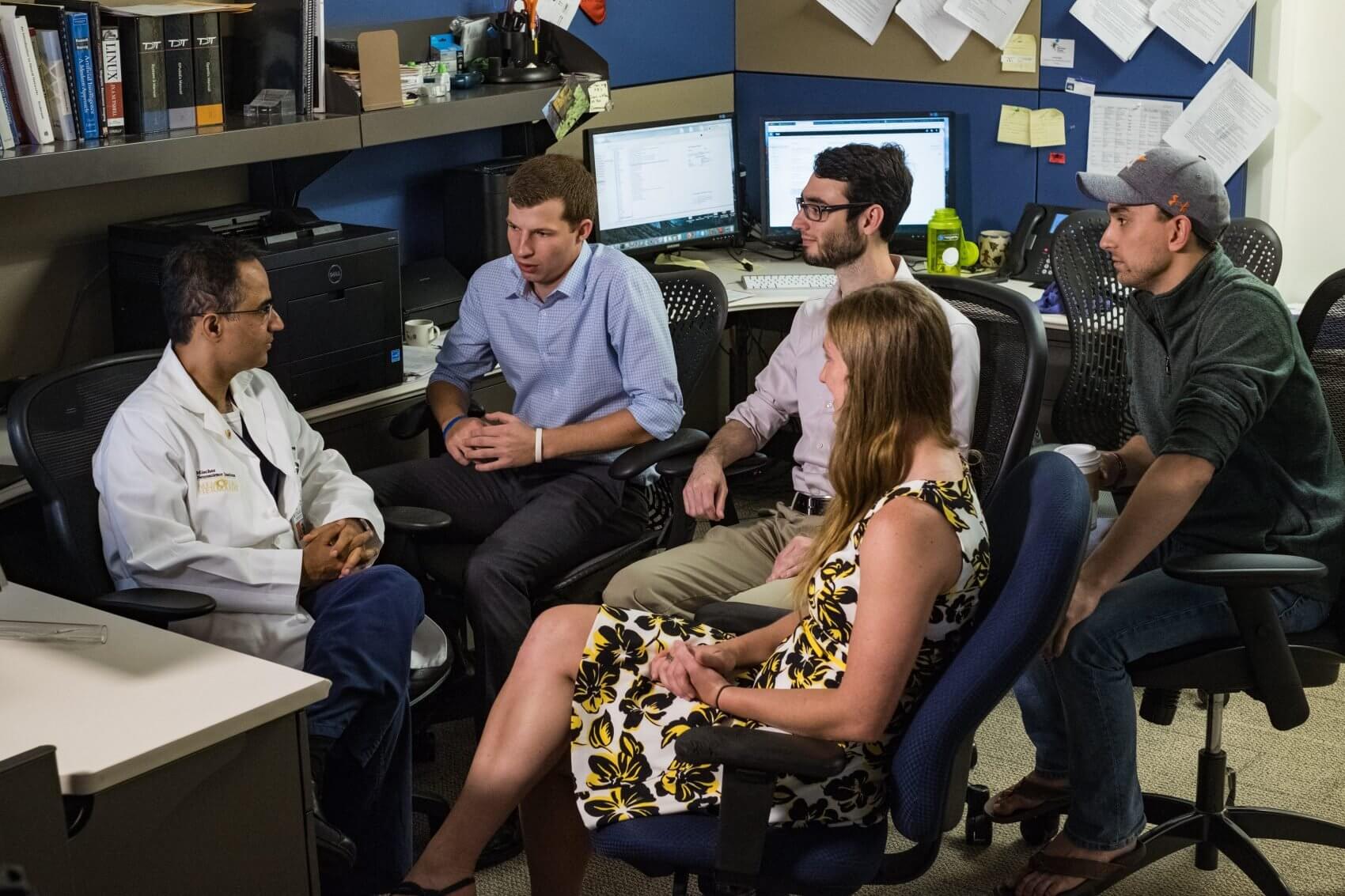 A team of Rice University computational and applied mathematics (CAAM) students have developed a technique to simplify the placement of electrodes in the brains of patients with epilepsy.

Their method, which they call BrainGuide, is a software-based automation tool that neurosurgeons may use to help patients with non-treatable forms of the disease by plotting the correct placement of probes within their brains.

Information gathered by the probes can help design future procedures in which the portion of the brain causing the seizures can then be removed, destroyed using lasers or modulated using electrical stimulation.

Alex Gardner, Wendy Knight and Evan Toler began the project at the behest of their adviser, Beatrice Riviere, Rice’s Noah Harding Chair and Professor of CAAM, and Dr. Nitin Tandon, a professor of neurosurgery at The University of Texas Health Science Center at Houston (UTHealth) and director of the epilepsy surgery program at Memorial Hermann-Texas Medical Center.

Tandon, also an adjunct professor of electrical and computer engineering at Rice, hopes to ease the burden on doctors who take the long way around when planning brain implants for a single patient before the initial operation.

“Doctors want to make sure they’re targeting the right part of the brain,” Gardner said. “They do that by implanting these long, thin probes that are lined with electrodes, which then record over the course of several weeks, and they gather data.”

“Our part of the problem was figuring out exactly where to put those,” he said. “Doctors currently spend several hours planning each surgery individually. They look at all the data and based on their knowledge of what the brain looks like and the patient’s vasculature, the doctors decide what to do. We also need to avoid regions that are very dense and have a lot of blood in them.”

“The hope is someday, when we’ve had enough of a patient cohort and refined this technique further, this could save us a lot of time,” Tandon said.

The students, all senior CAAM majors, used MRI and CT data from 40 of Tandon’s patients to build models of each brain and decide where the probes should go, working with Rice alumnus Kiefer Forseth, a researcher in Tandon’s lab whom Gardner said was instrumental in the BrainGuide design and implementation process.

Gardner said each patient can have up to 256 electrodes on up to 20 probes – thin, plastic-encased wires that must not only avoid vessels but also cross the brain regions of epileptic interest.

With the proper data, the students claim their program can predict optimum electrode implantation in about 30 seconds and with a higher degree of safety than previous methods. “It’s ideal if we find trajectories that are perpendicular to the skull, because they’re easier to screw and more likely to follow the trajectory that we prescribe,” Gardner said. “That weighs in almost as heavily as the vasculature does.”

Having completed their part, the project now moves back to UTHealth for more validation, according to the students. “They need to validate and optimize this on a larger patient set moving forward, double check its accuracy and to compare it with previous surgeries,” Knight said.

“Obviously this work is a start, and there’s a lot more that needs to be done,” Tandon added. “What’s missing is that it is currently driven by what I have done before, which may not necessarily be what some other surgeon wants to do, so we want to create a template that works for any surgeon.”

Along with the doctor’s praise and thanks, the Rice team won the People’s Choice Award at the George R. Brown Engineering Design Showcase and a $500 prize on April 12. It also won the CAAM senior design departmental competition on April 18.