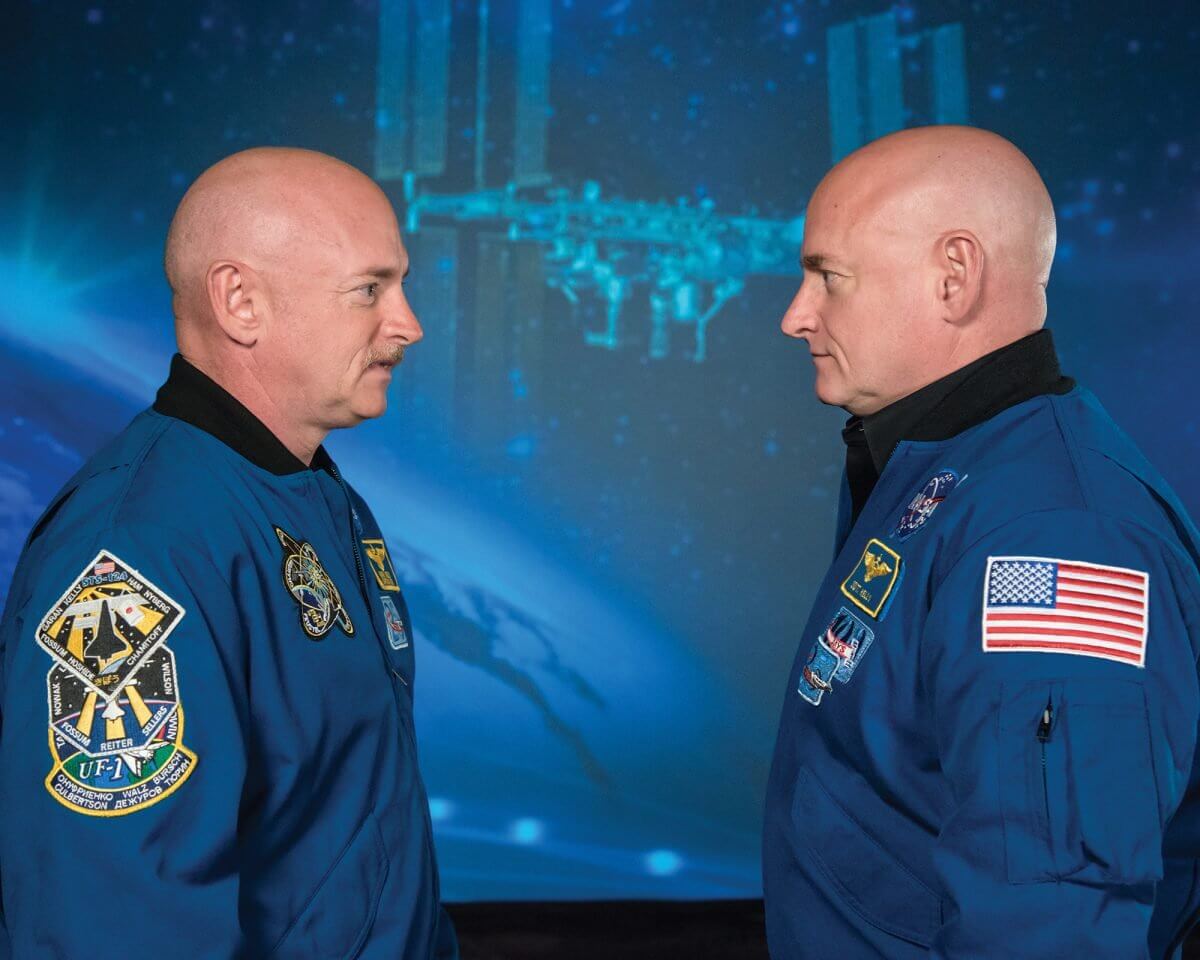 Two years after returning from his record-breaking year on the International Space Station, parts of Scott Kelly’s DNA remain altered. The revelation, which came from NASA in March, prompted Scott’s twin, Mark, also a retired astronaut, to tweet: “I used to have an identical twin brother. Then this happened….”

The research surrounding Scott Kelly’s DNA is part of NASA’s ongoing Twins Study, which analyzes Scott’s genome, as well as other molecular profiles, against his twin brother and also against Scott himself, pre-flight. This multi-omic approach—which compares data sets related to the numerous layers that contribute to DNA function and includes genomics, epigenomics, and several other “omic” disciplines—will allow scientists to understand the genetic and health-related effects of space travel as they work to answer a question critical for a mission to Mars: What happens to the human body in space?

“Understanding how zero gravity and radiation exposure affect the multi-omic signature of the human body is critical because it tells us about both life on Earth and in space,” said Brendan Lee, M.D., Ph.D., chair of the department of molecular and human genetics at Baylor College of Medicine. “If we are to go to Mars, these issues will be very important, because when you get to Mars, there’s not going to be a Texas Medical Center to take care of you. At the same time, I think by understanding how the body responds to a completely different environment, we will learn about whether there are applications on Earth that may benefit from those observations.”

NASA’s press release about Scott Kelly’s DNA revealed that 7 percent of his gene expression still has not returned to normal since he landed back on Earth. This finding might point to long-term modifications in genes related to his immune system, DNA repair, bone formation networks, hypoxia (lack of oxygen within tissues) and hypercapnia, which is a condition associated with too much carbon dioxide in the bloodstream.

The software that makes the genome work

NASA stressed that these variances are associated with gene expression and do not indicate an alteration of the genetic code itself. Changes in the actual DNA code, known as genetic mutations, do occur, and can contribute to harmful conditions or diseases, including cancer. But the study of changes in gene expression and of how this may relate to chemical modifications of DNA and of the proteins that bind DNA—a field called epigenetics—is more complex.

“I think it’s sometimes difficult to convey the concept that there are actually two genomes; that there’s the part of the genome that’s made up of our DNA, and then the part of what we call the epigenome, which is the programming, the software, that makes the genome work,” explained Cheryl Walker, Ph.D., director of the Center for Precision Environmental Health at Baylor College of Medicine. “When you think about the human body, all the cells and tissues in the body have the exact same DNA, and yet they function completely differently, and that’s because they have different epigenomes. The software that’s programming your liver cell is telling your liver cell to turn on all the liver genes and don’t turn on the brain genes, and the brain is saying turn on the brain genes but forget about the liver genes.”

That same software is also skilled at reacting to external, environmental forces. Scientists are beginning to understand that the epigenome can be modified as a result of exposure to chemicals, toxins, stress or any variation of the cell’s ecosystem, including changes in a person’s nutrition or climate.

“It is one of the interesting things about our biology that we are designed to protect our genome from change—we have so many mechanisms to repair damage to DNA and to make sure that mutations don’t occur—but our epigenome is actually the exact opposite. Our epigenome is designed to respond to our environment,” Walker said.

Lee noted that the epigenome is important because it allows the human body to adapt quickly to a new environment. Whereas changing the DNA code is a matter of slow-moving natural selection over generations, substantial changes in the epigenome can occur in just one generation.

Perhaps, then, it’s not surprising that changes have occurred in Scott Kelly’s epigenome as a result of the environment in space. But, Walker pointed out, based on the information NASA has released thus far, “we don’t know whether those changes in the epigenome are good and are helping the human body adapt to space, or whether they are reflecting an adverse effect of space.”

Baylor, which created the Center for Precision Environmental Health with Walker’s recruitment, is analyzing how Earth’s environment affects the genome and epigenome, as well.

Walker explained that the epigenome’s plasticity carries with it a vulnerability.

“We are beginning to understand that there are periods in our life when our epigenome is especially vulnerable to environmental exposures,” Walker said. “For example, the period of development is a time when all of this epigenetic software is being installed, when you go from two separate cells, from the sperm and the egg, to this complex, multicellular organism, and changes due to an environmental exposure can be carried with an individual for their entire life and can change their risk for disease.”

Walker hopes more details from the Twins Study will potentially shed light on these areas. NASA said an integrated summary publication should be released later this year—something the research community anxiously awaits.