Transplant New Yorker Battles Breast Cancer from the Inside

Transplant New Yorker Battles Breast Cancer from the Inside 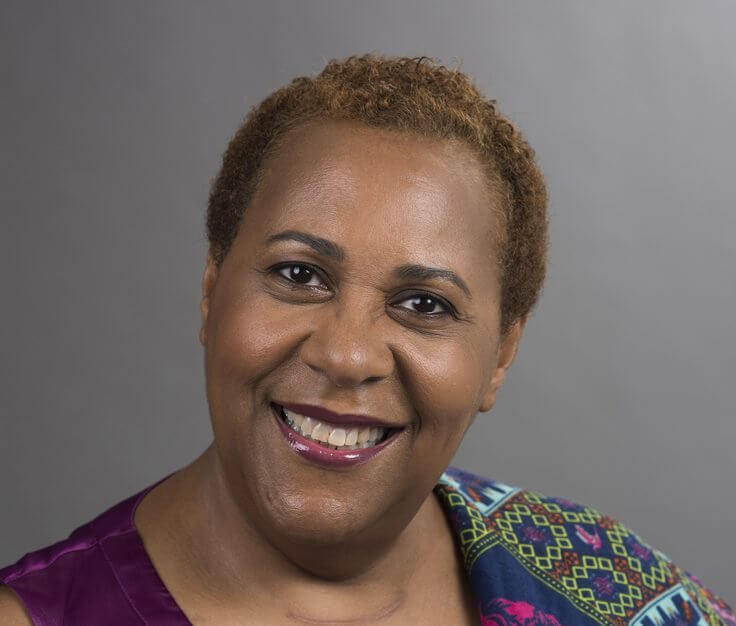 Jacqueline Bryce is new to Houston. She moved here in 2015 shortly after her job in New York was downsized. She had recently been treated for thyroid cancer and with family here, she felt Houston would be better for her health.

While Bryce was looking for a job, she volunteered at Harris Health System’s El Franco Lee Health Center where her primary care physician practices. She recently began working with a Harris Health vendor, Fresh Brew.

Bryce, 56, became part of the Harris Health family when she felt a lump in her left breast, but she was studying for finals for her medical business administration certification at Houston Community College, so she tried to ignore it. Her physician didn’t.

After a mammogram at Smith Clinic and a biopsy a week later, she was diagnosed with stage IV cancer. She had a lumpectomy at Lyndon B. Johnson Hospital and 20 rounds of radiation.

Bryce says her first bout with cancer prepared her for breast cancer.

“It was harder for my friends and family. I consoled them,” she says. “I found strength in my faith and I had people throughout the country praying for me.”

As she waited for her radiation appointments, Bryce crocheted scarves—25 of them. She gave them to staff members, family and friends as her way of saying thank you. And she educated herself about breast cancer.

She found an evening support group through the American Cancer Society.

“That’s a safe haven to ask all my questions,” she says. “Even though each woman’s cancer is different, we can relate to what each other is going through. If one person asks, ‘How are you dealing with …?’ someone may have the answer.”

Bryce found an advocate in her radiology oncologist.

“I didn’t know what to expect, but Dr. (Michelle) Ludwig and her staff walked me through it,” she says. “Her empathy and compassion made me feel comfortable.”

She encourages women to know their bodies.

“If you feel something, do something. Be proactive. Self-examine. See a doctor,” she advises other women. “If you’re not getting the answers you need, see another. Trust your gut. Get a second opinion. There is life after cancer. Don’t let it define who you are.”