Mission to Serve in Malawi

Anne Alaniz, D.O., is building medical facilities in her homeland

Mission to Serve in Malawi 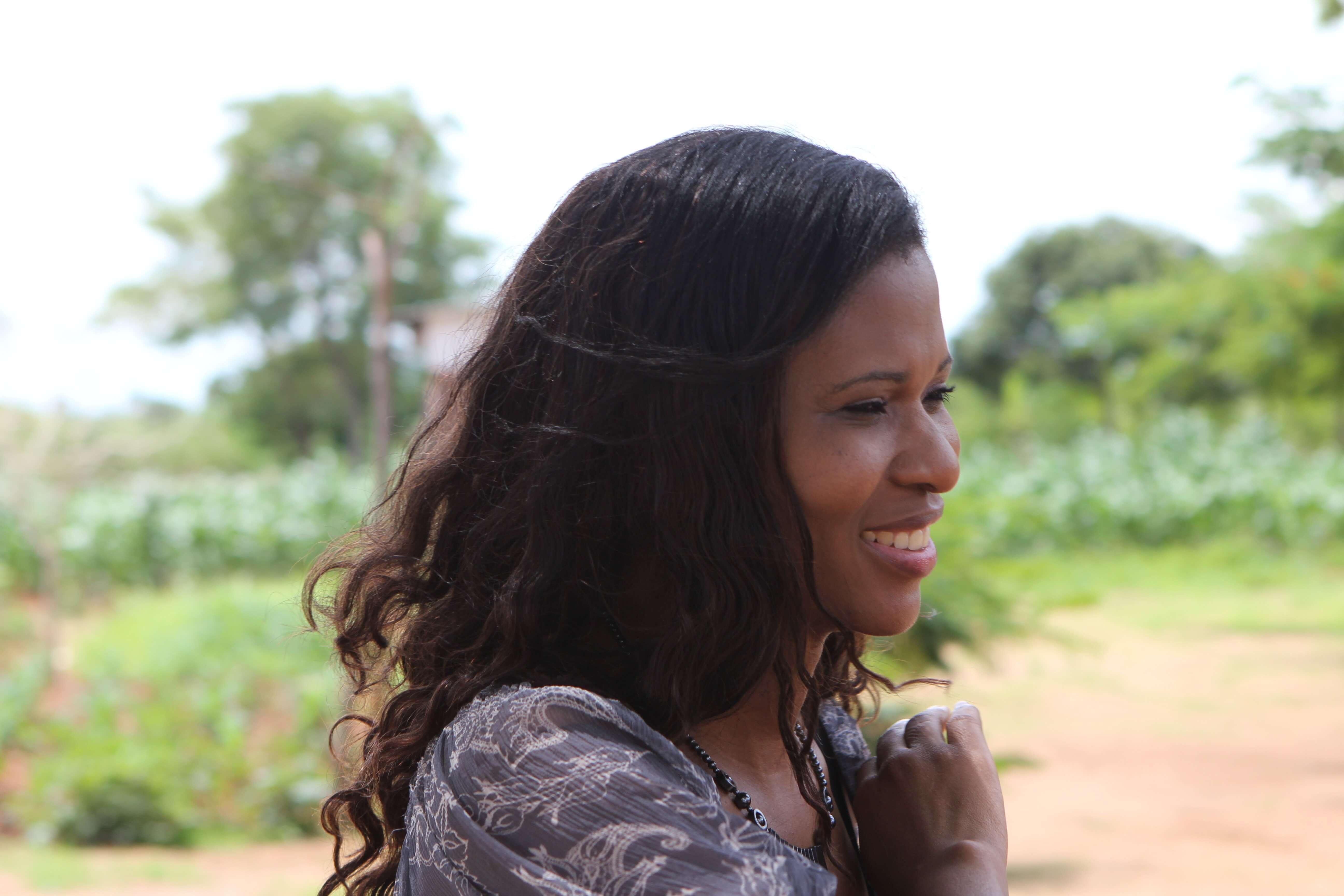 Anne Alaniz, D.O., spent most of her childhood in Malawi watching her father care for ailing men, women and children. Those formative years drove Alaniz, now a gynecologic oncologist at Houston Methodist Hospital, to build an outpatient medical center and other facilities in the Salima District of Malawi. In the rural village where she grew up, her father, Peter Maseko, worked as a clinical officer at one of the district hospitals, often with women delivering babies.

“I would always be sad when I saw people crying because somebody died,” said Alaniz, 41. “Every time I would hear the voice of somebody wailing, it would always be rough. I would think about that all night long. What could have happened? What went wrong?”

While most maternal deaths are considered preventable, maternal mortality and morbidity remain prominent health concerns in Malawi due to a lack of access to birth control, a poor health care system and a critical shortage of health care professionals in overcrowded facilities.

A study on maternal mortality trends by the World Bank, UNICEF and other organizations found that, in 2015, 634 maternal deaths per 100,000 live births in Malawi were a direct result of hemorrhage, infection, unsafe abortion, pre-eclampsia or eclampsia and obstructed labor. The prevalence of malaria, anemia, HIV/AIDS and tuberculosis also contributed to the high rate of maternal deaths.

When Alaniz was young, women from rural villages would walk great distances with their children to get medical care. Some would walk 30 miles, only to wait in a line with 300 or
400 sick patients in front of the hospital. There was no 911 service; there were no ambulances to transport the sick.

Families grateful for her father’s care would bring him chickens, eggs and goats as tokens of their profound appreciation for healing their loved ones. But not every patient survived.

“I remember … being there and my dad was wrapping dead babies and putting them on the moms’ backs, who were walking home on foot,” Alaniz said. “I always thought that giving birth was a dangerous thing.”

As the oldest child of seven, Alaniz became aware of the life-threatening risk her mother, Emma, went through each time she went into labor. Each time, Alaniz was convinced her mother was going to die.

Like most of the eldest girls in Malawi, Alaniz’s mother trained her to take over household responsibilities at a young age. At 10, Alaniz learned to cook, clean, take care of a baby and go to the market for supplies. She had to be prepared to take over as the matriarch of the family if her mother didn’t survive childbirth.

“I would always know when she was in labor because she would call me and start preparing me,” Alaniz said. “Shortly after that, she would leave and go to the hospital.”
Alaniz remembers returning home from boarding school one day when she was 15. As she got off the bus, she saw her mother walking towards her with a protruding belly: She was pregnant again, much to Alaniz’s dismay and disbelief.

“I remember being upset with her. I remember feeling angry,” Alaniz said. “I thought, ‘How could she do this again? To put herself through danger again? How irresponsible.’”

In 1994, Donna Ivey, M.D., a former emergency room physician at Harris Methodist Hospital in Fort Worth, arrived in Malawi to visit friends who were working with Alaniz’s father as part of a medical mission trip.

Ivey witnessed the injustice, poor health care conditions and lack of access to basic resources in Malawi and decided to bring Alaniz to the U.S., where the teenager could pursue her dream of becoming a doctor.

By helping to change the life of this one child, Ivey reasoned, she might be able to save the lives of many.

“The story with Anne is the proverbial rock thrown in the pond: The ripples go out and you never know where the ripples are going to end,” Ivey said. “God just happened to let me throw the rock in the pond, and that rock was Anne. The ripples have now washed on the shores of an orphanage, a clinic, a school, her life and her sisters’ lives, so I’m just blessed that God let me pick up the rock.”

Alaniz, then 17, stayed with Ivey and her family in the U.S. She enrolled as a high school senior at Community Christian School in Mineral Wells, Texas, and then attended Dallas Baptist University, where she majored in biology and chemistry as a pre-medical student. In between courses, Alaniz earned an income babysitting and tutoring in the writing lab, and sent the money home to help cover her siblings’ school fees.

She returned to her home country the summer after completing her first year of college. As the plane made its final descent into the international airport, Alaniz looked out at the vast canvas of nothingness—just trees, dirt roads and huts as far as the eye could see. It was so different from the soaring skyscrapers, vast concrete highways and bevy of cars to which she had grown accustomed in Texas.

“All of a sudden this stark contrast was so clear to me,” Alaniz said.

Revisiting her childhood and watching her father in the clinic, she became awestruck and devastated by the conditions plaguing her country.

She had grown up accepting that children died of malaria, diarrhea or water contamination. That women died during childbirth. That HIV/AIDS, malnutrition and poor sanitation were widespread. It was all she knew as a child, but after she returned as an adult, these realities suddenly filled her with sadness.

“I had come to the realization of the plight of my family, the plight of my friends, the plight of my country, and the shocker that this was the life I was meant to live forever. How could they lead a life like this—still in this world—while I had just come from my life in the U.S.?” Alaniz said. “It wasn’t even in the same universe.”

She returned to the U.S. with a renewed sense of purpose. As a way of reconciling the guilt she felt, she vowed to buy property in Malawi to one day turn into a clinic.

During her second year of medical school, Alaniz and her colleagues organized a garage sale and raised $1,500 over two weekends. Thanks to a donor who agreed to match the amount they raised, Alaniz used the $3,000 to buy land in Salima, Malawi.

In 2008, Alaniz and her father used the land to establish the Pothawira Clinic, an outpatient clinic that serves more than 150 miles of rural Africa. They have also built a church, a school, an orphanage and, recently, a birthing center on the property.

Alaniz and her team treat 300 to 400 patients each day at the clinic during her annual medical trips to Malawi, just as her father did throughout her childhood.

“I believe it was part of God’s plan to bring me here for me to do what I do,” she said.

Within the past two years, Alaniz climbed Mt. Kilimanjaro twice to raise money for clean water and the birthing center in Salima.

Her first trek in 2016 was a test of faith and perseverance. Seven hours into the climb, she and her group finally reached Stella Point, located 18,652 feet in elevation, just before the summit. Overwhelmed by exhaustion, blurry vision and a headache, Alaniz fell to her knees, crying hysterically. She had vomited several times and was physically incapable of taking another step.

“It clicked to me that there was a time when I said to God, ‘Use me until you use me up.’ I couldn’t see myself being any more used up than I was when I was on the summit, but it all made sense to me,” Alaniz said. “It seemed to me that the physical pain I was feeling was nothing in comparison to what a lot of women and children are still going through in Malawi.”

After Alaniz finished the climb to the top of Mt. Kilimanjaro, she went to work in the district hospital where her father worked. As she walked into the labor and delivery ward, she saw a line of nine or 10 women lying on black trash bags on the floor, delivering their babies.

One woman sat silently in a corner with a trail of blood next to her. She was hemorrhaging. Alaniz ran over, put on her gloves and began pulling clots of blood out of the woman.
Other women came to the hospital with ruptured uteri and dead babies floating in their abdomens: they had walked on foot to the hospital after being in labor for hours. Others came in with obstetric fistulas caused by babies who had died and were stuck in the women’s birth canals for days.

“These were the rooms I didn’t go to before,” Alaniz said. “Here I was finally seeing why my mother was in danger every time she got pregnant. This was the hospital where my mother delivered. She came here seven times and survived. I don’t know how.”

As a gynecologic oncologist in the U.S., Alaniz treats women who are facing their mortality because of cancer. Although the patients she treats in the U.S. are different than those she sees in Malawi, there is one distinct similarity. Both groups recognize the preciousness of life, Alaniz said.

But regardless of whether she’s in Malawi or the U.S., the goal remains the same: to serve.

“My philosophy in life is to serve others,” Alaniz said. “As Mahatma Gandhi said, ‘You won’t really ever truly find yourself until you lose yourself in the service of someone else.’”