Want something done? Call a Crosswell. 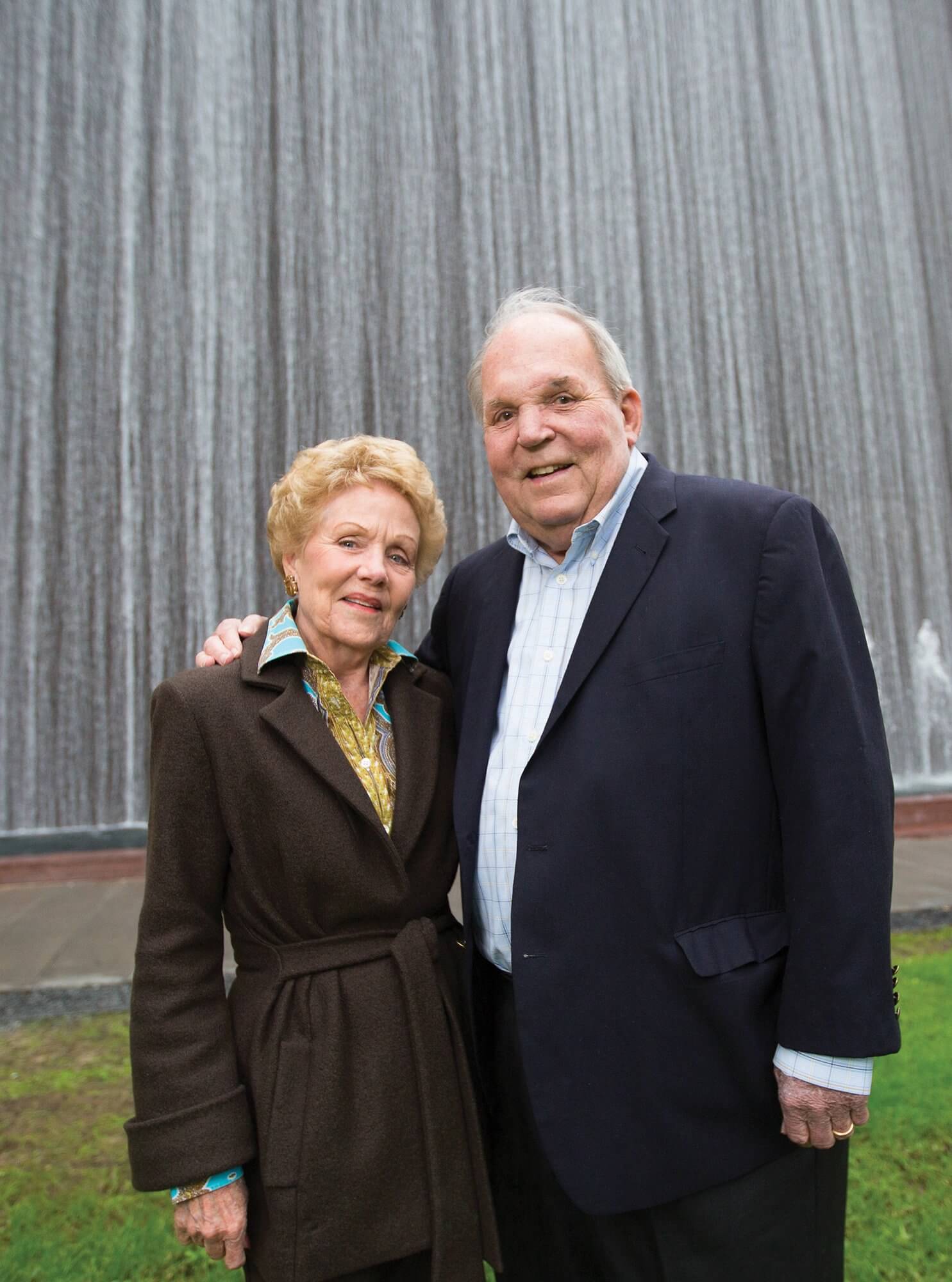 It was 1955 and Emily Attwell was entering The Kinkaid School as a ninth grade student. She was anxious; it was a new school for her, and that meant a host of new faces and new things to learn. But between classes, Friday night football games and a brand-new boyfriend named Holcombe Crosswell, it soon became clear that everything would be fine, after all.

Emily and Holcombe Crosswell have now been married for more than 50 years, and they have four children, 12 grandchildren and an extraordinary legacy of philanthropic work to show for it.

“You have to experience all of life, and I think the Crosswells do a great job of doing that,” said Ned Torian, a longtime friend of the couple.

The two wed as seniors at The University of Texas at Austin. After graduation, they moved back to Houston where both have strong family roots. Holcombe’s grandfather, Oscar Fitzallen Holcombe, was the longest-standing mayor of the city, serving a total of 22 years. Emily’s grandfather was an active civic leader and involved with what is now the United Way of Greater Houston. Both had family members on the commission responsible for the founding of the Port of Houston.

It’s no surprise, then, that the pair have dedicated their lives to the city’s development and growth, particularly the Texas Medical Center. The couple have carried the torch for their families, forever giving back to a city that, in many ways, built them.

“You ask what our impact has been on the TMC, and the real question is, ‘What has its impact been on us?’” joked Emily, who began volunteering as a candy striper at Texas Children’s Hospital when she was just 14.

Her long list of contributions to the city and the TMC include serving on the advisory board to Texas Children’s Cancer Center; chairing or co-chairing major fundraising events for Texas Children’s Hospital; working as a member of the board of trustees and numerous committees for Houston Methodist Hospital; and serving as a founding member of the board for Ronald McDonald House Houston. She has also held major leadership roles  at institutions including the Greater Houston Community Foundation, Denver Harbor Family Clinic, Houston Police Foundation, the Houston Museum of Natural Science, River Oaks Elementary School, the Junior League of Houston, DePelchin Children’s Center, the Houston SPCA advisory board and Bo’s Place.

Emily has loved every minute of it, but one experience, she says, will always stand above the rest.

Notably, Ronald McDonald House Houston was built next door to Houston Hospice—the site of Holcombe’s grandparents’ home, which was gifted to the TMC by his parents.

“You can tell our roots are really strong in this,” Emily added. “It’s just been a part of our lives. We grew up with it, you know?”

Holcombe—known to close friends as “OH,” for his first and middle names, Oscar Holcombe—has an equally impressive list of accomplishments. Professionally, he has held leadership roles in the energy, real estate and investment sectors, including NorAm Energy Corp. (now CenterPoint Energy) and the Griggs Corporation. He has served as a director and chairman of the Metropolitan Transit Authority of Harris County and is currently the chairman of the board of directors of the TMC. He has also chaired boards, campaigns and committees for Texas Children’s Hospital, the TMC, University of Houston-Downtown, The Kinkaid School, the “C” Club of Houston and The Joy School. He recently received a national honor from Sigma Alpha Epsilon (SAE), his fraternity at The University of Texas, in recognition of his philanthropic accomplishments.

“We love what we do and we’re lucky to be able to do it,” Holcombe said. “One of the things about us is that because we’re both so involved in the medical center, we not only support each other’s activities, but we understand the need of why we’re doing what we’re doing.”

Indeed, the couple work as a team in every facet of their lives.

“They’re so compatible and talented,” said Torian, who was one of Holcombe’s SAE pledge brothers. “Both of them have given so much time and talent and energy. I can assure you that if someone wants something done, and they can get a Crosswell on the board, they are halfway home. I think that they’re the two most giving people I’ve ever known, and I’m just proud to call them friends.”

Despite their commitment to the community, family and friends remain a priority. Torian recalled yearly trips where his family would travel to the Crosswell’s ranch in Hunt, Texas, to spend a week together.

“Those were the best times,” Torian said. “We would go the day after Christmas and stay through New Year’s. I think we did that 21 years in a row. Holcombe was always in the kitchen cooking; he’s a great chef, maybe one of the best I know.”

What’s next on the horizon for the busiest couple in Houston?  “We just keep moving forward,” Emily said, “focusing on what we’re doing now and tomorrow.”