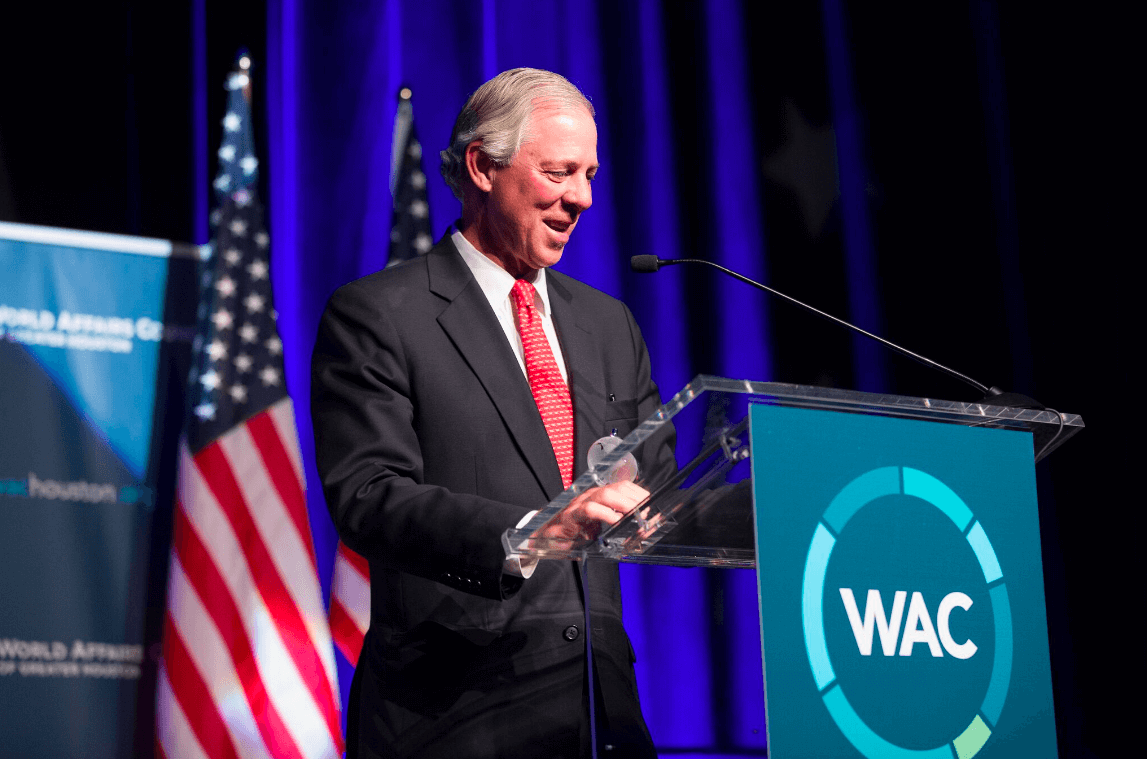 Each year, the organization selects an industry leader in the Houston area who has significantly impacted the Houston and global communities, modeling the same qualities and commitments as the award’s namesake.

“Jesse H. Jones was visionary in his recognition that the city’s future depended on our international engagement,” said Sandija Bayot, interim executive director of the council. “Dr. Robbins’s vision and tireless efforts to attract biotech leaders, investors and other stakeholders from around the world to innovate and partner with TMC institutions embody the spirit of the International Citizen of the Year Award.”

As an internationally recognized cardiac surgeon, Robbins joined the TMC in 2012 to increase cross-institutional collaboration and research initiatives around medical innovation, genomics, regenerative medicine and health policy. Since then, he has promoted the medical center’s engagement in the national and global arenas.

“Less than four years ago, we all found out that this fancy genius California doctor was coming to run the most sacred of Houston institutions, the Texas Medical Center,” said Paul Hobby, chairman of the Greater Houston Partnership. “I was trying to think tonight about what Houstonians have had a similar impact in that short period of time. I came up with J.J. Watt.”

While Robbins said he’s “no JJ Watt,” the level of growth, collaboration and research that the TMC has experienced under his leadership is unmistakable.

“In the last four years, I think we’re involved in something that even Jesse Jones and Mary Gibbs Jones, Monroe D. Anderson and George Hermann would be proud of,” Robbins said. “This is probably the most exciting life sciences project going on in the world today. We’re pretty excited about the work we’re doing, and I think that probably caught the attention of the board of directors.”

Click here to learn more about the World Affairs Council of Greater Houston.

About Jesse H. Jones
Jones served as the United States Secretary of Commerce and was a prolific entrepreneur who played a critical role in putting Houston on the map. His investments in local hotels, newspapers, banks and real estate and success in securing federal funding for the Houston Ship Channel are among his legacy’s long list of accomplishments and contributions that allowed the city to thrive. To further improve the lives of Houstonians, he and wife Mary Gibbs Jones established a philanthropic foundation in 1937, the Houston Endowment, that continues to donate funds and open cultural, educational, health and human services opportunities for the region.

About Robert C. Robbins, M.D.
Robbins joined the Texas Medical Center (TMC) as president and CEO in 2012. Since then, he has significantly enhanced the TMC’s commitment to collaboration by introducing five cross-institutional research initiatives centered on innovation, genomics, regenerative medicine, health policy and clinical research.