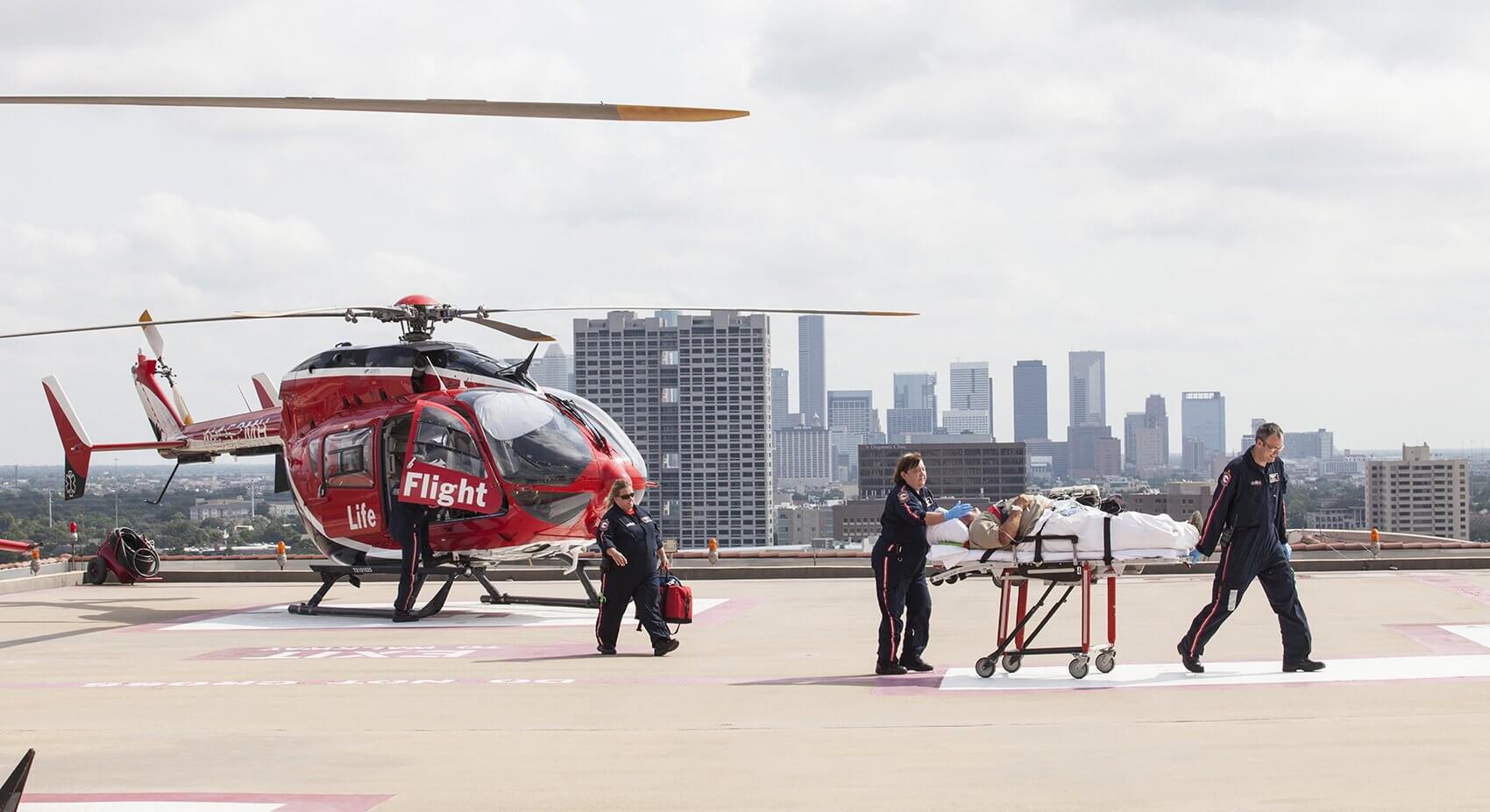 For the first time since its inception in 1976, Life Flight has announced a new director. Joseph Love, M.D., will become the second director of the program following in the footsteps of the late James H. “Red” Duke, M.D.

Love, a native of Alaska and a father of six, would not have become a doctor or the director of Life Flight if not for the urging of his wife nearly two decades earlier to apply for medical school.

“I had always had an interest in medicine, but I wasn’t sure that was what I wanted to do,” Love said. “If my wife had not insisted upon me applying, I probably would not have gotten into medicine.”

Love began his career after graduating from the University of Colorado, Boulder, with a degree in molecular cell developmental biology. He spent time working as a sales rep for Fisher Scientific and later accepted a position working for Alaskan Congressman Don Young. After being accepted into medical school, Love enlisted in the Air Force to help alleviate tuition costs.

“When I applied to medical school, my wife and I were newlyweds,” Love said. “My dad had been in the Department of Defense and I was aware of the scholarship opportunities available in the military.”

Love joined the Air Force soon after 9/11 and served served for 13 years. During that time, he was deployed to Afghanistan for eight months.

“It was by far the most rewarding experience of my life,” Love said. “Working in a war zone, surgeons must be able to work effectively in a high-stress environment, and that environment allowed me to put into practice all of the things I had been trained to do.”

Upon his return from deployment, Love met Duke back on base in San Antonio, where Love was stationed.

“Whether it be packing wounds with brown sugar or alleviating hemorrhages, I listened to him as much as I could and took his advice,” said Love. “That is how our friendship began.”

“I think my background in the Air Force is entirely responsible for me getting the job I have now,” said Love. “It was the military connection I had with Red that ultimately led to him having a lot more faith and trust in me.”

Although the two did not know each other for a long time, they had many shared experiences that made their bond stronger.

“Our shared background in the military started our friendship,” said Love. “We both spent time in Afghanistan as surgeons. Although they were two very different times, the training we went through and the locations were very similar.”

After Duke’s passing in August, Love was named his replacement, although he does not exactly see it that way.

“Red was such a huge personality and I don’t think anyone can ever replace him,” said Love. “If anything, I am more of a placeholder putting my own touches here and there.”

A few of his touches will include education, research and training for staff. As an evidence-based program, Love believes it is imperative for Life Flight to be up-to-date and prepared for everything.

“Red set up the institution that is Life Flight to be fairly self-sustaining,” said Love. “We have the best of the best nurses, paramedics and administrative support, and they are why it is successful. My job, the way I view it, is to keep it going the way [Duke] would have wanted it to.”