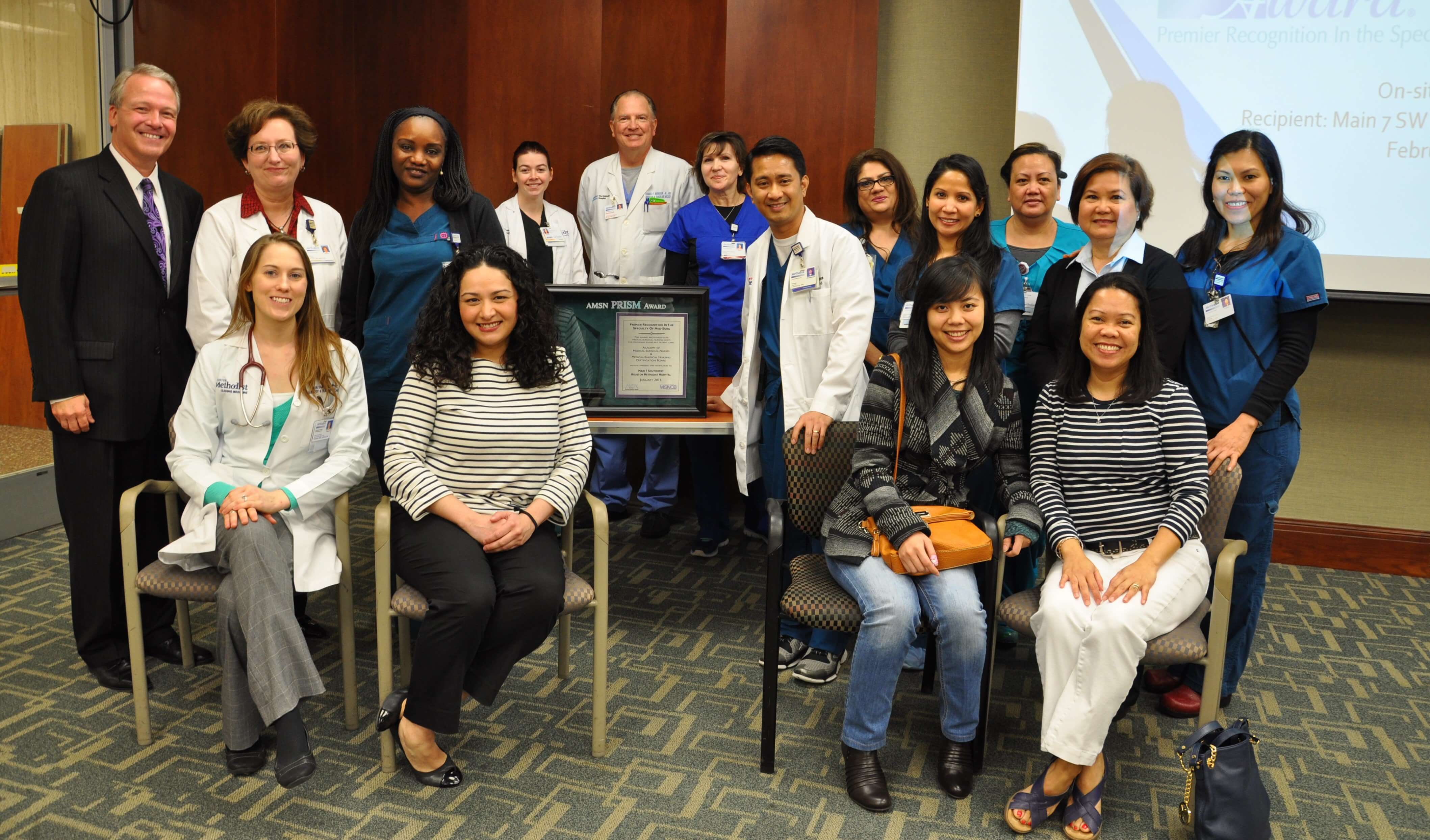 The award, which stands for “Premier Recognition In the Specialty of Med-Surg,” is the first of its kind honoring med-surg nursing units in the United States. It is co-sponsored by the Academy of Medical-Surgical Nurses (AMSN) and the Medical-Surgical Nursing Certification Board (MSNCB). The award is given to outstanding acute care/med-surg units or adult/pediatric units classified as med-surg. This unit, Main 7SW, scored the highest of all applications that were submitted.

“We are truly honored to receive this prestigious award from the Academy of Medical-Surgical Nurses on behalf of Main 7 Southwest and Houston Methodist Hospital,” said Susan Teer, the unit’s director. “This was the culmination of a two-year effort to collect the sources of evidence for the six criterion, compose, and submit our application. To receive the highest score and be the first unit awarded in Texas makes it even more special. We would like to dedicate this award to the patients and families who are at the center of everything we do. They give us the opportunity to do our best and make a difference every day.”