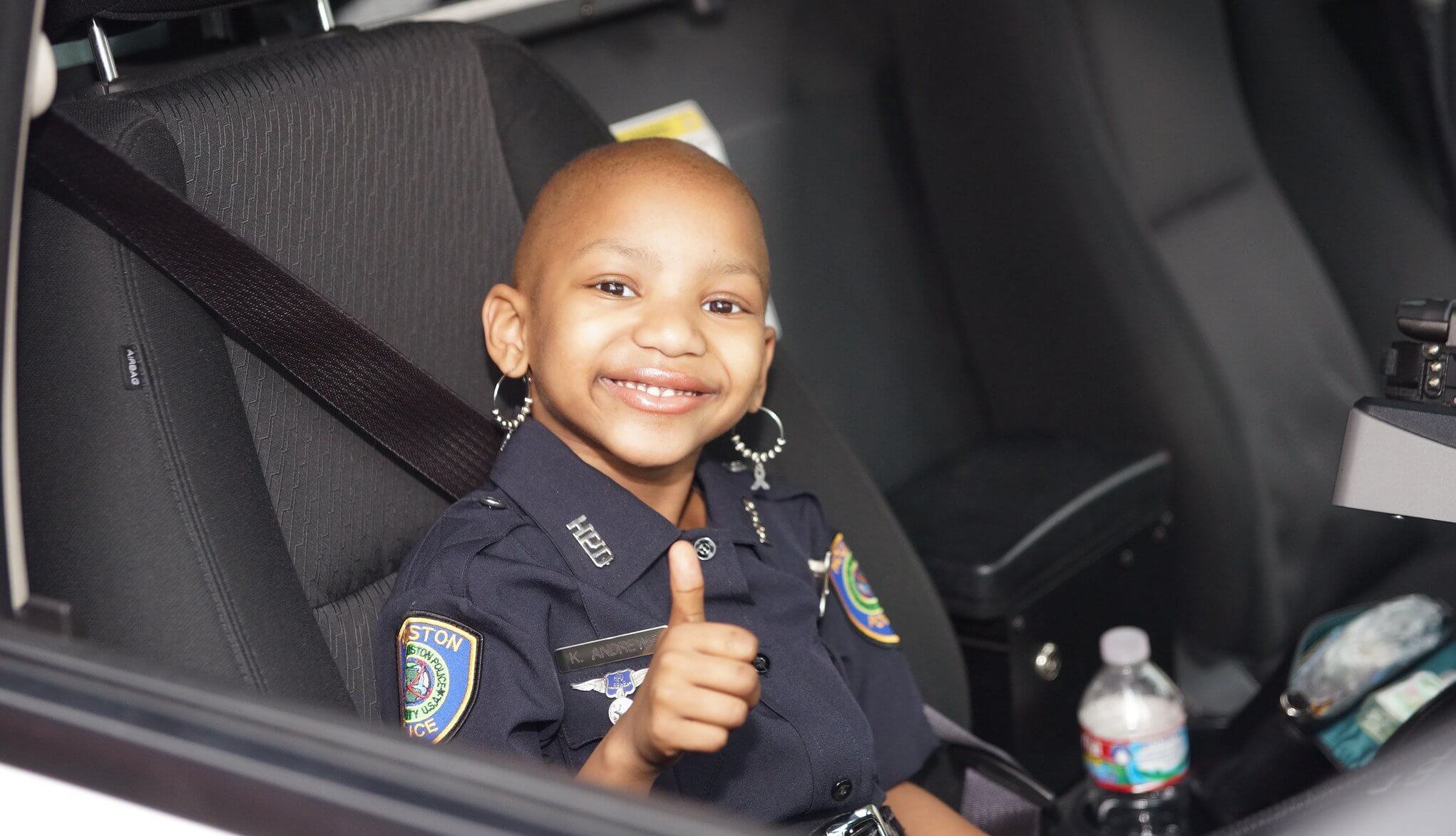 Six-year-old Khyrstin “Kyssi” Andrews has been battling cancer since the tender age of three years old, but that isn’t stopping the little firecracker, currently under treatment at The University of Texas MD Anderson Cancer Center, from following her dreams. Her most recent goal? To become a law enforcement officer — a wish the Houston Police Department and the Texas Department of Public Safety were happy to grant.

Decked out in custom HPD and DPS uniforms, right down to the boots and spurs, Kyssi recently got to spend the day with her fellow officers, meeting their canine partners, shaking hands with HPD’s robot, taking a ride on a Mounted Patrol horse and even pulling over a speeding motorist. The constant throughout the day was the big grin on Kyssi’s face, reflected in all who spent time with HPD’s youngest officer.

Take a look at Kyssi’s introduction to the world of law enforcement: