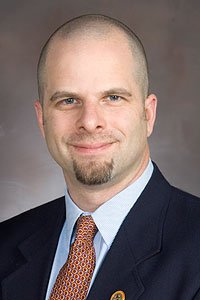 Cardiologists are quick to point to statistics showing that the “door-to-balloon” treatment time for heart attack patients has dropped significantly in the past few years. But a retrospective study reveals that those who call 911 are most likely to have suffered a severe heart attack and despite receiving treatment quickly, they are still dying at unacceptable rates, say Medical School researchers.

Results from the large retrospective study were presented at the American Heart Association’s Scientific Sessions 2011 by lead authorDr. James McCarthy, assistant professor of emergency medicine and director of the Emergency Center at Memorial Hermann-Texas Medical Center.

Door-to-balloon refers to the period of time from a patient’s arrival at the hospital to when a guidewire reaches the blockage and opens the artery with the inflation of a tiny balloon.

The results of the study showed that patients who call 911 instead of transporting themselves to the emergency room arrive 30 minutes faster and have shorter door-to-balloon times (56 minutes versus 70). Unfortunately, in spite of this they are more likely to be in shock (10.7 percent versus 3.5), suffer heart failure (9.9 percent versus 6.3) by the time they get to the hospital, and more likely to die during their hospitalization (7.2 percent versus 2.4).

“Those who call an ambulance are three times more likely to die because their disease is worse. They are much sicker,” McCarthy said. “We suspect that it means they have a larger infarct (area of damage). It’s a vulnerable population that despite rapid emergency medical services (EMS) and hospital care still has higher mortality.”

Previous UTHealth research has shown that if the artery is unblocked in the first hour after a heart attack, there is minimal damage. After three hours, most of the damage has been done so UTHealth researchers have been concentrating on how to shorten that time to two hours or less.

The only way to lower the current time from symptoms to opening the artery is to treat the patient in the ambulance, McCarthy said. A year ago he presented results of a UTHealth clinical trial called Pre-Hospital Administration of Thrombolytic Therapy with Urgent Culprit Artery Revascularization (PATCAR). That trial showed that the mortality rate of patients arriving via EMS could be lowered to 2.9 percent by giving them a low dose of a clot-busting drug intravenously before they arrived at the hospital. The research was a collaboration of UTHealth, Memorial Hermann Heart & Vascular Institute-Texas Medical Center (HVI), and the Houston Fire Department.

“We know we’ve optimized the hospital system and integrated that with EMS, but for the cohort that calls 911, that’s still not enough,” he said. “We need to figure out something else.”

The researchers looked at 37,715 patients in the American College of Cardiology’s National Cardiovascular Data Registry. The presentation title is “EMS Transport of STEMI Patients Shortens Ischemic Times and is Associated with a Higher Risk Population: Results from the ACTION Registry.”