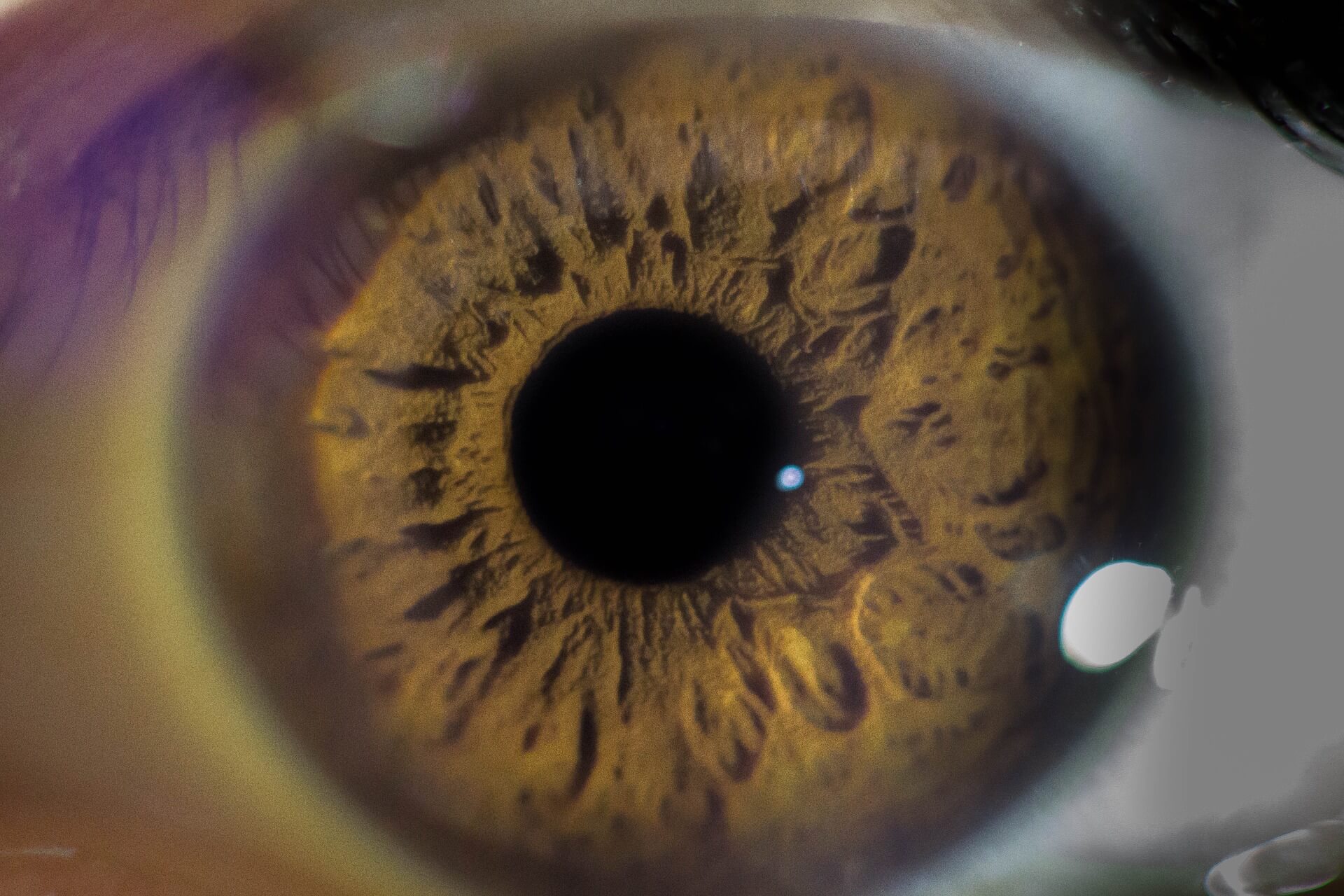 “I couldn’t even read the license plate of a vehicle in front of me. I couldn’t read a stop sign,” said Marks, a 62-year-old police officer and state trooper. “I didn’t feel safe. In my line of work, I couldn’t do my job. I couldn’t sit down to watch TV. It affected everything in life. Even when I was off duty, I couldn’t drive around because my distance vision was so poor. … When you can’t see what’s in front of you, it makes things a lot different. It can be very debilitating.”

Marks was diagnosed six years ago with Fuchs’ dystrophy, a type of eye disease that causes swelling of the cornea, which can lead to blurriness and pain from blisters that can develop on the cornea’s surface. Fuchs’ dystrophy affects approximately 4 percent of people over the age of 40 in the United States, according to the National Institutes of Health.

“I knew I was going to have to have surgery in my left eye, but I just waited as long as I could because I was afraid of the procedure,” he said. “I held it off for years and years and years, but it got to the point where I had to do something. I had to make that leap.”

In April 2019, Marks took his firearm qualification renewal test, which required him to shoot rifles, pistols and shotguns.

“It got to the point where I could barely see the target in front of me,” he said. “That’s dangerous as a police officer.”

Desperate for a solution, he went to see Rahul Pandit, M.D., an ophthalmologist at the Houston Methodist Eye Associates.

“The [back inside layer of the cornea] is critical for pumping out fluid from the cornea and keeps the cornea from being overly swollen,” Pandit explained. “If it’s swollen, then you can’t see through it because the cornea provides most of the focusing power for the eye.”

DMEK is the latest technique in the evolution of corneal procedures. Its predecessor, endothelial keratoplasty (EK), involved a full cornea transplant in which surgeons removed a patient’s entire cornea (approximately 8 mm in diameter), carved out a graft cornea from donor tissue and placed it into the patient’s eye.

“It’s definitely a larger procedure because you’re punching a hole in front of the eyeball,” Pandit said.

Instead of removing the whole cornea, surgeons make a quarter-inch-wide incision on the eye, remove only the diseased inner layer of the cornea and transplant an ultrathin donor graft the thickness of a strand of human hair.

“Say you have a cornea, which is about 11.5 mm from end to end on the front portion of the patient’s eye. We take a trephine, which has a blade in it and has a portion of it that suctions onto the eyeball so the eye can’t move,” Pandit explained.” You screw the blade down until it punctures the front part of the eye. It’s essentially like taking the lid off the pot until you get a new lid back on.”

Because the donor grafts are extremely delicate, the tissue is preloaded in a glass vial—like a soggy, rolled up piece of tissue paper floating in a vat of water—that attaches to a syringe and is injected directly into the eye.

“For years, no one would have imagined this,” Pandit said. “We now have these rolled up tissues of cornea that come in a little glass vial that is sent in the whole container system from these eye banks.”

The Geuder Pre-Loaded Glass Cannula that contains the corneal graft. The cannula attaches to a syringe, which allows surgeons to inject the graft directly onto the eye. (Photo courtesy of CorneaGen)

Additionally, DMEK not only helps patients recover their vision, but can produce improved sight once fully healed. Up to 79 percent of DMEK patients attain 20/20 vision, based on data from the American Academy of Ophthalmology.

Thanks to Pandit, DMEK and his donor, Marks said he now enjoys “high definition” in his left eye.

“My wife trusts my driving now and I can actually watch TV. Even today, I’d be sitting in the car and I’m telling her about license plates two or three cars in front of me,” he said, joyfully. “I wake up every morning and I can see much better than I ever had in the past. I’m just so thankful. It just exceeded my wildest imagination about what my vision would have been before I had this procedure.”