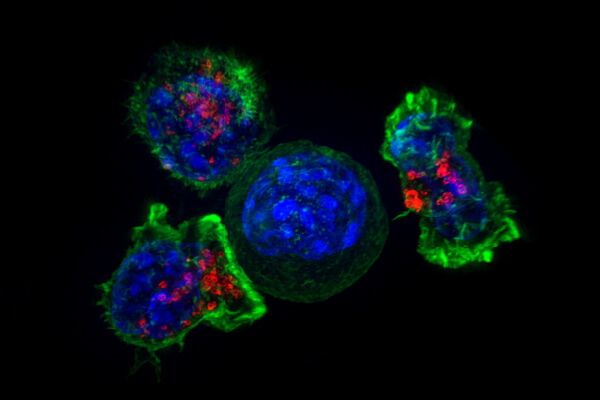 Having an idea begin in the laboratory and become a viable treatment or therapy for patients is a goal for researchers across the Texas Medical Center.

Ann Leen, Ph.D., and Juan Vera, M.D., along with their colleagues at the Center for Cell and Gene Therapy at Baylor College of Medicine as well as Texas Children’s Hospital and Houston Methodist, developed a therapy for cancer patients that harnesses the patient’s own immune system to fight cancer. The treatment uses a ‘natural’ T cell response that does not require genetic engineering.

The proposed alliance will enable the researchers to perform “advanced-stage clinical testing” to “realize the goal of making immunotherapy a mainstream therapy for patients,” Leen said in a statement.

Since 2010, more than 25 companies were created within Baylor College of Medicine to advance research from the lab to commercialization, according to Michael Dilling, director of the Baylor Licensing Group, which helps develop commercial relationships that lead to agreements supporting new products and services from Baylor research.

“Entrepreneurial activity has been increasing at Baylor,” he said. “In Marker’s case, that area of development in cell-based therapy is a hot area, and there is commercial interest.”

Meanwhile, The University of Texas MD Anderson Cancer Center has its own history of establishing companies to advance therapies under development within its institution.

“Houston is an untapped gem in the life sciences universe, and this fits with the way Accelerator approaches things,” said David Schubert, chief operating partner at Accelerator Life Science Partners. “There is a lot of great stuff here, which tends to be really early, but driven by powerhouses like MD Anderson, and I am a big believer of what’s going on here.”

Magnolia will develop novel therapeutics based on discoveries made by researchers in MD Anderson’s Therapeutics Discovery division, which includes more than 100 clinicians, researchers and drug discovery scientists working to develop innovative treatment options including small molecules, biologics and cell-based therapies.

“This is a really powerful group and we are excited,” said Ferran Prat, Ph.D., vice president of strategic industry ventures at MD Anderson.

Magnolia received $31 million in Series A funding—its first round of venture capital funding.

“Before, it would have been difficult to get investors, but we have established a good track record and have those connections that are on par with the Stanfords and Harvards of the world,” Prat added.

Magnolia also provides David Schubert, chief operating partner at Accelerator, a chance to further his work in Houston. He served as executive director of the Houston Area Translational Research Consortium at Rice University until 2014 and collaborated with Prat since then to understand how the innovation ecosystem works.

“Houston is an untapped gem in the life sciences universe, and this fits with the way Accelerator approaches things,” he said. “There is a lot of great stuff here, which tends to be really early, but driven by powerhouses like MD Anderson, and I am a big believer of what’s going on here.”