Stethoscope of the future?

Stethoscope of the future? 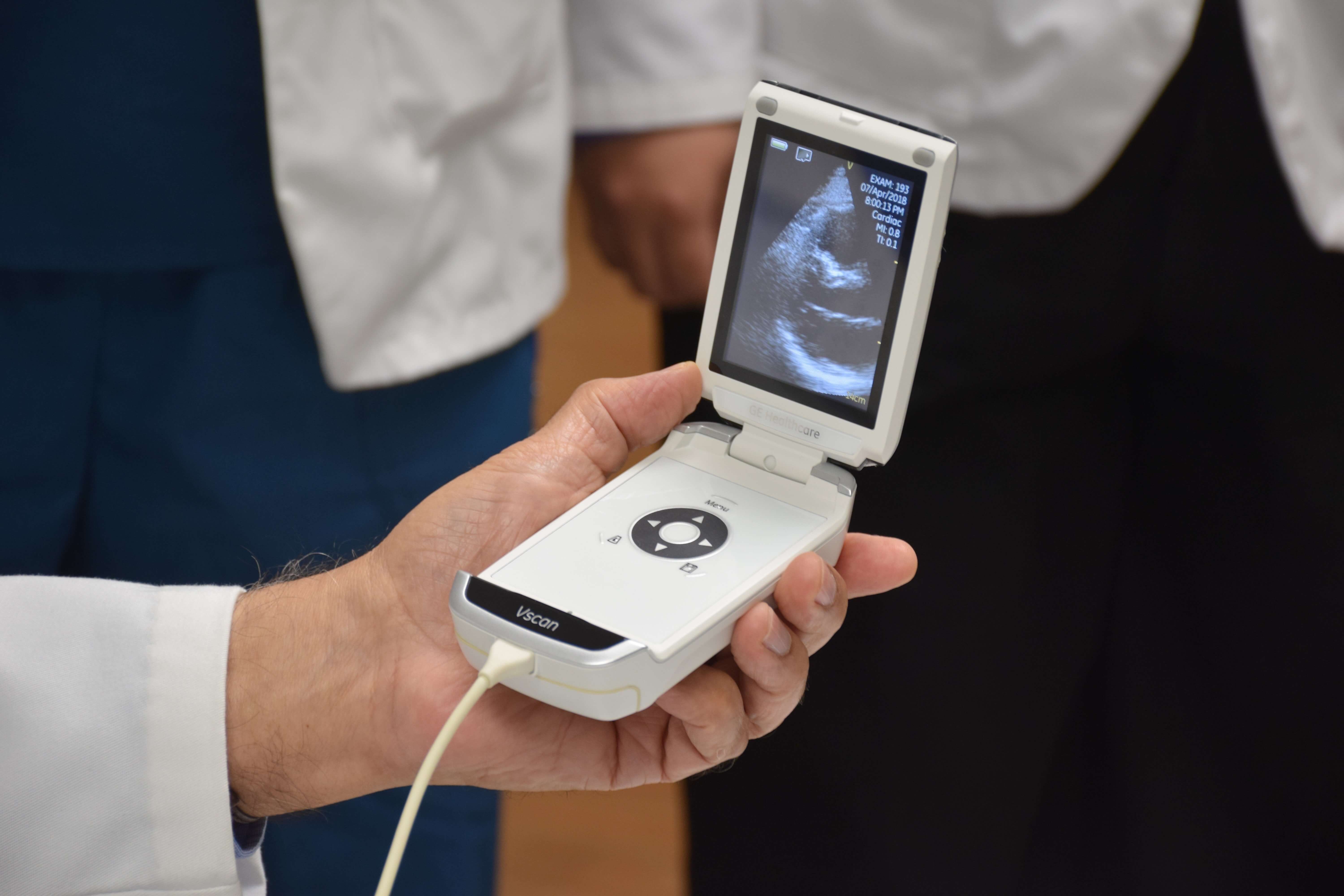 For the past two centuries, the stethoscope has been the iconic symbol of medicine. But if you ask Dr. Masood Ahmad, that could soon change.

As a professor of internal medicine and director of UTMB’s Echocardiography Lab, Ahmad has implemented a new course for second-year medical students in Point of Care Echocardiography. Instead of using a stethoscope to “auscultate,” or listen for heart sounds, students are trained to use a small portable ultrasound device that can get real-time images of the heart right at the bedside.

“Traditionally, every doctor carries a stethoscope and it is a very effective tool if you are well-trained, but the reality is we don’t have as many well-trained doctors who can use the stethoscope as we did in the old days,” said Ahmad. “As technology advances, we need to get students and physicians trained in using this handheld device, which weighs less than a pound and can obtain images with accuracy comparable to a large 400-pound scanner.”

Over a two-week period, students are introduced to sonography, receiving several hours of lectures followed by hands-on experience in the lab. As one of eight students in the first point of care echocardiography class, Paul Brindley said it was a great opportunity to learn about the new technology and how it can be more accurate than using a stethoscope alone.

“There have been studies showing medical students who had just a handful of hours learning how to do this correctly were able to diagnose cardiac abnormalities more frequently than board-certified cardiologists using stethoscopes, which is incredible,” he said. “It’s simple to use, but there is a technique to it—it has to be in a very specific spot and manipulated just right to get quality images, so that’s what we are practicing now.”

UTMB joins a large number of medical schools across the country that are implementing point of care echocardiography training in the undergraduate curriculum. After receiving positive feedback from the first class of medical students, Ahmad said he plans on offering the two-week course every semester.

Handheld ultrasound devices are being used in UTMB hospitals, but not widely—yet. Ahmad hopes there will be a time when all physicians and general practitioners have their own ultrasound devices—it will enable them to see how a heart functions instead of just guessing.

“There is always resistance in the beginning when a new technology is introduced,” said Ahmad. “The answer is training our physicians at an early stage while they are still in medical school so they are comfortable with this new technology and can use it in accurate assessment of cardiac patients. In this case, seeing is better than hearing.”